Intense clashes have been ongoing in the provincial capital of the Syrian province of Daraa since last weekend when the joint forces of the Free Syrian Army’s Southern Front and Jabhat Fatah al-Sham (formerly Jabhat al-Nusra) attacked government troops in the neighborhood of Manshiyah.

Since then, militants have made some gains in the area, but suffered notable casualties.

So far, the joint militant forces reached the Bilal Mosque Roundabout where they faced a stiff resistance from government troops.

If militants seize the Manshiyah Great Mosque, they will be in control of about a half of the neighborhood. 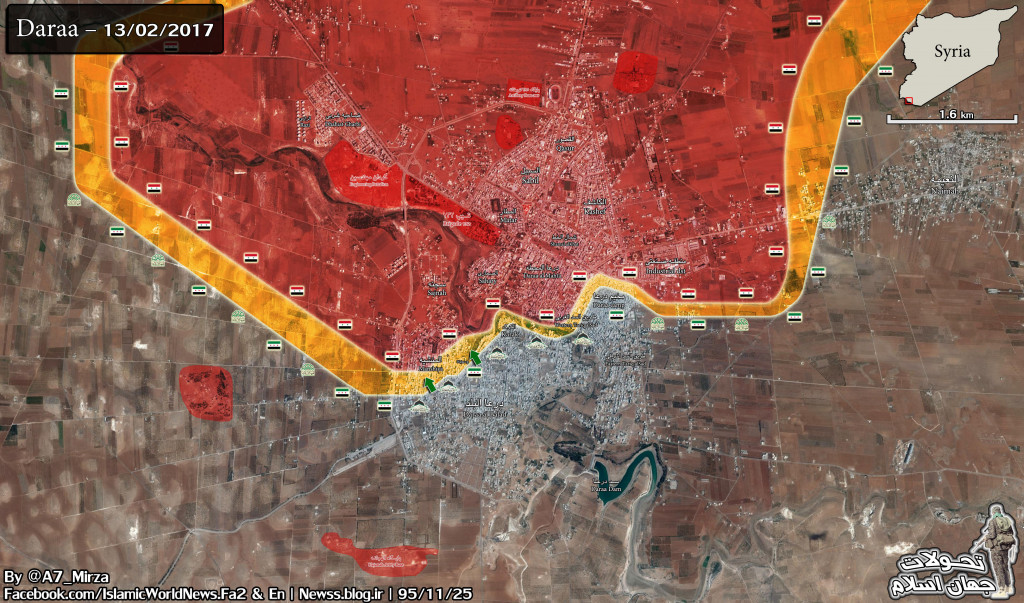