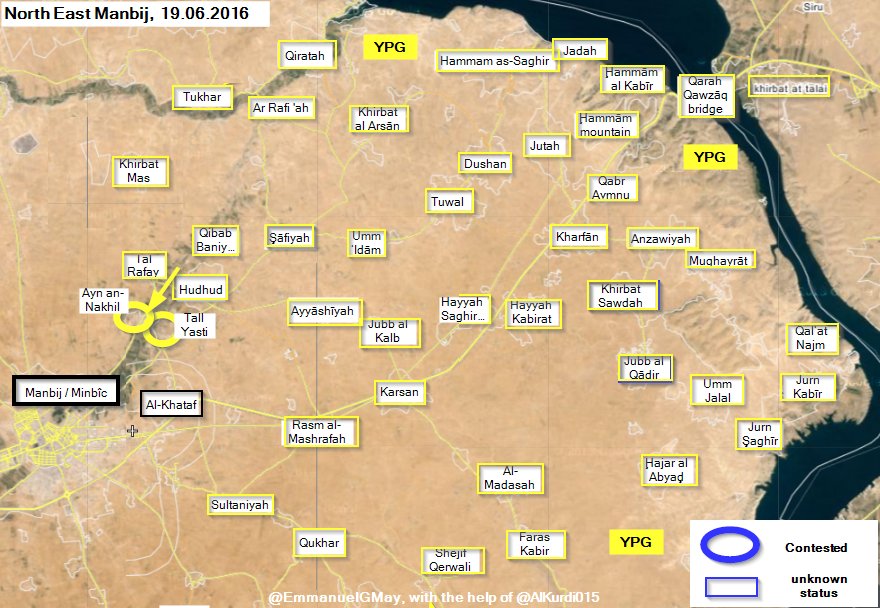 With completion of the siege of Manbij, the Kurdish People’s Protection Units (YPG) and allied Arab militias (the Free Syrian Army and others) have lost the initial momentum because ISIS trapped in Manbej resist intensively. Presence of civilians and a lots of booby trapped areas in entrances of city are main reasons of low rate of advances.

At the moment wheat silos and its surrounding buildings are the main base of ISIS and the group uses it to observe the advancing forces activities. As result this area has been bombarded by US-led coalition warplanes several times that caused damage to one of the biggest silos in Syria.

Comment to the map: It should be noted that the exact situation at the western frontline was not indicated properly because the map was drown on the ground of confirmed news: 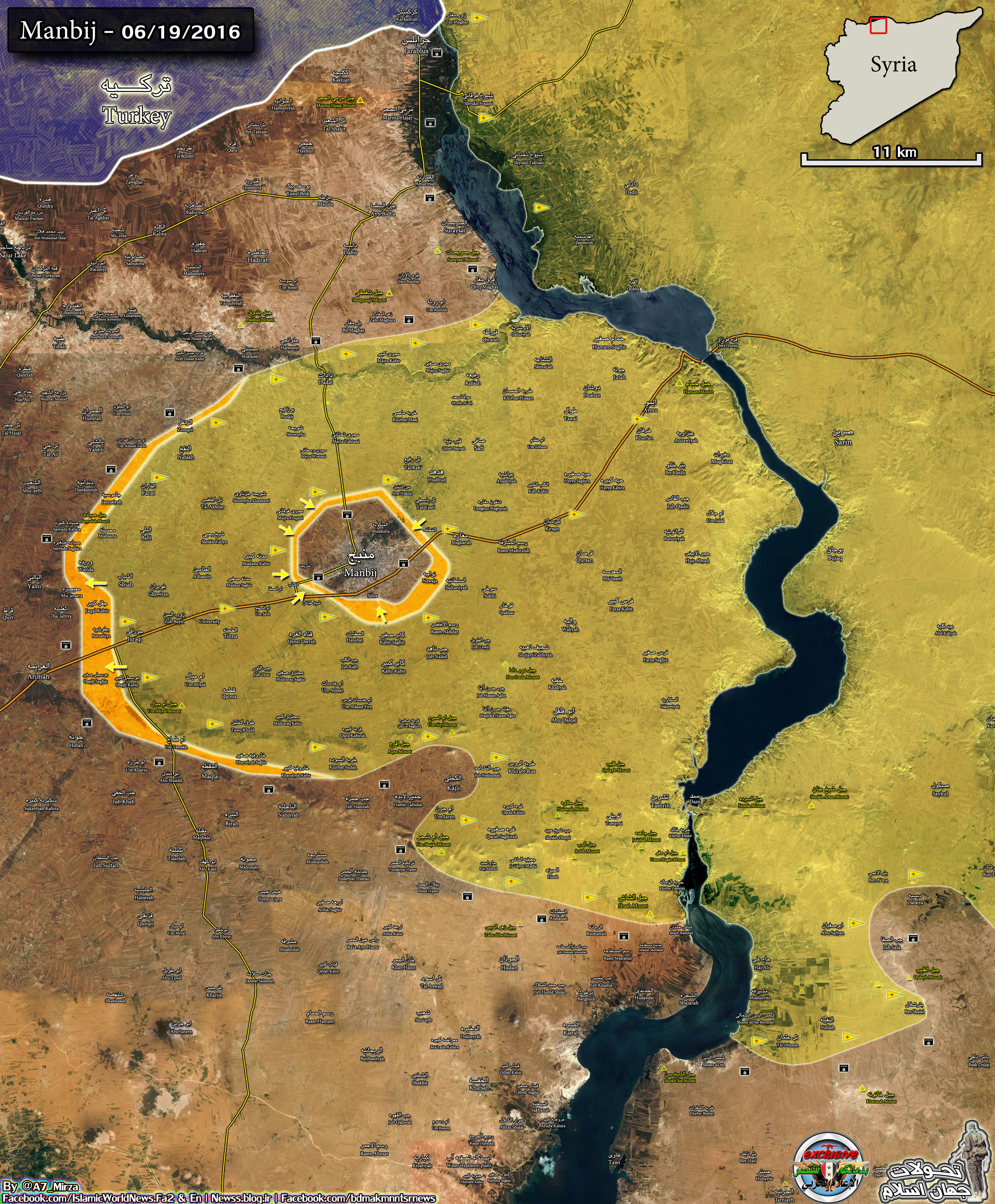 NSA is another small bunch of islamists, backed by the US.

One would have thought that the US would have learned something from Afghanistan, Iraq. There is no such thing as a moderate islamist.

Let them be crushed by IS or the SAA, good riddance.