Clashes between and the Kurdish security forces and Syrian troops erupted in Qamishli city on Wednesday evening. As result, at least two Syrian soldiers were killed. 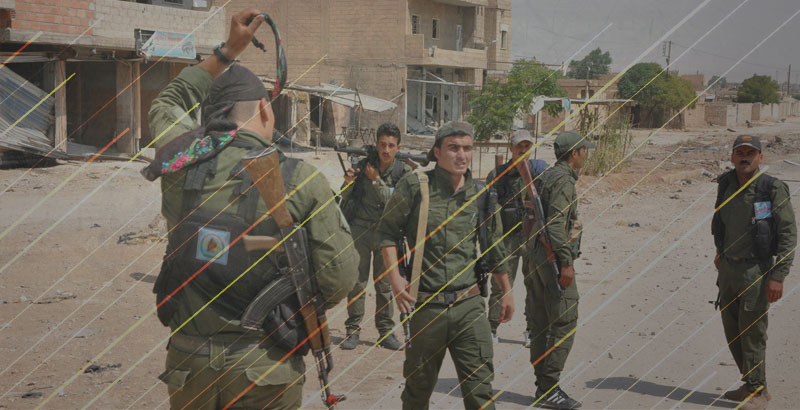 On Wednesday evening, clashes between pro-Assad troops and the Kurdish security forces, known as Asayish, broke out in the city of Qamishli, located in the northeast of Syria, the Ara news agency reported, citing unnamed Kurdish military sources. At least two Syrian soldiers, including one officer, lost their lives during the fighting.

According to the news agency, a reason of the fighting, which was concentrated on the al-Wahda street in central Qamishli, was a refusal of Syrian military to stop their vehicle, passing through a security checkpoint of Asayish.

“The Asayish forces fired on the car for refusing to stop, and then clashes erupted,” the news agency quoted a Kurdish officer, speaking on condition of anonymity. “It is our duty to prevent any breach into our security checkpoints in Qamishli in order to protect the people of the city against any terror acts, especially that we’ve faced a lot of threats by ISIS [Islamic State] terrorists in the past,” he added.

The news agency’s source also noted that “a prominent pro-Assad military officer in Qamishli,” Yasser Wazzeh, also was among victims, killed during the clashes, while only one member of the Asayish forces was wounded.

The Kurdish forces control Al-Wahda street and other main parts of Qamishli city. In April, heavy clashes between Syrian troops and Kurds erupted in the city. However, negotiations, which were held between the Kurdish leadership and the Syrian government, allowed to stop the fighting, which has already managed to claim lives of dozens, including civilians, by that time.

Those Kurds really do know how to make friends. Or in this case lose them. Maybe they’re trying to break the Palestinian record of being the best at making the worst decisions when it comes foreign relations and PR.

Of course being in the main part of the Kurdish Syrian territory they probably have a different POV then the Afrin Kurds, who really really really have to be friendly with the Assad regime and the Russians if they want to survive.

Really? If you were a soldier somewhere, in a region where there was common use of VBIEDs, and some people from a force not your own sped towards you with unknown intent, what would you do, wait and see what happened? Most soldiers would shoot. The people who tried to run the checkpoint were idiots, and garnered the fate such stupidity merits.

I think it’s great the Turks kick their ass. The idiots do not know how to get along with other ethnic groups. Instead working with Assad, they try to confiscate Syrian territory for their utopian Kurdistan. Fuck them. It would be another shithole like everything out there. If Assad and Erdogan were smart they would unite a wipe them out so they wouldn’t be a problem for at least 100 years.

Actually, NSR-Rojava has the most democratic structure existing the the Middle East right now, and incorporates people of all ethnicities and religions, including, of all things, more Syrian Turkomen and Erdogan can manage to recruit. Trying to drive through an armed checkpoint is stupid. What do you expect soldiers (of any nation or group) to do when a vehicle speeds at their checkpoint and refuses to stop, and in a region where use of VBIEDs are common on top of that?