On February 24, the Syrian Liberation Front (SLF) launched a new attack on positions of Hay’at Tahrir al-Sham (HTS) in the northeastern Idlbi countryside. Syrian opposition sources claimed that the SLF had captured the villages and towns of Maarrat Misrin, Hamdan, Hizano, Armanaz and Kuli.

HTS fighters also repelled a similar attack by the SLF on their positions around the strategic town of Atme on the Syrian-Turkish border, in the northeastern Idlib countryside, according to Iba’a.

Meanwhile, SLF leader Hassan Sufan released a video message in which it called on Turkish-backed Faylaq al-Sham and all other Free Syrian Army (FSA) groups in northern Syria to support the SLF battle against HTS. The SLF’s leader also called on local activists and civilians in Idlib governorate to organize protests against HTS.

Faylaq al-Sham and many other US and Turkish-backed FSA groups have not yet engaged in the ongoing battle between the SLF and HTS in northern Syria. These groups will likely remain neutral in order to maintain their good relations with their backers and HTS on the same time.

According to experts, Sufan’s message confirms that the SLF’s attack is aimed at eliminating HTS in northern Syria, not only countering its influence. The message was also viewed as a request for help because HTS had been able to launch very successfully attacks against the SLF, which had made only limited gains.

THIS IS GOOD NEWS.
THE RATS ARE KILLING EACH OTHER :)

picture, or nothing happened!

This is a pix from Idlib province : 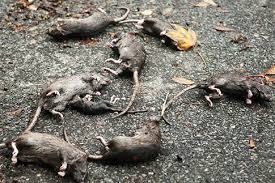 The best thing which saa could expect from those fools in idlib, while they are busy taking eastern ghouta, go hts and SLF keep on pulling each other’s dick!!!

All these factions are now safe under the umbrella of Turkish observation posts, which protect them from the loyalist forces that could have shut them down for good. These squabbles are just the culture of Idlibstan; Erdogan may yet get second thoughts about his Idlib pet project once the moderates’ internal disagreements irrevocably spread to Turkey itself.

Fantastic news, hope these fightings will be long.

Turkish rebel groups killing each other while Turkey can’t move 2 feet in Afrin.

Al kaida is on verge of annihilation

I was just about to post this link also :D
“After 100 hours of clashes, casualties for both sides now runs into the many hundreds.”
GREAT news if it is true, looks like a real battle going on in Idlib between these Jihadist. :)

Does SLF respect ABORTION RIGHTS? like Turkey? If not, and I doubt it, then I’m glad they are killing each other, which will help the environment unless they use depleted uranium.