Clashes between Syrian government forces and Free Syrian Army militants erputed in the Syrian province of Daraa on December 27. An intense fighting was reported in the outskirts of al-Naimah.

Nonetheless, local sources emphasized that no side attempted to advance in the area. 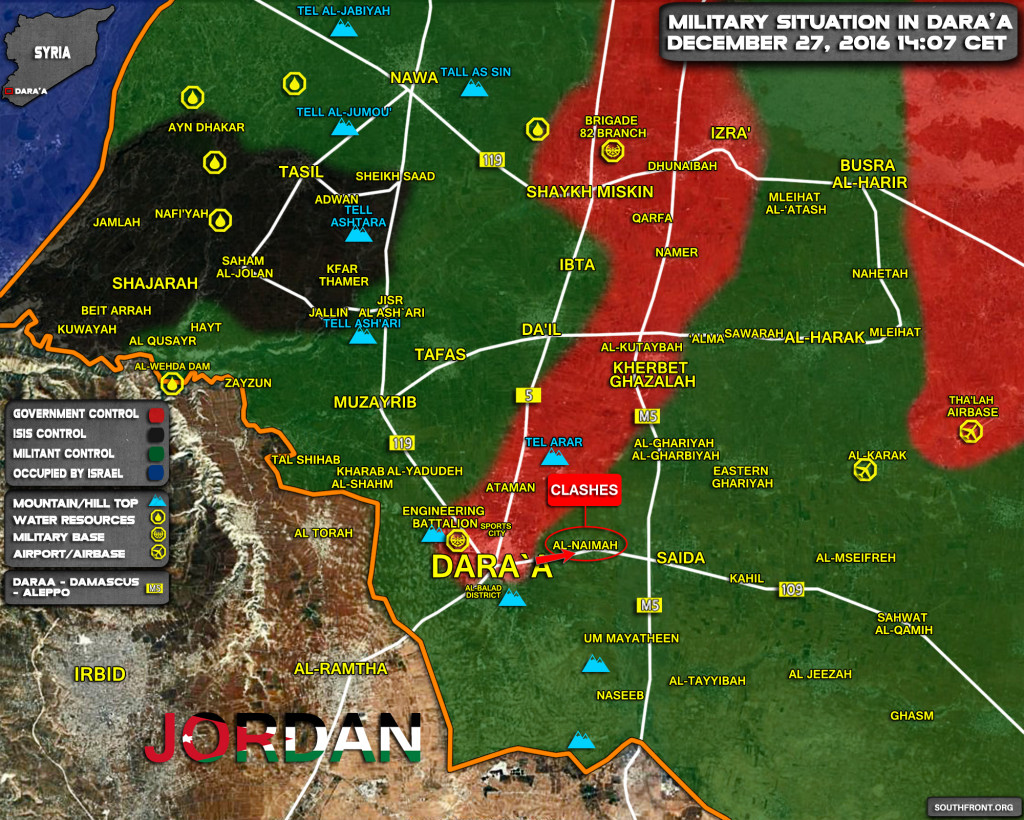