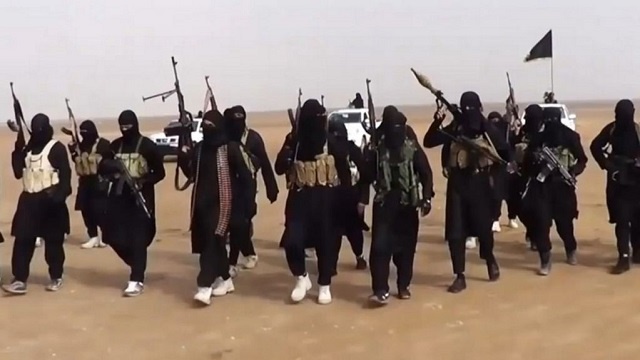 A suicide bomber has reportedly blown himself up in an ISIS members gathering in Kirkuk province, Almaalomah reported citing own source in the area. The attack allegedly took place in the Hawija area controlled by ISIS, killed 3 terrorist group members and wounded 4 others.

According to the report, the attack was a result of the ongoing internal division among ISIS commanders. As the ISIS self-proclaimed capliphate collapses in Syria and Iraq, its members have been searching ways to build their life in the post-ISIS period. Many of them see human, arms and drugs trafficking as well as other kinds of organized crime as a nice choice.

Civil war amongst isis? Theres no civil anything about those assholes… Maybe a goat fucker war or gay terrorist war but thats it

Unfortunately , probably , just an “error” , however I promise them more virgins if someone will do it again !

All the US terror gangs utilised all over the globe are just common criminals in pursuit of OTHER PEOPLES possessions. The US khazar elite are just the current ‘Mafia Bosses’ whilst they still have an Empire to subjugate the world with. The good news is that when most Empires collapse their Elite are usually brutally killed.

the second war of the goat fuckers huh?

Must have been the CIA… trying to kill the evidence of their filthy proxy wars… yanks have been DEFEATED once again by Russia!