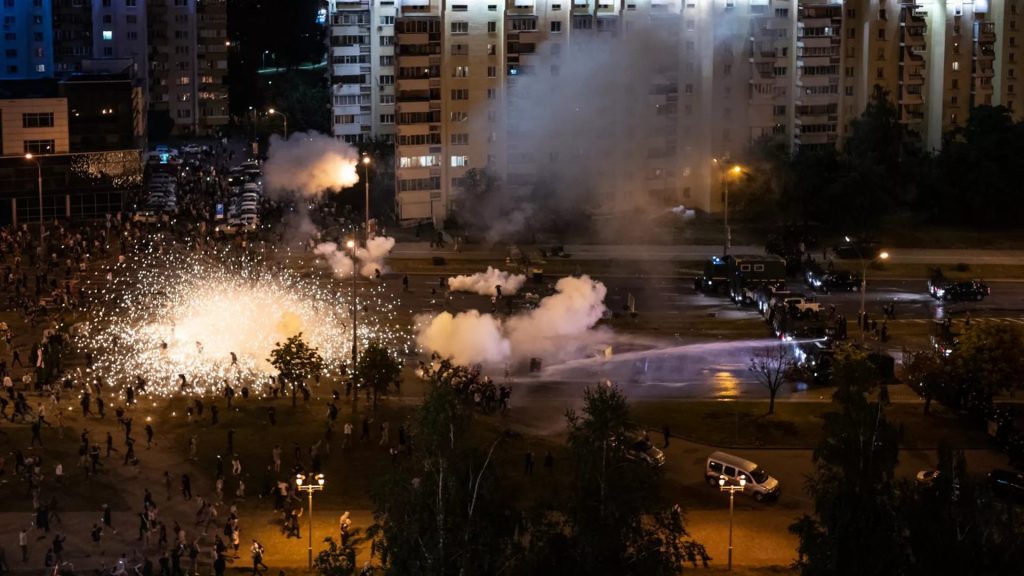 Director of the Russian Foreign Intelligence Service Sergey Naryshkin warned that the United States has been taking active steps to destabilize the situation in Belarus.

According to the released statement, instructors from the United States use “the most unscrupulous methods” on the territory of the republic to destabilize the situation. These are US “specialists” from the CIA, the Pentagon and the State Department.

Sergei Naryshkin added that Belarusian extremists are being trained in Poland, Georgia, Ukraine and the Baltic states with the participation of instructors from the Central Intelligence Agency and the Pentagon, affiliated with the US State Department of non-governmental organizations.

The United States is also interfering in the religious situation in Belarus, seeking to create tensions between the Orthodox and Catholics communities.

“According to available data, the United States is also unceremoniously interfering in the religious situation in Belarus, seeking to create a conflict between representatives of the Orthodox and Catholic branches of Christianity,” he said. “Trying to involve the Vatican, which is showing restraint in the Belarusian events, the Americans are working to more actively involve Catholic priests in participating in anti-government protests.”

The Foreign Intelligence Head noted that the US seeks to motivate the Roman Catholic Church to openly criticize the Belarusian government and use religious events, including sermons, prayers, religious processions, to conduct “opposition political propaganda among believers.”

People telling like them and them should be crusified with their heads down.

He’s a Russian whore, probably on CIA payroll too.

So far I see no proof.

He was very good and mad too…

Hi Tommy. At my point this one fits good too https://youtu.be/CLBtckWqbNE

the most unscrupulous methods…from the CIA, the Pentagon and the State Department…trained in Poland, Georgia, Ukraine and the Baltic states…trying to involve the Chatolic priests.

None of that is verified at all.

I see no radicals as well.

Whoever has organized it, they are in the most peacefull way demonsrations should be.

Who can predict major provocations like that. The provocarions are made by theLukashenko dictator by violence and 100 of arrests.

And therecan be 3 scenaries for the future there: 1) People go home, People do as now and 3) vilonce by the demonstraters,

The writer of this seemes to hope for number 3, so the influendce by those many people can be knicked down and out…

So You talked with Your TV:)

Cia preparing the same for Trump reelection, at that point it would make sense to clarify that cia is controled by city of London rather than white house

I hope for cold too. Belarus dont deserve Lukashenka anymore. Your berst hopes might be Purin united Belarus and Russia(again).