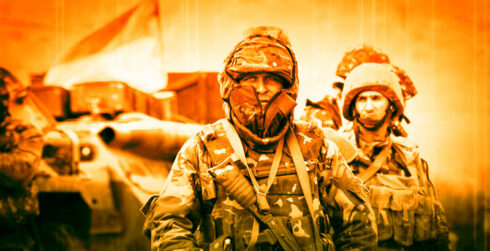 The U.S. CIA is reportedly overseeing a secret training program for Ukrainian special forces, in an effort to “enhance” their “ability to push back against the Russians.”

The US agency has been conducting the secret training program “for elite Ukrainian special operations forces and other intelligence personnel,” Yahoo News reported on January 13, citing five former intelligence and national security officials familiar with the initiative.

According to the report the program started at an undisclosed facility in the southern US in 2015.

“The United States is training an insurgency,” a former CIA official was quoted as saying. The official said that the program has taught the Ukrainians how “to kill Russians.” “If the Russians invade, those [graduates of the CIA programs] are going to be your militia, your insurgent leaders,” said the former intelligence official. “We’ve been training these guys now for eight years. They’re really good fighters. That’s where the agency’s program could have a serious impact.”

The foreign forces are reportedly training in firearms, camouflage techniques, land navigation, tactics like “cover and move,” intelligence and other areas, as well as “very specific training on skills that would enhance” the Ukrainians’ “ability to push back against the Russians.”

The forces trained by the CIA are aimed to play a decisive role in the event of an escalation on the eastern border of Ukraine. As the US and Ukrainian officials believe that Ukrainian forces are not able to withstand a possible Russian incursion by their own means.

These are merely Mercenaries. If these were true American Patriots they would be training Americans to defend themselves against Washington’s Jack Booted Storm Troopers.

Its not same kind of people. The American ones are political. Some seemes hard or impossible to improve.

The problem with Americans is mental. Even if Americans were communist, fascist, anarchist or monarchist they would be the same.

So basically a report stating “water is wet.” Nothing new here.

Thats right. Its used as propaganda. We all know USA try to be all over making relevant relations. Beacuse they are big, they are big in this too.

One has to read the terms of the Minsk Agreements to understand what the ‘forced’ objectives will be.. Minsk has provisions for the nation of Ukraine if the Agreement is not implemented and this is guaranteed.

How can 3 sheep deny written facts?

Im stooge troll. Ypou can read western medias covering my ass better then Yours. By thats You can add and subtract.

Ill change nothing in my english. This is about oppinions and no spellin test. Z´Sure we mqaonkies still are monkies no matter which close we have.

And as my tiny little dotted darft prick I do dount at least some. The reaso is knowledge by learning pays off and give me power. I have house with garden and organic tomatos with fertilizer from my behind, 2 old computers, schooters and a lot of chosen gaay porrn stuff in it.

I dont think. its my fault we are kept in illiteracy or insist in it. My husband mainly dont care. Those demonstarations are not assisted by “west” as well as “jews”. I verry love jews.

They try to find my little prick themself. So far the President shows it well inside even shooting to my ass and naming maybee millions as locals gangs and criminals and they all are on my ass.

Teaching people of other countries how to overthrow governments at the same time it is training American soldiers to hunt down and kill anyone who might consider the same thing in the the United States. That’s a new type of Global Terrorism and Tyranny. It sure sounds like whatever Species is running the United States has human extermination as their Agenda to me.

Good grief! While Russia has congregated 150,000 men for invasion along the Ukraine border, Resident Biden has not only allowed.. but encouraged 150,000 “foreigners/terrorists” to illegally cross OUR Southern Border… PER MONTH…. and the WORLD has seen Biden do nothing to protect America’s citizens! I imagine our allies are not too comfortable… or confident…with Biden “having their backs”…

Another alarming “aspect” from the above details is that “the CIA has also conducted paramilitary training for Ukrainian special operations forces at a facility in the Southern U.S. as part of a secret program that BEGAN IN 2015, and has sent agency paramilitaries to the front in eastern Ukraine to advise their counterparts there”. — Good grief! JoKKKe Biden was responsible for secretly training Ukrainian soldiers during the 4 years President Trump was in office? Sounds to me like Biden may have sabotaged America by halting “the WALL” on “Day 1”.