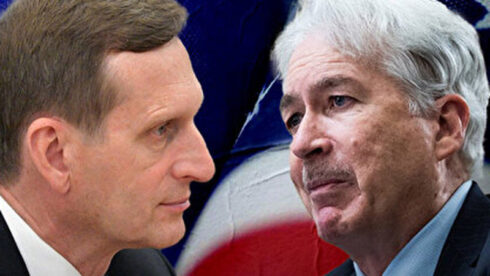 The US says the meeting was focused on warning against the use of nuclear weapons, not negotiations on Ukraine

CIA Director William Burns met with the head of Russia’s Foreign Intelligence Service (SVR) in Ankara, Turkey, on Monday, marking the highest-level face-to-face meeting between US and Russian officials since the February 24 invasion of Ukraine.

The unannounced meeting was first revealed by media reports and later confirmed by the Kremlin, which said the talks between Burns and SVR chief Sergei Naryshkin were requested by Washington.

The White House said that the meeting was not an attempt to negotiate an end to the war in Ukraine, but was focused on reducing the risk of nuclear escalation and the detention of US citizens in Russia.

“He is not conducting negotiations of any kind. He is not discussing settlement of the war in Ukraine,” a White House spokesperson told Reuters. “He is conveying a message on the consequences of the use of nuclear weapons by Russia, and the risks of escalation to strategic stability … He will also raise the cases of unjustly detained US citizens.”

The spokesperson repeated the Biden administration’s position that nothing will be negotiated about Ukraine “without Ukraine.” But there does appear to be a shift in the administration’s view on diplomacy, as up until very recently, there was no sign that any talks were being held between the US and Russia.

Recently it has been confirmed that National Security Advisor Jake Sullivan held talks with high-level Russian officials, and the US and Russia plan to resume talks on New START, the last nuclear arms control treaty between the US and Russia. Chairman of the Joint Chiefs of Staff Gen. Mark Milley has come out in favor of negotiations to end the war, although other high-level US officials oppose his push for diplomacy, including Sullivan and Secretary of State Antony Blinken.

Burns’ last known high-level meeting with Russian officials took place in November 2021, when he was sent to Moscow to warn that the US was watching Russian troop movements in the region. Earlier in his career, Burns served as the US ambassador to Russia and had warned in 2008 that NATO expansion in the region would likely lead to war.

In a 2008 cable released by WikiLeaks, Burns wrote: “Ukraine and Georgia’s NATO aspirations not only touch a raw nerve in Russia, they engender serious concerns about the consequences for stability in the region. Not only does Russia perceive encirclement, and efforts to undermine Russia’s influence in the region, but it also fears unpredictable and uncontrolled consequences which would seriously affect Russian security interests. Experts tell us that Russia is particularly worried that the strong divisions in Ukraine over NATO membership, with much of the ethnic-Russian community against membership, could lead to a major split, involving violence or at worst, civil war. In that eventuality, Russia would have to decide whether to intervene; a decision Russia does not want to have to face.”

looks like the beginning of the end. first, get Zelensky, that’s the key.

Exactly what I have been warning about. But first today Burns and Patrushev realize I was right.

Americans are in a panic,they want at least a ceasfire they have thrown $60billion at Ukraine so far they can’t keep that up,as far as Russia is concerned there is nothing to talk about.

Russia is not so smart after all. USA and UK managed to outsmart Russia again. It’s almost a rehearsal of Cold War when USA killed Russia’s father the URSS. Look, they should have taken Odessa during Phase1 in March 2022 when sending their own soldiers to their dead encircling Kiev and then retreat without accomplish anything at all (just a bluff to kill your own soldiers)…. Now we are starting to realize Russia did not had any coherent strategy in Ukraine, while USA / UK are outsmarting again Russia in the Big Picture. How do you feel that USA / UK killed your father the URSS and now probably they will kill you too.

The Russian Federation squandered its inheritance from the USSR. Putin’s economic reforms outsourced Russian industry and made Russia economically dependent on the West. Putin’s military reforms made the Russian army all white and fluffy, incapable of taking offensive action and seemingly incapable of even defending Russian territory.

And the USSR from whom?

Can this meeting be related to recent PKK terrorist attack in Turkey ? A point of view : After the nordstream sabotage by UK. Russia offered Turkey to be a gaz hub for EU via the Turkstream pipeline. USA officially consider PKK as a terrorist group. But the CIA can secretly support PKK in Turkey and use this terror attack as a warning to turkey to stay away from the EU market. USA need the collapse of the EU economy. It’s his pillow to soften his own collapse. Furthermore the great reset in Europe will lead eu countrie to war. It’s a long time perspective.

There may be some more topics they talked about ; for sure. Most important , they really met and it is officially confirmed by both sides. It means , the both sides are interested in managing the conflict , possible start of real negotiations. Actually a good sign.

“Russia offered Turkey to be a gaz hub for EU via the Turkstream pipeline.”

Turkey is strong enough , both in the global geopolitics and as a regional power. The country will surely withstand pressure from the USA and from Russia and make own decisions. No matter what PKK does and who supports these terrorists.

The toothless bulldog warning the bear not to strike with Nukes. 😂😂😂

Anyone that ever believes a single word that comes out of the US govt ws born yesterday. Lies, lies everyday more lies…..

Putin gave the Turks the Russia air defense system so the Americans could hack it and find how to defeat it. Putin talks the talk, but he is too dependent and risk adverse to walk the walk, an oligarch might get offended…

That is not how things work buddy, the exported version of weapons/systems are different from the real ones. Those exported systems are much harder to reverse engineer and leak a few things.

Also, you don’t “hack” you try to reverse engineer it, and even doing so takes a lot of time, by the time they reverse engineer a system there would be a new system/s or updated versions. Do you see how use less that would be?

I didn’t know the oligarch Kremlin still had spies. They seem about as effective as the Kremlin’s foreign service and the Kremlin’s army.

What a bunch of unmitigated horsesh_t by the USA terrorist state. Who are they kidding trying to be cop of the world, while being the only ones to attack civilian cities with nuclear bombs. Pathetic.

Oh about this, “The head of the Russian Foreign Intelligence Service, Naryshkin, flew from Ankara to Tehran after meeting with the head of the CIA, Burns.”