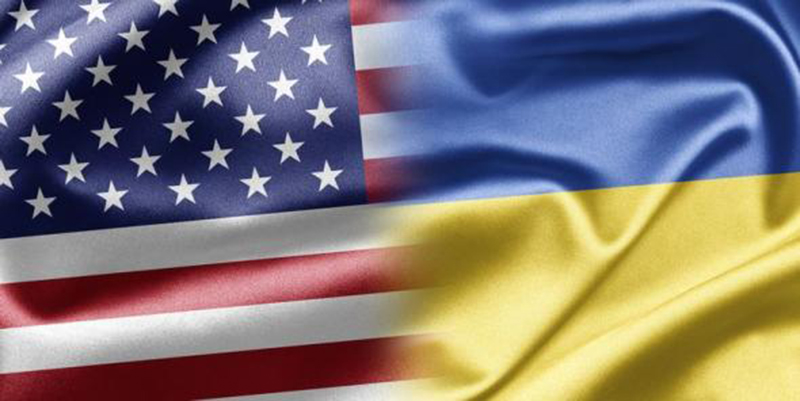 The United States is a well-known friend of the state of Israel and the Israeli leadership. The Trump administration even recognized the Israeli sovereignty over the Syrian Golan Heihts and is clearly aiming to make even more steps in support of Israel. Meanwhile, in another ‘partnter’ of the United States, Ukraine:

A member of the regional council, Bohdan Yatsikovskiy, was filmed singing a song calling for the killing of Jews during a church event in the village of Gnezdichno in the region of Ternopil.

Ukraine state official Bohdan Yatsikovskiy is singing his author song: «Yid is crying: Do not beat me please, and in the garden, in the silent corner, a rope is waiting for him (for Jew)». pic.twitter.com/F2z1ceztmk

After a member of the opposition party “the Opposition Platform — For Life” sent an appeal to Police to investigate Yatsikovskiy for inciting ethnic hatred, the Ternopil deputy called the accusations against him a “provocation”, and the song “folk art”. According to him, it was “a folklore version of the famous Ukrainian song, which is often sung by many Ukrainians in our region.” Therefore, the ‘Ukrainian patriot’ claimed that the instigation of ethnic hatred is supposedly an ordinary behavior for people living in western Ukraine. So, his actions are fine. This sounds pretty questionable. Taking into account that after the 2014 coup, Ukraine has de-facto became a colony of the United States. ‘Ukrainian patriots’ vowing to kill Jews, Russian-speaking people, and other groups that they hate are intentionally ignored in Western mainstream media.

Another interesting fact is that the aforementioned incident took place during a ‘religious event’ in the front of a local church, which was seized by pro-government radicals from the Ukrainian Orthodox Church (Moscow Patriarchate). Now, the church is controlled by the so-called ‘independent’ Orthodox Church of Ukraine. This pseudo-church organization was created with support from then President Petro Poroshenko, the United States State Department and the Ecumenical Patriarchate of Constantinople in December 2018 and got the tomos of autocephaly from Constantinople in January 2019. The seizure of properties belonging to the canonic Ukrainian Orthodox Church was among the key goals of the organization. So, its members together with pro-government radicals immediately started doing this, with mixed results. In the coming years, the ‘independent’ Orthodox Church of Ukraine split and almost collapsed under the pressure of internal contradictions (for money and power), but it still technically exists and churches controlled by it remain regularly appear in the center of various scandals.

That’s because Ukrozionazistan is a living contradiction that mustn’t exist but Russia decided to cede anyway to its global Ziocorporate terrorist “partners” because business and trade. All talk about how Western bankster scum funded the Bolsheviks and stuff, always forgetting that Hitler was also a great beneficiary of US/UK Zioterrorist financier support and investment, which was one of the reasons for Molotov-Ribbentrop, and that kind of Zioterrorist scheming has only been revitalised by Russia and China with their so-called “pro-business” tolerance.

The Atlantic thalassocracy has always worked to steal immense resources from Russia, first they sent Napoleon then they sent Hitler, the purpose was the same in the different ways, the Jewish question is just an irrelevant detail in view of the greatest theft of land and resources, the Jews were intelligent and made it a moralistic issue, but to the bankers who financed the wars on Russia the fate of a few hundred thousand co-religionists has always been a minor problem, greed is everything for them and the war on Russia continues inexorable even in our days.

Someone tell Bohdan Yatsikovskiy that he is welcomed to try it in Israel, let’s see who’s going to cry. He won’t be singing anymore.