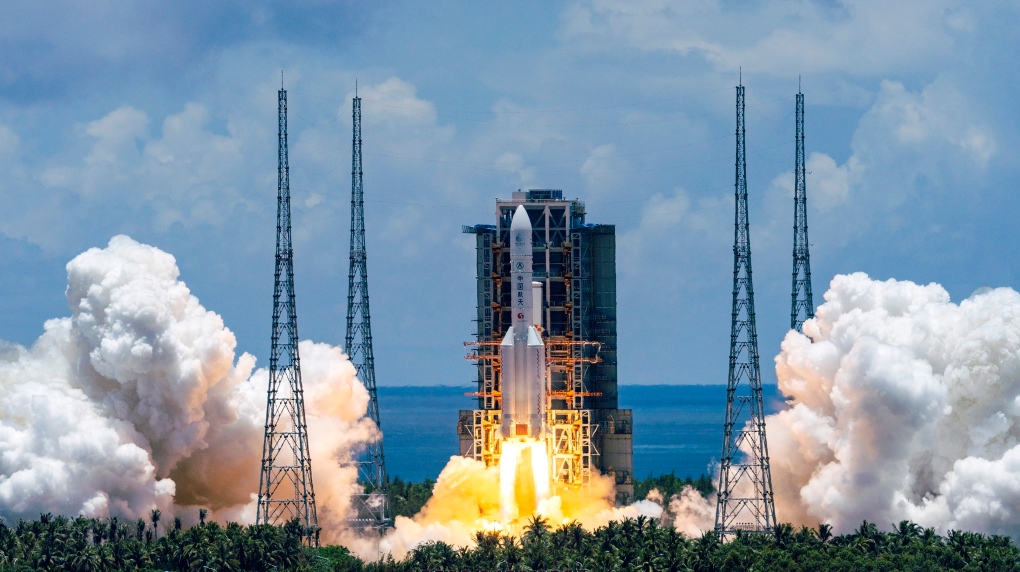 On February 10th, a Chinese spacecraft is preparing to enter orbit around Mars.

This takes place one day after an orbiter from the UAE entered orbit around the Red Planet.

The US plans to land another spacecraft on Mars in about a week’s time. Only the U.S. has successfully touched down on Mars — eight times beginning with the two Viking missions. A lander and rover are in operation today.

The official Xinhua News Agency reported that the spacecraft was expected to slow down around Wednesday before entering orbit and preparing for a Mars landing.

The challenging attempt to touch down on Mars isn’t expected for about three months. If it works out, China will become the second nation to ever do so.

Named Tianwen-1, the Chinese orbiter-rover combo needs to fire its engines to slow enough to be captured by Mars’ gravity after a 470-million-kilometer journey that took more than six months. It would circle and map Mars until the rover separates and attempts to land in May to look for water underground and signs of ancient life.

The latest three Mars missions were all launched in July to take advantage of the planet’s close alignment with Earth that occurs only every two years. The UAE’s orbiter called Amal, Arabic for Hope, began circling the red planet on February 9th to gather detailed data on Mars’ atmosphere.

The new space race is on, and unlike in the past when only the US and the USSR could take part, now (almost) everybody has the ambition to do so. 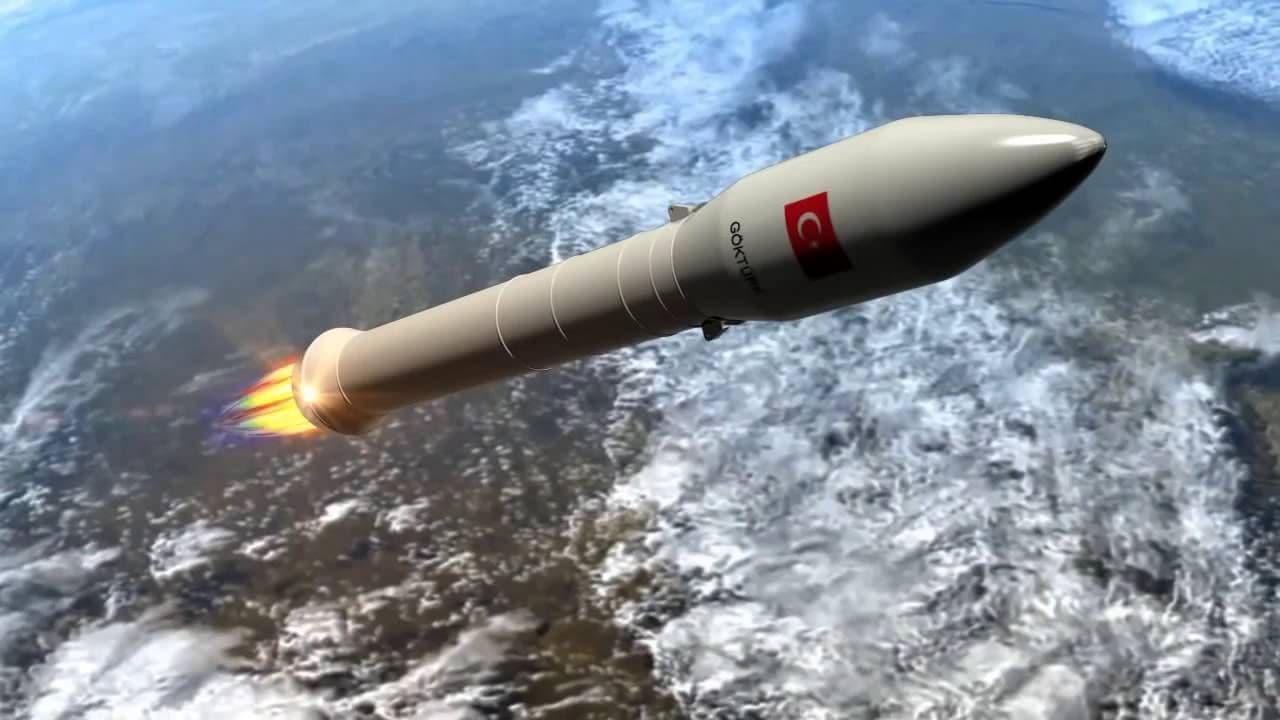 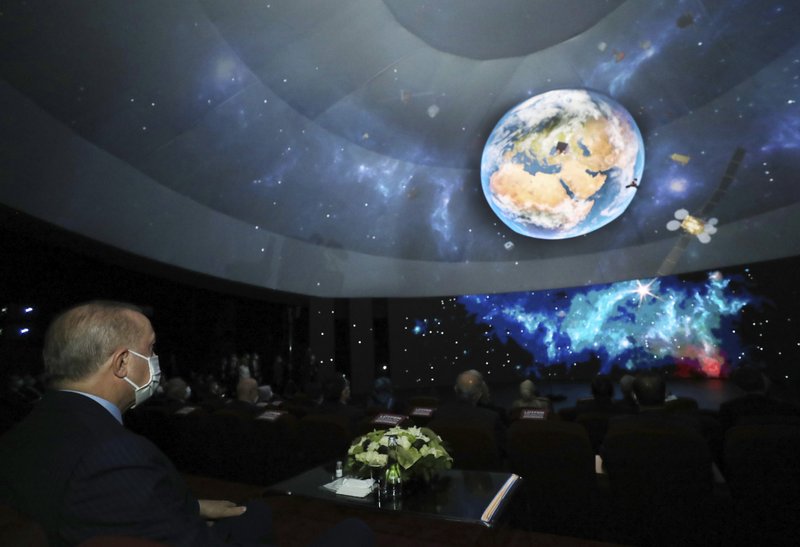 It includes ambitious plans such as sending Turkish astronauts to the moon.

“The first rough landing will be made on the moon with our national and authentic hybrid rocket that shall be launched into orbit in the end of 2023 through international cooperation,” said Erdogan. “God willing, we are going to the moon,” he added.

2023 is also the 100th anniversary of the Turkish republic.

Erdogan also outlined plans to build a spaceport and create a “global brand” in satellite technology.

“I hope that this roadmap, which will carry Turkey to the top league in the global space race, will come to life successfully,” he said.

Turkey started its space agency in 2018, despite criticism over spending large amounts of money on the project amid an economic crisis. However, supporters of the project see it as an opportunity to retain researchers and reduce a brain drain.

Erdogan didn’t reveal any more details. In January 2021, he spoke to Elon Musk, the chief executive of SpaceX, on cooperating on space technologies with Turkish companies.

Back then, Turkey launched its Turksat 5A satellite into orbit from the US in cooperation with SpaceX.

Surprisingly, Erdogan didn’t say that the Moon was part of the historical lands of Turkey, and under Ottoman rule. There are also no Turkic brothers to rejoin there.

Regardless, all the talk about the new space race, space militarization, (potentially) shared resources and whatnot appear to prompt many states to try and participate in it.

“Surprisingly, Erdogan didn’t say that the Moon was part of the historical lands of Turkey, and under Ottoman rule. There are also no Turkic brothers to rejoin there.”

Oh but you’re wrong SF, the moon is clearly displayed on Turkey’s flag, ergo the moon belongs to Turkey. /s

Seriously though, Erdogan is dreaming if he thinks Turkey will become a space power of any significance anytime soon.

it is mostly just for PR. Countries which are trying to reach moon mars or send lunar orbiters don’t care about military or economical use of space. There are countries who will full go for military use of space means only limited to sending high advanced satellites to every orbit (like Israel, Iran, Russia, DPRK..) and other countries who will just use space for more PR (South Korea, India, Turkey maybe, …) and other who use both (China, US)

Seriously though, Erdogan is dreaming if he thinks Turkey will be of become a space power of any significance anytime soon.

never can happen, they are mainly just an assembly line using various parts from various countries to assemble their so called innovative products, like their drones and missiles not exactly innovative, they have no real R&D, money or experience. unlike UAE who has lots of $$ can buy scientists former aerospace engineers as well as have access to higher tech partners but they also will never be like rus/usa/china or eu and even india.

The sun is Ottoman too.

THE OTTOMOON EMPIRE STRIKES BACK!

Oh goodie! A kebab stand where you need it most!

Turks are such delusional people..

Soviet Mars( Mars 2,3) was the first spacecraft to reach the surface of Mars.

Do crash landings count? :) The very thin atmosphere allows an object to hit very high terminal velocities, plus it makes parachutes not as effective as here on earth.

Mars-3 did not crash. It soft-landed successfully was transmitting from the surface when its radio link was cut (the orbiter acting as radio link dropped below the landers horizon and its signal was too weak to reach earth without the orbiter repeating it).

The orbiter was suppose to enter a 24 hr (?) orbit but ended up in a looping 14+ day orbit and spent most of its time well outside the probes radio range and/or its line of sight. By the time it returned over the landing site the landers batteries were long dead.

Evil tongues say Erdogan only wants to build a mosque on the moon for visitors. The reason is that the religion of peace must also be established there.

I suspect this has to do with Erdogan not liking getting upstaged by the UAE with their Hope Mars mission. I wonder which rocket carrier will be used. It won’t be anyone allied to the US so that leaves China, India and Russia.

The United Wahhabi Emirates can’t even build a stick rocket.

“Only the U.S. has successfully touched down on Mars — eight times beginning with the two Viking missions.”

Not strictly true. The first successful landing was Mars-3 in Dec 1971. It only transmitted for 110 seconds as the orbiter (which was the radio relay to earth) flew below the local horizon much earlier than expected due to it being inserted into the wrong orbit (a fuel leak caused a loss of fuel and the orbiter couldn’t achieve the intended engine burn). Mars-3 may not have returned useful data but it was a sucessful landing.

Space X is still using Russian rocket engines, actually the US has dropped out of the Space Race turned it over to a Global Power, and pretty soon the US won’t exist at all, US will stand for Stupids United because they start reading backwards trying to copy Saudi Arabia.