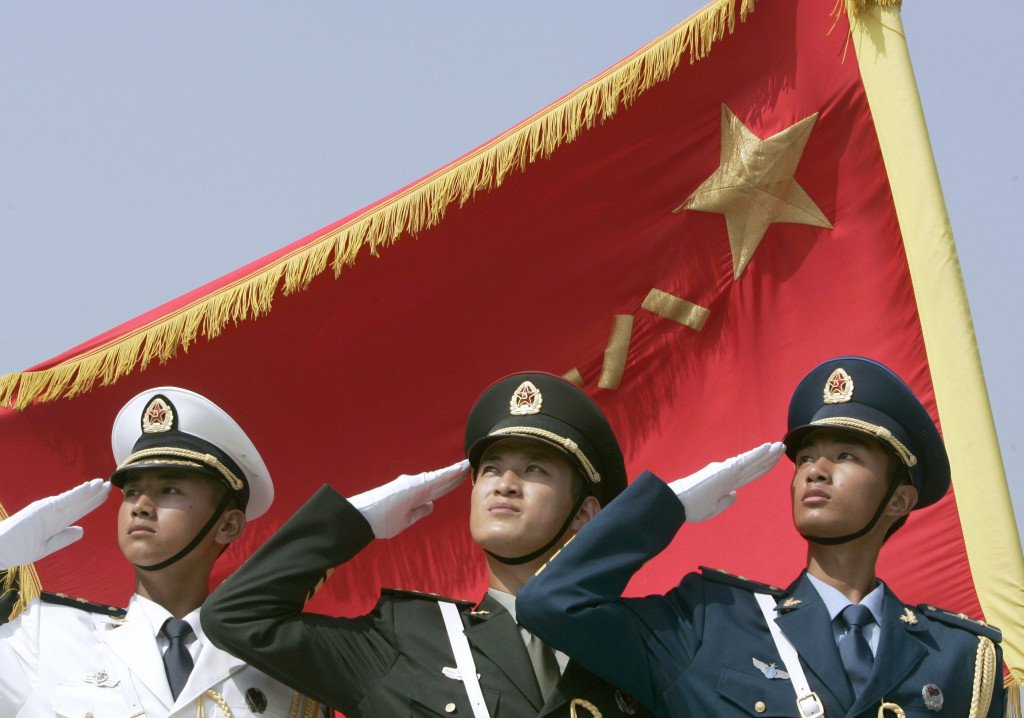 (L to R) Honour guards from the navy, land, and air force of the People’s Liberation Army dress in the latest uniform and salute in formation in Beijing August 1, 2007. REUTERS/Joe Chan (CHINA)

The Chinese People’s Liberation Army (PLA) has released a commentary saying that it is stepping up preparations for a potential war against the United States.

According to the commentary, the Donald Trump presidency has increased the risk of hostilities and deterioration in Sino-US ties, especially over the South China Sea.

“The People’s Liberation Army said in a commentary on its official website last Friday, the day of Trump’s inauguration, that the chances of war have become “more real” amid a more complex security situation in Asia Pacific.

The commentary written by an official at the national defence mobilisation department in the Central Military Commission said the call for a US rebalancing of its strategy in Asia, military deployments in the East and South China Seas and the instillation of a missile defence system in South Korea were hot spots getting closer to ignition,” the South China Morning Post reported.

“A war within the president’s term’ or ‘war breaking out tonight’ are not just slogans, they are becoming a practical reality,” the Morning Post translates the commentary.

The commentary followed remarks by the US secretary of state Rex Tillerson that the US should stop China’s access to artificial islands it has built in disputed areas of the South China Sea.

The new US administration has heated up rhetoric over the South China Sea, promising to challege China’s strategy aimed to expand its military presence in the disputed region.

Escalations in the South China Sea:

Well ! Gavin Menzies ( 1434 & 1421 ) wrote these two books and they offer much empirical evidence that Allah donated the leadership of Civilization to the West so (p) Abraham’s Religion could establish Universal Destiny as the result of idealistic perception (perception creating perception by conceived validity of continuum) to do with the miraculous conception when Allah was alone in Space, except for Fate of course), anyhow Gavin’s work was rejected by Western Academia for obvious reasons, C.Columbus was one. However “Zeng He” wasn’t the only Sailor recording this epic accomplishment Cheng Ho also recorded the final voyage of the last Chinese Imperial Dynasty before the Bureaucrats took over and turned inwardly. Cheng’s separate story is exactly the same as “Zeng He’s” except it didn’t document going through the Egyptian Canael into the Mediterranean to enlighten the Renaissance. Not all the remaining hundreds of junks did, Cheng’s junk just missed out. This true story indicates that the South China Sea really is Chinese.