Chinese President Xi Jinping will meet his Russian counterpart Vladimir Putin during his attendance of the Eastern Economic Forum (EEF) in Vladivostok on September 11-12, as announced by Foreign Ministry spokesman Lu Kang on September 7th.

“At the invitation of Russian President Vladimir Putin, President Xi Jinping will attend the Fourth Eastern Economic Forum on September 11-12,” Lu Kang said, as quoted by the Xinhua news agency. Even before that, on September 5th, Kremlin aide Yury Ushakov announced Xi Jinping’s visit to the EEF.

Also, on September 7th, Assistant Foreign Minister Zhang Hanhui said that Xi’s visit to the EEF can be considered a working visit, however its content and organization are equal to that of an official one, which reflects the special nature of relations between the two countries.

“The participation of President Xi Jinping in the forum can be called a working visit, not an official visit. But from the perspective of the organization by the Russian side, this is a very high-level trip, which demonstrates the traditional friendship of the two leaders, the special character and high level of bilateral relations…. The scale and importance of this trip are not inferior to the official visit,” Zhang said at a press conference.

Xi’s visit is also the first time ever a Chinese leader has attended an Eastern Economic Forum. Xi and Putin will reportedly discuss and witness the signing of documents to boost trade and cooperation, including in Russia’s Far East region, according to Zhang Hanhui, an assistant minister at China’s foreign ministry, cited by South China Morning Post. Zhang also further claimed that the two leaders would also discuss ways to advance cooperation on energy, agriculture, hi-tech and infrastructure

Zhang also added that China attaches great importance to the forum and actively supports the Russian side in its conduct. “The Chinese side attaches great importance and actively supports the Russian side in holding the EEF, sending a high-ranking delegation to the forum in the three past years. Thus, there is great enthusiasm among the countries of the region for participating in cooperation in the Far East,” the diplomat said. He also emphasized that the current moment is the right time and there are favorable geographical conditions for strengthening cooperation between all parties.

“The Eastern Economic Forum was launched in 2015 on the personal initiative of President Putin, an important effort of the Russian side to promote cooperation in the Far East. Over four years, the scale of the forum is constantly increasing, and the influence is growing every day. The forum has already become an important platform for strengthening contacts and joint discussion of cooperation,” Zhang concluded.

As reported by PressTV, the visit is also viewed as a sign of growing ties between Beijing and Moscow following their participation in joint military drills as well as cooperation in foreign policy matters such as the Syrian crisis and North Korea.

The meeting also coincides with the beginning of the biggest joint exercises between the two countries’ militaries for almost 30 years, since Soviet Union times. The Vostok war games, which will get under way in the Trans-Baikal region of Russia’s Far East. The five-day exercise, which includes around 300,000 troops, including more than 3,000 from China, runs until September 15.

The meeting between Xi and Putin also comes at a time when Beijing is reaching out to new trade partners amid the US-China Trade war. As reported by PressTV, Russia has in recent years become China’s largest supplier of crude oil, while Beijing has become a major importer of Russian gas and military equipment.

PressTV also cited US media reports, which claim that the upcoming summit and the increasing increasing economic, political and military cooperation between Moscow and Beijing also reflect a response by the two leaders to Washington’s national security strategy that describes them as America’s top adversaries. The two leaders also reportedly seek to strengthen the Shanghai Cooperation Organization, which holds occasional military exercises.

The fourth EEF will take part on September 11th – 13th in Russia’s Far East. The main even of the forum will be the plenary session “The Russian Far East: Creating a New Reality” with Russian President Vladimir Putin’s participation.

Russian Far East Development Deputy Minister Alexander Krutikov was cited by Sputnik as saying that business dialogues with delegations from Europe, Vietnam, India and South Africa were included on the agenda of the upcoming event. Sputnik also cited Russian Economic Development Minister Maxim Oreshkin who said that Russia and Japan plan to sign some 40 intergovernmental and economic agreements at the forum.

Now, I want you to close your eyes after getting a bucket – trust me. Then watch the US army: 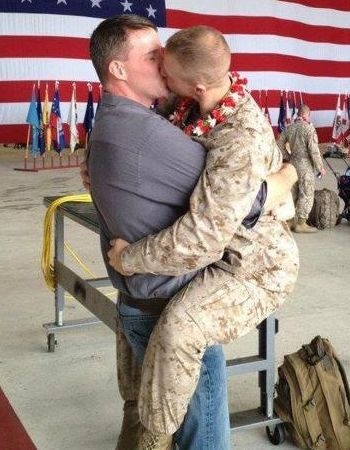 US armed forces have been the hotbed of “social” experiments regarding unnatural and perverted tendencies. It’s performance in war would be as unnatural as its recruitment policies. Physical training has been degraded due to the low endurance of the younger generations, in hand to hand combat or under a barrage of heavy artlilery or MLRS fire they would be rather pitiful.
That is why US has a specialized SOF force of about 80,000 deployed all over the world, it serves as a trip wire, doesn’t not have any meaningful combat capability since they are lightly armed and equipped with light vehicles.

Are you ever going to use the up or down tick system – FFS Jesus, as I say every night at the moment due to my business.

This, in the face of threatened sanctions, is big stuff.