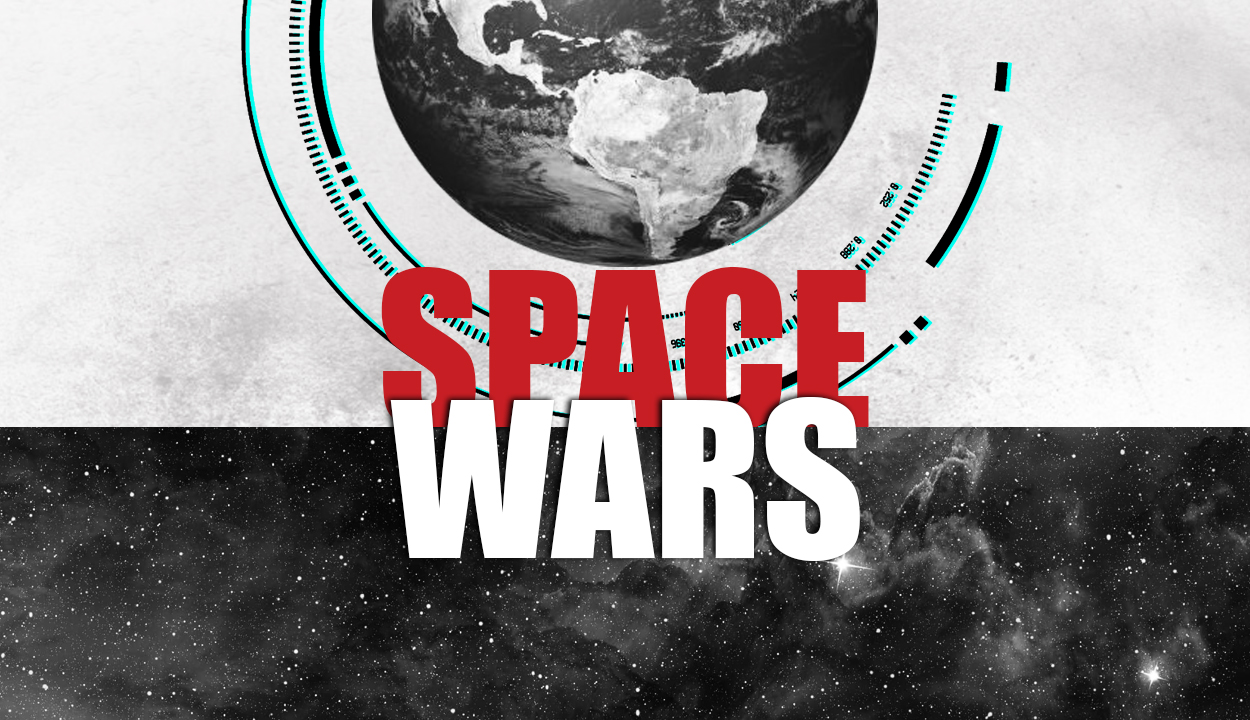 Written by J.Hawk exclusively for SouthFront.

While national prestige is a major motivating factor behind the construction of aircraft carriers and major surface combat ships (though less so with the largely invisible submarines), the same is even more true for space projects, such as high-visibility “first flights” or “first landings”, not to mention of course space stations. To be sure, the Cold War-era space race did yield tangible benefits to its main participants, US and USSR, in the form of advancements in rocketry, space navigation, communications, and other technologies with national security and civilian applications. Yet it wouldn’t be a “race” if there were no benefit from being the “first” to cross certain thresholds, such as first satellite, first man, first spacewalk, first orbital rendezvous, first man on the Moon. The ability to accomplish these “firsts” marked the country in question as being worthy of global leadership on account of the prowess of its scientists and the power of its political system capable of mobilizing resources necessary to accomplish spectacular feats. Therefore for all the expense space programs entailed, the “hard” and “soft” power benefits made them highly worthwhile and even cost-effective government expenditures.

Last but not least, the competing space programs made it all but impossible to turn space, including the Earth’s orbits, into one country’s exclusive domain. If, say, the United States had enjoyed an unchallenged monopoly on space flight, it is possible that it would turn The Final Frontier into its sovereign domain, just as it did with other “frontiers” in US past. While the idea of outer space being a universal good to be shared by all of humanity, it should be noted that idea was not codified until the 1967 Outer Space Treaty which still remains in force today. The fact the concept of national sovereignty over space had to be codified in international law is a reflection of notions to the contrary that were evident in the 1950s and 1960s, and which were made first untenable by the Soviet space successes of those decades. The Outer Space Treaty was little more than a legalistic reflection of the de-facto status quo created by the bipolar balance of power between the two nuclear superpowers, which meant that even if one of them made an attempt to claim sovereignty over space, the inevitable outcome would be war.

The end of the Cold War and the Soviet collapse meant that the door to space weaponization was if not open, then at least propped ajar. The 1990s-era Rumsfeld Space Commission’s final report included recommendations for the use of space, and when the Bush/Cheney administration took over, it is often forgotten that before 9/11 the course of their national security policy was heavily geared toward aeronaval and space warfare at the expense of capabilities for land warfare. The appointment of USAF General Richard Myers whose career revolved around space capabilities was an indicator of that trend that was abruptly curtailed by 9/11.

After about a decade of diversion into unwanted and unanticipated counterinsurgency warfare in Afghanistan and Iraq, wars that were supposed to be victoriously wrapped up within a matter of months as if they were Tom Clancy novels, United States returned to the problem of space with a vengeance, and the current frenzy of activity evidenced by the extensive support granted to a variety of private entrepreneurs interested in commercial exploration, most notably Elon Musk and his SpaceX, suggests a desire to make up for the lost time and possibly even accomplish what could not be accomplished during the Cold War, namely the extension of US sovereignty to, if not orbital space, then to a celestial body in the form of planet Mars.

The emphasis on establishing permanently manned outposts on the Moon and Mars is likewise indicative of a renewed desire to extend US sovereignty to those celestial bodies. The Outer Space Treaty does, after all, acknowledge the sovereignty of every space object, manned or unmanned. A Mars Base, for example, would classify as a space object, except in this instance the space object would also control “real estate”, so to speak, on Mars. United States’ recent track record with international treaties is such that one cannot rule out either a unilateral withdrawal from Outer Space Treaty or a highly novel reinterpretation within the realm of “rules-based international order” that would naturally justify US claims, possibly with certain US client states, for example Great Britain, brought into the operation to give it an international character.

US turn toward unilateralism also means there will be rather less international cooperation in space in the coming decades. Probably no single object better exemplifies the evolution of the international system over the past several decades than the International Space Station (ISS). Consisting of five Russian, eight US, two Japanese, one European, and no Chinese modules, the ISS is falling victim to the emerging great power rivalry that threatens to end international cooperation on space exploration before it ever really took off, as US, Russia, and China each have plans to establish their own national space stations.

For decades, China’s space program appeared to be an unhurried version of the Soviet one, with gradual build-up of launch capabilities in the form of the steadily growing family of Chang Zheng (Long March) rockets which have maintained an outstanding reliability record and account for a quarter of the world’s commercial space launches in spite of US restrictions dating back to the 1990s. For many years, however, China’s space hardware so far has not exhibited any spectacular technological breakthroughs, and likewise the pace of manned flights has remained low. The Shenzhen spacecraft is closely pattern after the venerable Soviet Soyuz design, with a capacity of three cosmonauts, and has performed only six manned missions between 2013 and 2016.

In contrast, February 2021 proved a spectacular month in China’s space program, with a list of accomplishments no space power would thumb their nose at. That month saw the landing of the Tianwen-1 unmanned Mars lander, making China the third country after United States and Russia to succeed in that endeavor, and the launch of the Tiangong Space Station (TSS), the aforementioned Chinese manned space station which was overshadowed by the likely deliberately fostered artificial media panic over where the top stage of the Long March 5B booster rocket was supposedly going to crash. Once completed with additional modules, TSS is expected to be of a size and mass approximately the same as the Soviet/Russia Mir Space Station that was decommissioned in 2001.

February 2021 is unlikely to be a flash in the pan event, given the uptick in the planned Chinese manned space flights. A Shenzhen flight is to take place in June 2021, with the destination being the TSS, another one is scheduled for September 2021, and two more missions are scheduled for 2022. More distant projects include exploration of the Moon and Mars.  Manned Moon landings and an unmanned Moon research base which are to take place in the 2030s, though these missions may require a new generation of spacecraft to be developed. A September 2020 launch of a Long March 2F rocket appears to have been a test of the Shenlong spaceplane that has been in development for nearly two decades. While Shenlong is a small craft with a  length of only 12 meters that is intended for unmanned missions, it is unlikely it is the only spacecraft design currently under development in the People’s Republic of China.

China That Can Say No

It remains to be seen whether China’s space program will remain a national symbol of power and glory or evolve into an international effort that will include Russian and even EU participation. So far China appears to be determined to go it alone. There are reports that the TSS orbital inclination angle is such that it would be very difficult for spacecraft launched from Russia to dock with it. While the Tangong and Shenzhen, as well as the Chinese space program in general, owe a great deal to Soviet and Russian technical assistance, China may be understandably concerned to establish its own reputation as a spacefaring power rather than a country still technologically dependent on Russia in that respect. On the other hand, the TSS is expected to perform international science experiments, and one also must not underestimate the alienating effects of US foreign and space policies on other countries. Moreover, United States has had a considerable head start in its renewed race for the Moon and Mars and is throwing colossal amounts of money at its various spaceflight programs. While much of that money is spent wastefully, United States remains a formidable space rival and here too its ambitious space goals may yet drive China and Russia toward greater cooperation.

After nearly a decade of research, I can say, with 100% certainty, that the US Tyranny did NOT venture a man to or land anyone on the Moon. Radiation, in the Belts, in cislunar space, and on the Moon’s surface the main reason, but also just good ol’ venality, corruption. The entire endeavour was, and remains, a fraud. Not a “hoax,” but a fraud, as massive amounts of money were involved.

What is more: The Apollo photo, video, and audio record are repleat with revealing errors; Some laughable.

Have you published a paper proving this?

He’s wearing it on his head.

The astroNot’s shadow is an impossible full 90 degrees off from that of the Moon buggy.

The Moon buggy’s shadow falls up toward the upper-right, while that of the astroNot falls toward the bottom-right. The Sun does not work that way.

I have many more such revealing photos from the Apollo fraud.

*This photo, and all the rest, can be found at NASA’s Apollo Lunar Surface Journal.

The shadow is ok but the terrain is bumpy.