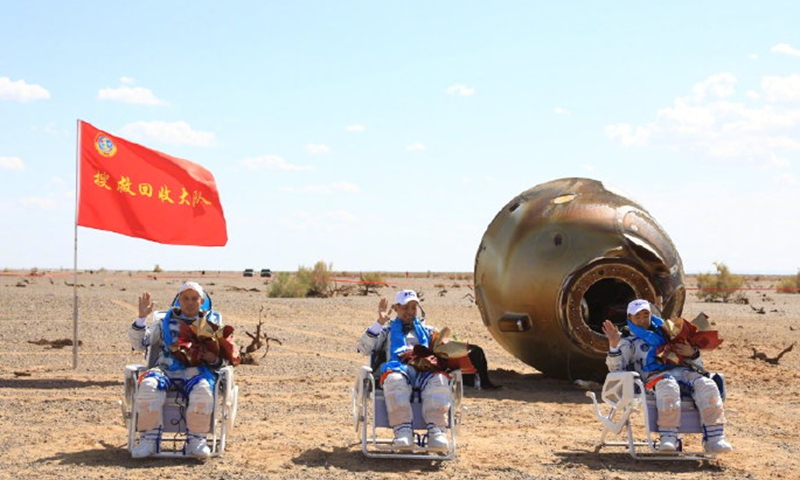 The crew of the Chinese space mission Shenzhou-12 landed safely back on Earth after 90 days in space.

The safe landing of the return capsule also marked the successful completion of the Shenzhou-12 mission.

During their time in orbit, the Shenzhou 12 astronauts snapped some amazing photos of Earth and carried out a variety of scientific experiments. They also performed two spacewalks designed to help get the 16.6 meters Tianhe fully up and running and ready for future visits, which will be frequent over the coming months.

China is expected to send the robotic Tianzhou 3 cargo spacecraft toward Tianhe around September 20th.

The next crewed mission to the module, the six-month-long Shenzhou 13, is apparently scheduled to launch in mid-October.

China also plans to launch two more modules to orbit, which will link up with Tianhe to form a three-piece space station called Tiangong (“Heavenly Palace”) that’s about 20% as massive as the International Space Station (ISS). Assembly of this orbital outpost is expected to be completed next year.

China launched two pathfinder space labs with that name in the last decade. Tiangong 1 reached Earth orbit in September 2011 and hosted two crewed missions, Shenzhou 9 in June 2012 and Shenzhou 10 in June 2013. Tiangong 2 went up in September 2016 and welcomed the Shenzhou 11 astronauts aboard for a 30-day mission the next month.

Both of those Tiangongs are long gone. Tiangong 1 made an uncontrolled reentry to Earth’s atmosphere in April 2018, burning up over the Pacific Ocean. Tiangong 2 was steered to a planned demise, also over the Pacific, in July 2019.

The return is none other than SpaceX’s Inspiration4 mission, the first-ever all-civilian trip to Earth orbit. Inspiration4 launched September 15th, sending four people on a three-day journey around our planet. It’s scheduled to splash down on September 18th. It is an entirely PR-focused event, including token mission participants and attempting to raise money for charity (but also likely launder vast sums).

Shenzhou 12, Inspiration4 and the International Space Station were all aloft at the same time for a few days this week, setting a new record for the most people in space simultaneously (14). The ISS, of course, is an orbital fixture, having hosted rotating astronaut crews continuously since November 2000.

Hey great now the Chinese are pretending to go to space. What a wonderful circle jerk.

It’s ok to be butthurt, RaptarD …