Beijing plans to place its second aircraft carrier near the South China Sea. 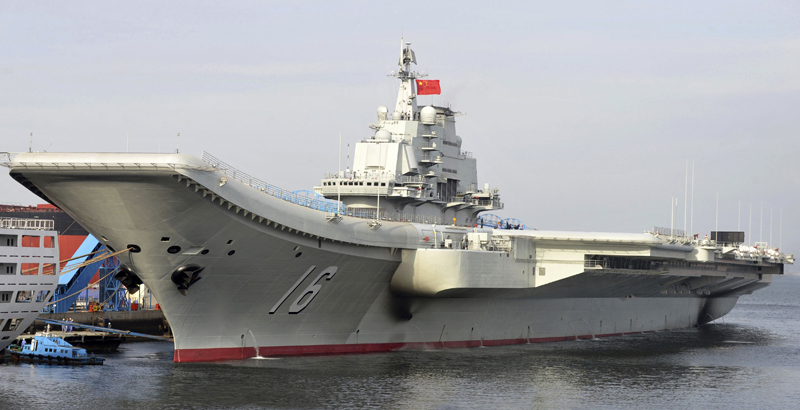 Beijing is going to place the Shandong, which should become the country’s second aircraft carrier and the first home-made vessel of such a class after its building is finished, near the South China Sea, the center of confrontation between China, its regional neighbors and the US, the South China Morning Post newspaper reported.

As the newspaper reported, citing Xiake Dao, a social media account affiliated with the oversees edition of the state-owned People’s Daily, the main reason for such a decision about the placement of the aircraft carrier is China’s intention to increase its military capabilities and readiness to respond to any “complicated situations.”

According to the newspaper’s report, ‘Shandong’ is the working title of the aircraft carrier, which was given in honor of an eastern China’s province. Its other possible names are under consideration – if the newly formed Joint Staff Department of the Central Military Commission decides to change the title, it will have an opportunity to do this.

The aircraft carrier will become the country’s second vessel of such a type after the Liaoning, which is currently based in Qingdao, northern China, looking at Japan and South Korea.

China and other countries in the region have territorial disputes with Beijing over the South China Sea. Sovereignty over almost all of the strategically vital waters is asserted by China, while its Southeast Asian neighbors, including the Philippines, Vietnam, Malaysia, Taiwan and Brunei, have rival claims. Washington has also voiced its anger with Chinese activity in the South China Sea.

According to experts, the new aircraft carrier may also be a signal to Taiwan, which is seen by Beijing as its integral part, but whose independence has been supported by statements of the US President Donald Trump’s administration, which questioned the ‘One China’ policy.