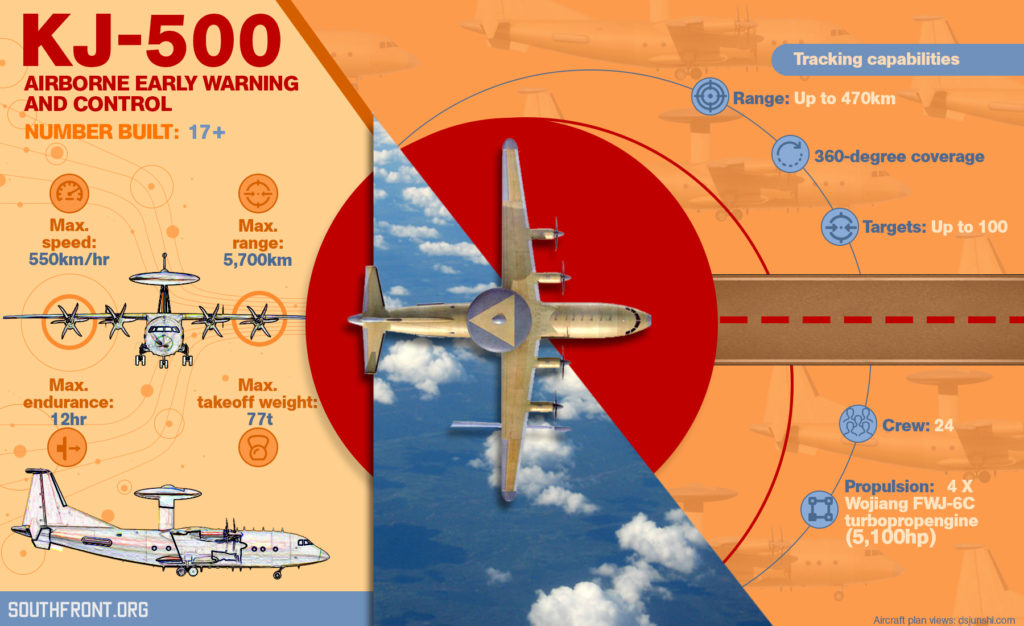 The KJ-500 has a fixed dorsal rotodome containing three radar arrays each containing active electronically scanned array or AESA radars arranged in a triangular configuration. This allows them to give full 360° coverage. The new radar design is different to those used in the earlier Shaanxi KJ-200 AEW&C aircraft. According to Chinese sources, it has the range of up to 470km and can track up to 100 targets. 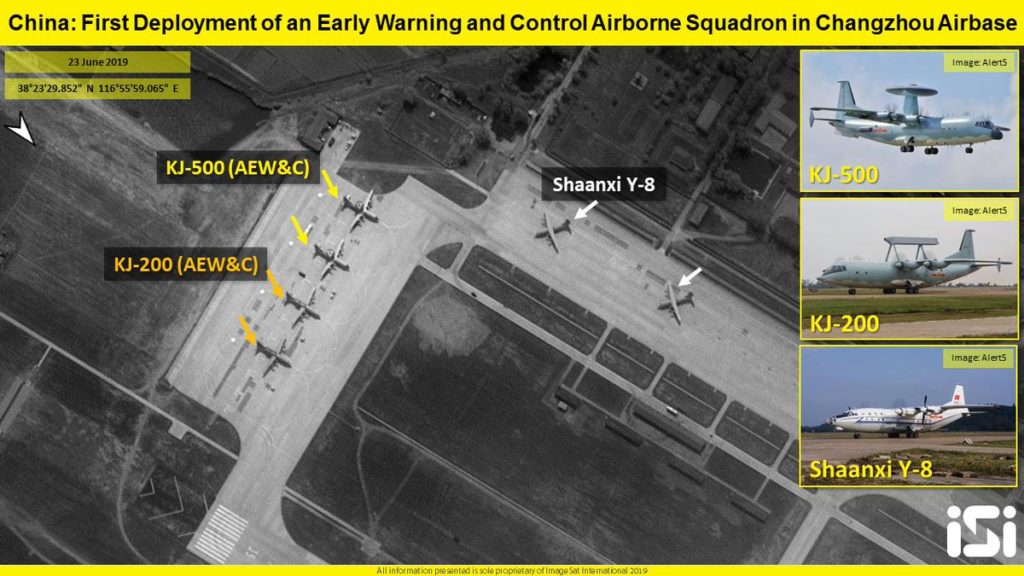 Recently, Israel’s ImageSat International released satellite images showing the recent deployment of Chinese early warning and control airborne aircraft at the Changzhou Airbase near the Chinese coast. The Israeli intelligence firm claimed that this is a signal of the expanding Chinese efforts to control maritime shipping routes in the region.

yo can these israeli sats be taken out? really annoying how they spy everywhere

they aren’t israeli, they just pay for the imaging.

whos are they? do u know

EU probably, some images had a “Airbus consortium” label written in a corner, although now israel cuts the pics so not to make it appear.

but its too late, we know who they are using the sats from now hehe :)

You already know too much. Hide while you can