China has officially delivered a frigate, designed and manufactured by China Shipbuilding Industry Group, to a North African country. 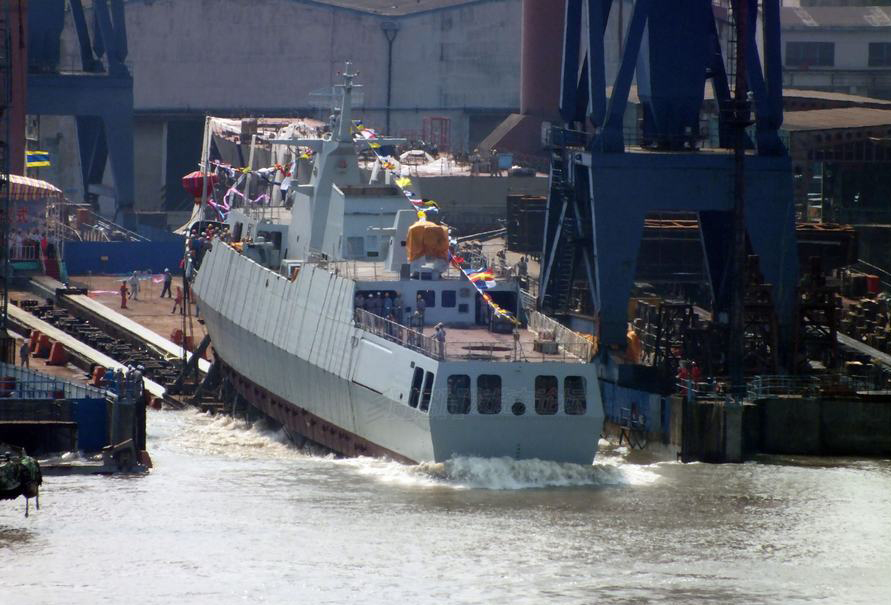 A frigate designed and manufactured by China Shipbuilding Industry Group was officially transferred to the customer on July 12, the Defence Blog information website reported on Sunday. In this way, all three ships of the project have been successfully delivered.

The frigate became the third combat vessel constructed for a North African country. The previous ones were delivered on August, 2014, and January, 2016.

The length of the ship is 120 meters. The frigate has a full load displacement of about 3,000 tons. Compared to the first vessels of the project, the new ship has increased its tonnage and interior space. New standards during the research and development phase, as well as new installation techniques and equipment during construction were applied by the shipbuilding company. The frigate is able not only to meet the demands of coastal defense, but also to carry out long-range combat missions at sea.

The new vessel has set several new records in tonnage, fire and combat capability for exported Chinese military ships. These advances show the level of development of China’s shipbuilding industry, in particular, electronic weapons system capabilities that have reached international level. Apparently, the success achieved in the construction of a new frigate is only the beginning of China’s expansion of influence in military ship trade around the world.

…why are you not telling us who they sold it to?

It’s either Algeria or Egypt. The others are either in disarray or too broke.