Just after the Pentagon announced late Monday it is sending 1,000 additional US troops to the Middle East in response to soaring tensions with Iran over last week’s tanker attack incident, China has urged the world to stand down from opening “Pandora’s Box” in the Middle East.

A top Beijing official, Chinese State Councillor Wang Yi, specifically called on the United States to cease its “extreme pressure” campaign against Iran. Notably, this came after he met Syria’s foreign minister in the Chinese capital.

“We call on all sides to remain rational and exercise restraint, and not take any escalatory actions that irritate regional tensions, and not open a Pandora’s box,” Wang said. “In particular, the U.S. side should alter its extreme pressure methods,” Wang said.

“Any unilateral behavior has no basis in international law. Not only will it not resolve the problem, it will only create an even greater crisis,” the Chinese State Councillor said. 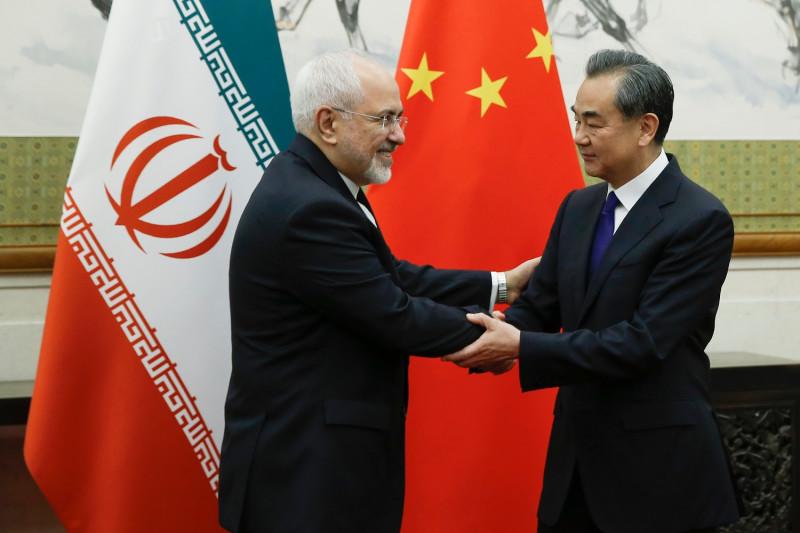 Wang voiced Beijing’s fear that a coming clash in the Persian Gulf would set the whole region on fire, a sentiment also recently echoed by Russian officials, and advanced the nuclear deal as the only legitimate and feasible path forward.

“We understand that relevant parties may have different concerns but first of all the comprehensive nuclear deal should be properly implemented,” he continued. “We hope that Iran is cautious with its decision-making and not lightly abandon this agreement.”

Wang called on Iran to exercise prudence amid the growing crisis, while also noting Tehran has “legitimate lawful rights and interests,” according to Reuters.

Crucially, China and Iran maintain close energy ties, and China has been a key power helping Tehran to attempt to circumvent US sanctions by importing Iranian oil, and ignoring Washington’s pressure on international players to abide by its ban.

The foreign ministers of both countries have met frequently within the past years since the P5+1 nuclear deal, of which China is a signatory, including already twice in 2019.

Warns! Send a million of Shao Lin monks to Iran and Syria. Its the language The US will understand

Please, dude, do not mistake your approach to handle the problems with the thousands years empire strategy.

Any country or militant group that allied with America or NATO is called terrorist.

Pandora’s Box is already open….the Genie is out of the bottle….USraHell is in deep shit…. Greater ISISraHell became their Waterloo

“We call on all sides to remain rational and exercise restraint, and not take any escalatory actions that irritate regional tensions, and not open a Pandora’s box,” Wang said.

Typical Chinese politeness, the US need to get rational first! Honestly limpet mines above the waterline don’t fly there.

Russia and China only do talking and threatening no action.Example Libya and Syria.

Excuse me ! Russia has just saved Syria from its extermination by Israel-USA-NATO and company. However, due to commercial and economical links with Turkey, Russia had please and is pleasing Turkey at Idlib. On the other hand, for some unclear reason Russia has pleased Israel in everything, allowing Israel whatever it wants in Syria.

I’d say Israel so far is ‘watched with blind eye’, as Syria doesn’t need hot front line open on Golan. As for Turkey goes, they have the strongest army by classic means in NATO. Unfortunately Turkey got involved in Syria 5 years ago and is bleeding. Hence they need honorable way out of it, at the same time gaining goal, neutralizing threats by Kurds. As long as Turkey is after Kurds, allow me to remind that Kurds are USA cannon fodder, my strong feeling is that Russia should not do anything about it.

the US has become a thoroughly rogue nation, and none of the wisdom from China or any other nation, is going to deter the crazy Elites in the US from attacking Iran at some point – as so often happens in history, empires think that they can get away with something they consider a ‘surgical strike’ which then proceeds to snowball into a major confllagration

If I were the Iranian government I would be building nukes right now. It would be the most effective way to stave off a war against Iran. Another way in which US adventurism is foolish, forcing Iran into measures it does not want to take, but must

China is right to warn against opening a Pandora ’s Box, appealing for prudence alongside respect for legitimate interests, because all the signs point to world war. https://www.ghostsofhistory.wordpress.com/