A video featuring China's flying saucer-like stealth drone the Sky Hawk was shown for the first time on CCTV on Sat, with experts saying the technologies mastered by Chinese developers will allow the drone fly faster, farther and escape detection. https://t.co/AeTSjn7vHA pic.twitter.com/KQoi9gDKWt

The video is mostly computer-generated, but has approximately 10 seconds of “real-life” footage. The platform contains seven different cameras, including an infrared camera and multispectral sensors. It has a wingspan of 18 meters and can reach a maximum cruising altitude of 7.5 km, and can deliver a payload of 815 pounds.

The drone reportedly first flew in February, but no video was available before January 5th’s broadcast. It was on display at Airshow China 2018 in Zhuhai, South China’s Guangdong Province in November 2018 but was never flown there. According to Song Zhongping, a military expert and TV commentator, cited by state-owned Global Times, “the step-by-step revelations mean the drone is being developed and manufactured on schedule, and that China considers the drone feasible.”

Featuring a “flying wing” aerodynamic design similar to the US B-2 stealth bomber, the Sky Hawk is a high-altitude, long-range and high-speed unmanned aerial vehicle capable of conducting reconnaissance and patrol missions in hostile environments, CCTV reported.

Song Zhongping further said that the “flying wing” design is much more difficult to control than controlling an aircraft with a conventional design. “A turbofan engine on a flying wing aircraft allows it to fly much faster and farther compared with traditional turboprop or piston engine aircraft”, he said.

“Another Chinese stealth drone with a “flying wing” design, the CH-7, developed by China Aerospace Science and Technology Corporation, was also on display at the air show. Its 22-meter wingspan makes it significantly larger than the Sky Hawk, providing another choice for domestic and international users,” the Global Times reminded.

The Global Times further cited an anonymous military expert who said that the Sky Hawk was expected to operate on China’s future aircraft carriers. “Electromagnetic catapults can launch a wide variety of aircraft, and since the Sky Hawk is smaller than the CH-7, it will be easier to use on an aircraft carrier,” the anonymous source said.

China’s new strategic bomber, the H-20 is also expected to use a “flying wing” aerodynamic design to gain stealth capability and other benefits. Seems like the flying wing concept is en vogue for bombers and drones.

For the Chinese, only! Northrop marketing would prefer you use the ‘cranked kite’ terminology for their RQ-180 to make it sound more cutting-edge. That techy name adds a good $20 million or so to the final cost of their flying wing UAV offering.

But you would want intake up the ass. Intake in front is retarded.

Hey, let’s leave the personal lifestyle choices out of this discussion. Or were you talking about the CH-7 design?

Couldn’t resist, could you?

The similarities are merely coincidental. 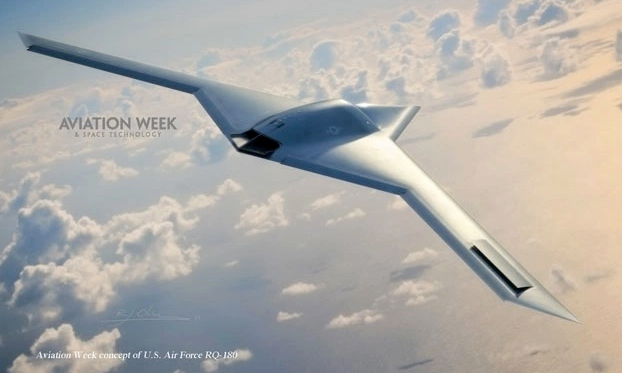 Some Chinese trade tariffs on the CH-7 will take care of that. Nobody is cutting into Northrop’s domestic market here in the US. MAGA!

Relax, Francis – it was sarcasm. We don’t buy or import Chinese weapons in the U.S. Well, except for several hundred tonnes of our favorite Chinese synthetic opioid, fentanyl. 28,000 Americans died from fentanyl overdose in 2017.

And in case you haven’t noticed, God seems to have already cursed me… with TWO zionist countries: the one I live in – the US – and the parasitic one that my Israeli-firster, dual-citizen leaders insist that I pay for and protect. See why we try to numb our pain with fentanyl?

They are just BS-ing the UK sub-design. Anyway the scale is much too small.

You know, for all the talk about stealth being overrated, that the S-300/400/500 family can see right through it, I find it interesting that both China and Russia still work on their own stealth designs.