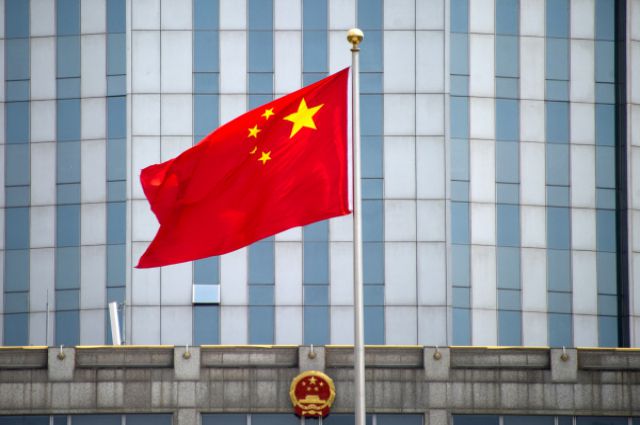 China has prepared reciprocal tariffs against the US, which would be introduced on the same day Washington implements tariffs on $34 billion of Chinese imports, Reuters reports.

“Our measures are equal and being equal means that if the US starts on July 6, we start on July 6,” Reuters quoted a source in Beijing. “The implementation time for all policies starts at midnight.”

The administration of US President Donald Trump announced on June 15 that Washington is going introduce additional 25-percent duties on 818 items of Chinese imports worth $34 billion on July 6.

Meanwhile, the Chinese Foreign Ministry confirmed that China is ready to respond to the US actions.

The US-Chinese economic cnonflict is developing.

Back then it works so well for the USA because all it’s partner each to their own reaped benefits for US directed entanglement. Now they run out of benefit and on the contrary continuous blessing to these US empirical entanglement sees their own interest harmed.

Isn’t it funny, the USA are sanction their own allies and trade partners already. =)

I know…they even sanctioned us in Canada, our neighbor what a guy….

Canada is a joke. It’s run by a damn clown who prances around the world making a fool of himself. Speaking of China, why are their Chinese ice breakers in your Arctic while your prime minister is caught having secret diners with billionaire Chinese officials? Canada will get what it deserves

Well the US has always had clowns running it and why are US ice breakers in Canadian waters seems that the US is just as bad as China and US billionaires in secret talks just as bad, no different all around.

Well the fact is,the US is invited to protect our northern boundaries.

Wales, so now the US protects Wales, who from, the British?

The US don’t even recognize Canada’s sovereignty in the region nor do most for that matter. Now do you see that is the truth and as many Ice Breakers are actual research vessels searching and exploring for resources and oil now do you see no one cares about sovereign rights Canada has in the region even though it is populated by Canadian Inuit people.

Also another thing is actually goes back to legendary North West Passage like many want to explore and map the ocean floor in precipitation of the melting of the icebergs and the opening up the shortest route in the world to trade globally. This would kill all other trade routes for economic viability and why there is no respecting Canada’s sovereignty by any nation in the world.

The US does not recognize Canada’s claim that the waterways/ice that separates the many islands in Canada’s north as Canadian internal waterways. So the US likes to prance around inside Canadian waters saying stop me if you dare, just like they do in China, and now the Russian north coast.

Already knew that about how ridiculous some of my fellow countrymen are in this nation of fence sitters when it comes to Protecting our national borders (mostly Ontarians who want to be ‘muricans). Liberal government nixed all projects to do just that and improve that ability to do so and capitulated to US interests in all things to do with the economy.

So your country is so superior to other countries, that it gives you the right to tell Canadians how they should live? Have you decided what Canadians should eat for breakfast, and what brand of toothpaste they should use?

Only Americans are arrogant enough to think they know what is right for the whole world, you think you are Gods, but soon you will see you are really just fools.

Sorry, I am not an American. I am from Wales. It would seem the rumours of Canadians growing arrogance is perhaps true? You surely jumped to conclusions fast enough

OK Welshman what gives you the right to criticize Canada.

If we want to get picky, look at the crappy loser Government in Britain, a total bunch of losers. My mother would be ashamed at how the once Great Britain is now a laughing stock.

Also I was born in London, but am a proud Australian.

I honestly have nothing bad to say about Australia. The U.K. Is a sellout for sure,but Canada is a joke.ranby a feminist loser

The zionist US is going to sanction itself out of existence, and the sooner the better, and let’s hope the rothschild counterfeit dollars follow just as quickly.

Let US sanction everybody, they will find out how fragile their economy is, US economy is mainly service and financial economy with little manufacturing and self sufficiency. US is a consumer oriented economy where imports satisfy their economic needs and consumer whims.

Tell us Jesus. Is the answer to the entire Western worlds failing economy to do nothing? Trading with communists was the first mistake, the second is trading with countries that manipulate their currencies and have ZERO worker or environmental rights. Screw China and Screw the western governments that are destroying our economies.

It was the Wall Street and it’s inherent parasites that dismantled the US economy and it’s manufacturing base ( an economy that allowed people to earn relatively well and take care of their families) that was sent to China for greater profits.

The enemy is not the Chinese, it is the Wall Street full of parasites that robbed US dry and caused an uneven distribution of wealth, causing China to become what it is today. Trump should confiscate 20-30 trillion from banks and Wall Street and the parasites that got rich at the expense of the American people, and throw them in jail. There is your enemy.

This is another example of the US shooting itself in the foot. After China responds to the US tariffs, the US will once again up the ante, and China will respond again. Where it will end is anybody’s guess but it won’t be China that will buckle. Xi has prepared for this fight, he is safe in his position, but Trump has to win an election in 2 years, and the Republicans in November. China has chosen agriculture to respond to American sanctions, just like Russia did. Quite a few Governments have changed in Europe, because farmers have changed their alliances. The only thing Trump can do, is hand out more money to American farmers, who along with the EU are the most subsidized in the world.

I think Xi is willing to crash the Chinese economy, to destroy the US economy, if he has to.

The Chinese have the cash to rebuild from scratch, and although the US market is profitable, China would survive without it. The US on the other hand is in debt up to its armpits, and a crash would mean the carpetbaggers would pillage the USA, and the US would not recover in under 50 years, if ever.

The US could slowly go into decline, like Britain did after WWII, but that’s not the American way, the intend to go out in a blaze of glory, and simply disappear like Carthage and the Austro Hungarian empire.