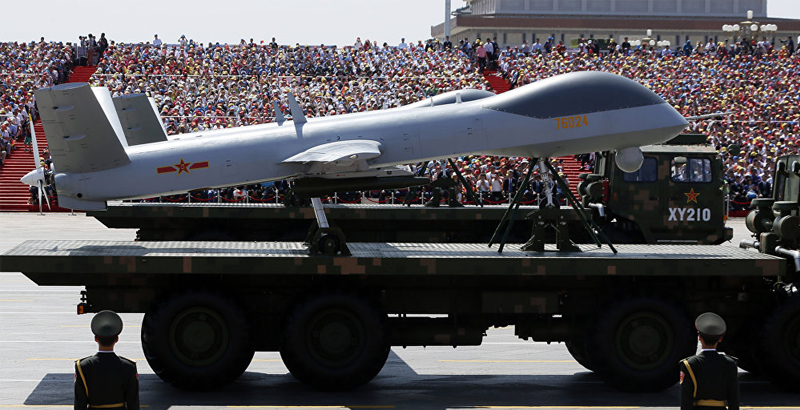 China has started to develop a military unmanned aerial vehicle (UAV), using a technology of the radar-location stealthiness, as well as a drone for flights in the close near-Earth space, the China Daily newspaper reported on Thursday, citing Vice President of the China Aerospace Science and Industry Corporation (CASIC), Wei Yiyin.

According to the newspaper, the CASIC, the country’s main spacecraft, rocket and missile manufacturer, has already started to work on the project. Reportedly, the promising stealth military drones will be capable to evade any radars and air defense systems.

According to Wei, a current five-year plan of China also includes the development of high speed combat and reconnaissance drones, as well as selling of them on the global market.

“As military reforms are drastically changing armed forces around the world, drones have become an indispensable weapon in modern warfare because they can play an important role in high-resolution reconnaissance, long-distance precision strikes, anti-submarine operations and aerial combat,” Wei noted.

According to reports, Beijing has been also developing drones that are capable to fly in the stratosphere at altitudes of above 65,000 feet (about 20 kilometers).

With the worldwide proliferation of combat drones, the first drone-to-drone aerial combats are inevitable. They should be really interesting.

This won’t happen without AI independent drones, radio jamming and reaction time is a real issue for drones, they are no match for conventional aircraft.

To developed the air defecnse sector China technology should be great aplication for the science field. There are lot of people are like their technology so more.