Beijing isn’t letting a global pandemic and deteriorating relations with the US stop it from pursuing eternal national glory in the final frontier – space.

According to reports in mainland state-backed media picked up by the SCMP, China has successfully launched a reusable experimental spacecraft.

The launch took place in the northern province of Inner Mongolia, where the reusable vessel was launched via a Long March-2F rocket from the Jiuquan satellite center in Inner Mongolia on Friday. It’s scheduled to return to the landing site after orbiting the earth for a period. 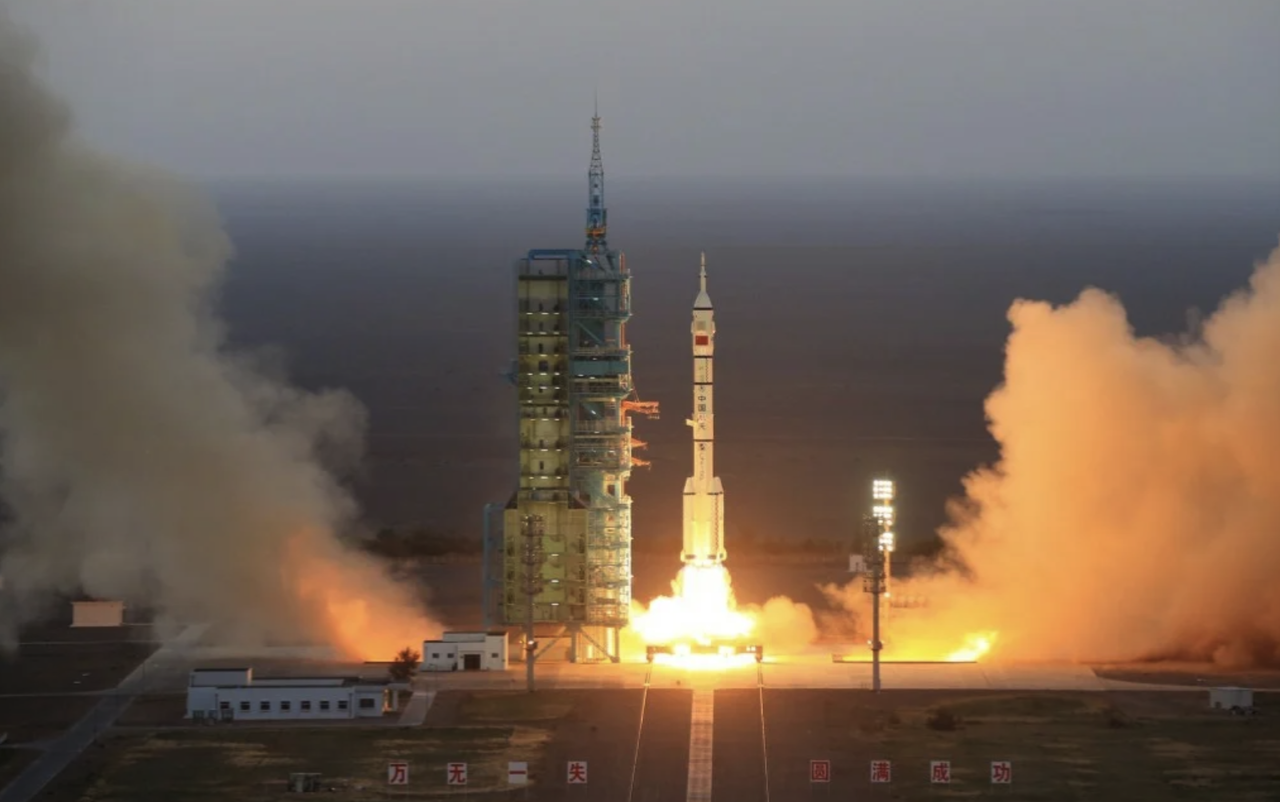 The spacecraft will test reusable technologies during its flight “providing technological support for the peaceful use of space.”

The latest mission was shrouded in secrecy: a copy of an official memo circulating on social media warned staff and visitors not to take any video, or allow any details about the event to leak.

A memo that served as a warning read that “all units should strengthen personnel security education and personnel management during missions to ensure that there is no leakage of secrets.”

A military source confirmed the document’s authenticity to the SCMP, saying “there are many firsts in this launch. The spacecraft is new, the launch method is also different. That’s why we need to make sure there is extra security.”

Over in the US, Boeing is developing the US X-37B, which experts noted appears to be similar to China’s new reusable space craft.

For those who aren’t familiar with it, the US X-37B is an unmanned space plane that operates like a smaller version of a space shuttle. It’s launched into space by a rocket and cruises back to earth for a runway landing, allowing the vessel to be reused.

SCMP says the Chinese reusable space plane has flown on missions before, but never before in a test of space flight. It’s only the latest development in China’s space program, which also recently launched the first independent probe mission to Mars. US Space Force’s official website said the primary objectives of the X-37B missions were to develop “reusable spacecraft technologies for America’s future in space and operating experiments which can be returned to, and examined, on earth.”

Given all the similarities to the X-37B, we wonder how long it will take for Peter Navarro to tell Fox or, better yet, CNN that Beijing stole the original technology from the US before building on it.

The US space shuttle is still world #1 in astronaut kills, the rest got nothing against that.

At least they died with a reason unlike millions of Chinese and Russian peasants.

Aaahh, it’s so comforting to know at least one is dying for a reason when one is engulfed in a fiery hell while plummeting into the ground and is thinking: “thank goodness I’m not a Russian or Chinese peasant! or I’d die for no reason”

I’d prefere to die fast, in my boots, than slowly in a concentrarion camp together with my parents for doing nothing.

lol .. what comic books are you reading?

History of Russia. It’s about famine and canibalism.

The history of Russia is about Empire. The history of your little shithole is one of being mouthy upstarts to an earlier Empire and betraying your own.

Ohh no, I’ll report you to ADL for this.

The ADL is another joo shop filled with zionist hypocrites. Nobody takes them seriously.

“Under the guise of fighting hate speech, the ADL has a long history of wielding its moral authority to attack Arabs, blacks, and queers.”

We need a real ADL to put the ADL down.

As opposed to the history of your country which is way more disgusting?

Than famine that leads to canibalism? What could be way more disgusting than this?

You’re dying slowly from being an idiot. Get an education and stop posting your idiocy on Southfront.

How many native Americans died at the hands of the European invaders? You stole their lands and you have even stolen their name… Americans.

Americo Vespuci is an European name :)

Yes ethnic cleansing was also specialty of his fellow compatriots… As your people will probably recall.

Yeah, I can recall my people stealing American name from people that were living elders behind, mass killing foe gods and building piramids of skulls.

Idiot. You are comparing apples to oranges.

Let me educate you on how it’s done:

1. When comparing shuttle disasters, you compare Russian launches to American launches. Note that Americans distrust their own equipment so much they mostly hitch rides on Russian Soyuz vehicles, or buy Russia RD-series engines.

But, I suppose logic is not your thing, right?

I won’t read a comment that starts with an insult. You are an idiot for make people not read your long ass comments.

Nothing to worry.It will be space junk once US shoots it down

With what? Only Russia can do that…

Nothing India can match. China is in another league.

The US would never dare to touch Chinese satellites.

On the other hand, China can take out any satellites since 2007.

“China caused an international uproar in January when it destroyed one of its own satellites, an action that left hundreds of pieces of dangerous debris in space and led to alarm over the possibility of a space arms race. A month later, Beijing announced it plans no further similar tests, but the January 11 test had already established the growing prowess of China’s space program as well as its capability to protect itself from satellite surveillance in the event of war.”

Is this the Shenlong? I know the Chinese have been testing a much smaller model of the STS in the past (i.e. drop test). At one time, it landed into Siberia. Good for them.