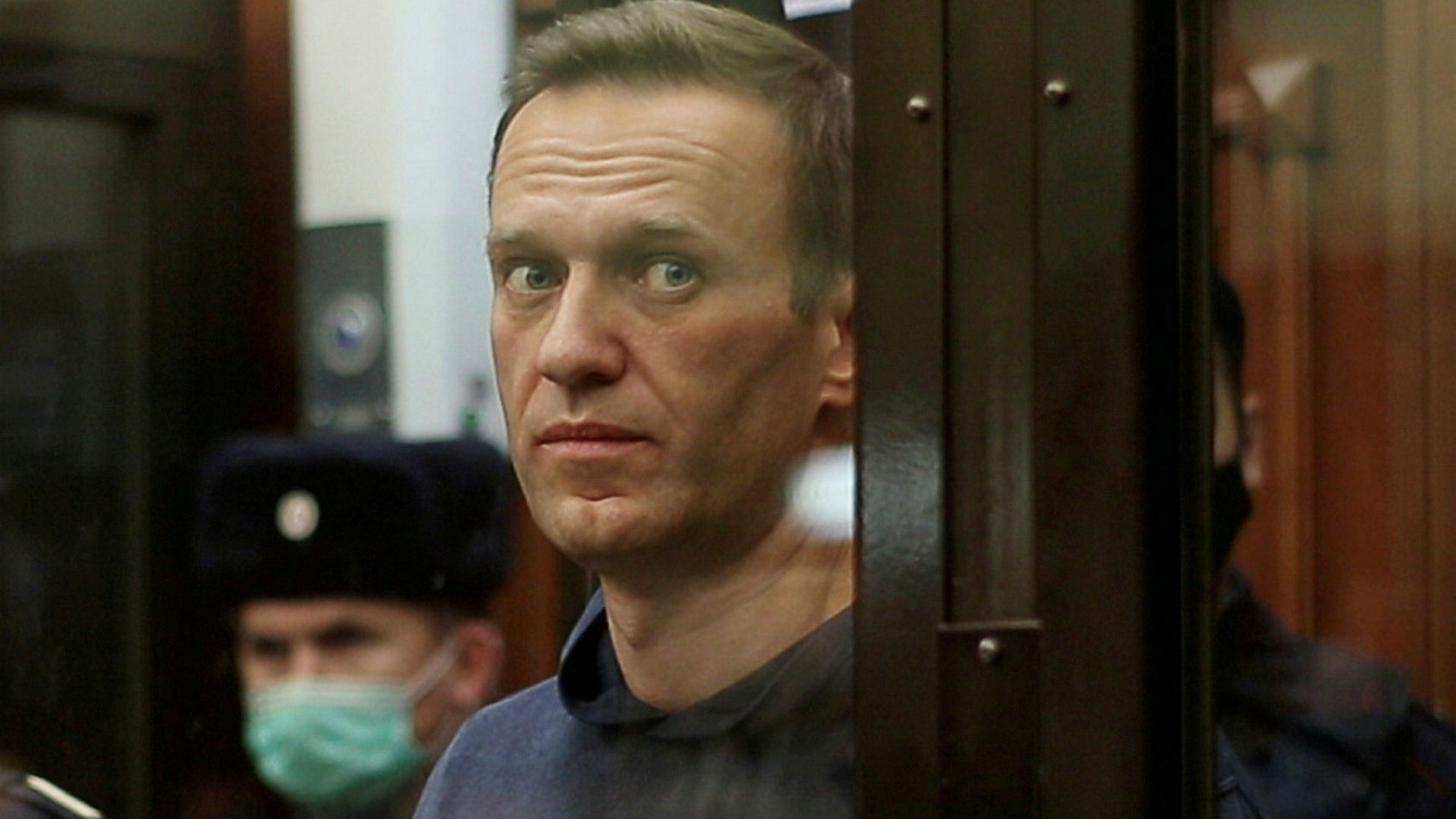 China believes that the case of Alexei Navalny is an exclusively internal affair of Russia, external interference by the US and EU is unacceptable, the official spokesman for the PRC Foreign Ministry Wang Wenbin said on March 3rd.

“We have already repeatedly stated the position of China. Navalny’s case is an exclusively internal affair of Russia, external forces have no right to interfere,” the diplomat said.

Wang Wenbin expressed the hope that the countries concerned, through consultation and dialogue, would be able to bridge differences and improve mutual understanding, rather than resorting to resorting to or threatening unilateral sanctions at any opportunity.

The European Union on Tuesday imposed sanctions for the first time under the new global regime for human rights violations against four Russian citizens for the arrest of Alexei Navalny.

The United States, following the EU, announced the introduction of sanctions against the Russian Federation. The list includes 14 organizations with the wording “for the production of biological and chemical weapons.”

In addition, US sanctions target specific individuals and organizations, and will include export and visa restrictions.

Later, the Russian Foreign Ministry said that the response to the new US sanctions would not necessarily be symmetrical, the decision made by Washington is a triumph of the absurd and a hostile attack that will not affect Moscow’s policy, it will not work to impose anything by pressure.

Additionally, the rally in the US stock markets, as well as the stock markets of other countries, looks like a bubble.

This was announced on March 2nd by the head of the China Banking and Insurance Supervision and Management Committee (CBIRC) Guo Shuqing, quoted by Bloomberg.

According to Shuqing, the American and European markets are moving in the opposite direction compared to the economy.

He also clarified that the “bubble” in the Chinese real estate market also continues to remain relatively large, since many houses are purchased as investments or for speculative purposes, which, according to the head of the Chinese regulator, is “very dangerous.”

It should be noted that the stable recovery of the Chinese economy, the growth in the number of loans issued and fears of the possibility of missing out on buying a house turned out to be conducive to the demand for real estate in large cities of the country. The Chinese authorities took retaliatory measures in this regard, including introducing a new mortgage lending mechanism. However, real estate prices on the secondary market, regulated by the PRC by the state, in January still rose to their maximum values ​​over the past year and a half.

What should be noted is this, instead of changing course, or attempting to reach a normalization, the Biden administration continues the course towards uniting China, Russia and other ‘alternative centers’ of power in a sort of unofficial coalition against the United States, by simply pushing them away. And as the US power declines, as the general trend appears to be moving in that direction this new ‘axis’ will gain influence and strength.

“China interfering in our elections …”

Sorry, wrong bogeyman. It’s Russia that’s been interfering in our elections, or have you not been getting your daily dose of MSM propaganda?

Impossible,the only nation that rigged usa elections are their far minority petty do’minions!

I love it. They noticed we dont like their nepotisme as well.

Are you talking about Israel or did you just learn a new word?

Ofcourse this is exclusively an internal affair of Russia…the AngloZioNazis should be Happy that they didn’t summary Executed THEIR MI6 TRAITOR NAVALNY…. Good thing that China at least got the Balls to speak Out on behalf of Russia…

I think they should either defenestrate him or have him deported as ungrateful sob – ostracsize him for good. solzhenitsyn was ostracized when he was awarded the nobel-prize and settled in the north of the disunited states of insufferable fools, among the birch-trees to remind him of home, and missed home every second of the time until he could return in early 1990.

Yeah perhaps I will move to Russia myself….Dictatorship Europe is rapidly becoming a Shithole filled with obedient brainless sheeple perfectly conditioned for the Slaughter

Russia does not want you. They have had enough problems with fanatical Islamists in Chechnya. Rather fight for sharia law in the netherlands.

Me & Russians have at least one thing in common:

We both consider Filthy Paedophile Khazarian ZioNazi-Parasites like you the Enemy….Killed any stonethrowing Palestinian kids lately boy?

false: it is advantage to be a JEW in Russia today–consided stylish….this is why so many return from Israel

Eventually the real game will be played between the Zionist banking dynasties and the rest of the world, and at a certain moment they will discover that all the peoples of the West hate them deeply, indeed probably the fact that they have been enslaved for so long, it will make the most resentful and vengeful, it will be bitter cocks for them and their supporters.

Do you think this type of a post does anything other than discredit you as a total racist clown?

In sharp contrast to the American viewpoint, here is China’s roadmap for a multipolar global future:

It is clear that China wants to implement a new geopolitical reality in the world, one where China shares in global leadership and puts an end, for once and for all, to Washington’s unipolar world where a new Cold War is perpetually “knocking at the door”.

No one can win over an American as we are a winner nation of winners. If we say something we mean it, and if something is in the way we remove it. Thats the way we are doing it and nobody can do a shit about it!! Period.

Everybody that supports China should support Russia and Iran as well.

If you disagree with the Jews/USA, this is our major duty.

China and Russia are humanity’s only hope.

Clarence Spangle
Reply to  Trap Is Not Gay

The U.S. State Dept. has been infested with communists since WW1 and Woodrow Wilson, they tried to steal the Russian elections for their comrades in the Russian Communist Party through non-profit n.g.o.s… just like at home in America… But Vladimir Putin defeated them, so they launched a fággot jihad against the Russian Orthodox church over the punk rock band and the Olympics (something Bítch Romney stupidly piled onto). Miss neo-kabbalah lesbian Madonna, now rumored to be a Muslim convert, was flown in to agitate while Hillary was on a world-wide gay pride tour…

When the Iron Curtain fell down the Bolshevik Jews all fled to the other side because they knew what the Russians would do to them after 100 years of communism. The best thing about Russia getting Crimea back… Catherine the Great took it from the Turks… What happened right after Russia retook Crimea? The Russian FSB searched all the Turks living there… Why? Because NATO sponsors Islamist terrorism when it suits them to… The Podesta Group was paying Hosni Mubarak about 1.3 million dollars a year, they also rigged the Egyptian election for the Muslim Brotherhood’s now deposed Mohammed Morsi… reactions to the subsequent crack down on non-profit n.g.o.s by both the Egyptian and Russian governments should have been enough to implicate the real election hackers… HINT: they weren’t Russian.

In America our freedom of speech is highly protected by our Government. Our free speech is so safe that idiots can organize on the internet and storm our Government capitol without getting disappeared and sent to Xinjiang or Siberia. I will always vote for officials that are willing to help human beings in need from other countries, even if that means protecting them from their own oppressive government. Nowadays ordinary civilians don’t have the power to resist an oppressive Government with tools that China now possesses. That said, America still treads lightly in Syria, Russia, China, Western Sahara, Venezuela, Saudi Arabia, we should do more and convince our …. how do you call them? “Zionist motherless dogs?” to cut their allowance money

Americans the most fascist racist imperialist barbaric freedom/justice hating people on earth your stupidity is unsurprising—according to your own scrotum court–“money is speech”…amerika protects nobody, not even amerikans

I’m not a fan of our “money is free speech” Citizens United case either. I’m glad you agree.

With great comes power comes great responsibility.. and scrutiny. We are not more racist or barbaric than any other nation. As far as Imperialist, facist, freedom/justice etc…… Am I supposed to respond to all of that? One point made concisely is stronger than 10 points made blindly. So I’ll pick one..

freedom/justice…. anyone in the USA can protest whatever they want on any street corner without fear. Our police have the most difficult job in the world, they are not mental health experts, and yes there are some bad apples, but our system HAS THE STRONGEST freedom/justice in the world.. why do you think CHINA owns so much of our debt? Because we have a system in place the protects people and their stuff

since navalny won’t be neither defenestrated or ostracized I s’pose we can hope he catches the most denigrating hardship prison colony in the far north where women are as rare as tits on a juniper and that he will have to do some standing in.

the disunited states of insufferable fools are attacking China on hongkong, on xinjiang and the uighurs and taiwan and the artificial reefs in the scs. wonder what it will take to put these blabbermouths quiet – cut off the amphetamine supply in the white house and pentagon and langley.

What about chinese interference in far east russian province last year using tik tok. Do they also criticize it ?

About time but those are just words. Now back that up with action.