While Beijing may already be engineering “super soldiers” through biological advancements, it’s unclear how far Chinese military researchers have gone. But what we do know is that the Chinese military has already deployed exoskeleton suits for troops along the heavily disputed Sino-Indian border.

In recent months, China has used top-secret weapons along the Ladakh Line of Actual Control (LAC), such as microwave weapons against Indian troops. Perhaps the heavily disputed border is a testing ground for the People’s Liberation Army (PLA).

According to RT News, citing a state broadcaster CCTV report, PLA soldiers were seen with exoskeleton suits that enabled them to complete challenging tasks in high altitude environments around Ngari, located in Southwest China’s Tibet Autonomous Region. These troops delivered much-needed supplies to border guards along the LAC during the Chinese New Year holiday.

CCTV did not disclose much more information about the exoskeleton developer or endurance of the suit. In the past, China has displayed other types of exoskeletons that are battery-powered and allow PLA troops to carry upwards of 170 pounds.

The PLA has gone all-in to develop “super soldiers” as the US Army is not far behind with their “Ironman-like” soldier exoskeleton suit.

Bank of America’s equity strategist Haim Israel recently told clients of the increasing geopolitical tensions between the US and China and how it would likely flourish through the 2020s.

More or less, exoskeleton suits for the modern battlefield are no longer science fiction as both of the world’s superpowers are racing to deploy the suits ahead of the next conflict.

And then you wonder why India chicken out, crapped on the roof of the world and then fled. China is now too strong for anyone to challenge. They are not looking for war as they are now the largest economy and focusing on raising their people’s income and prosperity, but will defend their interests whenever needed. India is wise not to fall for US and Zionist warmongering and should look after its poverty stricken economy and massive internal unrest for Sikhs, Kashmiris to Assam and Nagaland.

Great Khan
Reply to  Just Me

Condor
Reply to  Just Me

A bit harsh perhaps, but some elements of truth. The west wants to use India as a cannon fodder against China, but as the Azerbaijan conflict has amply demonstrated untrained manpower is a liability in the era of AI, drones, loitering munitions and above all educated manpower. China has heavily invested in 5GW.

Since Ghandi we have not. He said no.

How old are Your facts. Are You speaking from a coffin or are You frozen :)

Frank
Reply to  Just Me

Frankly, India is a complete shithole with a lower standing than Bangladesh.

I personally won’t anymore donate if they still publish such biased terrorist content.

Just Me
Reply to  Nameit

Then why are here 24/7 with multiple accounts A$$HOLE “paul, proud Hindu and now Nameit”. You fool no one street crapper :)

Frankly, you are an ignorant punk. It is called PRC or People’s Republic of China.

An airdrop or chopper delivery would be even quicker and easier, unless of course they’re worried about air defense systems.

The biggest application would be in individual soldier baggage like ammo, and additional equipment as well as ground mobility.

Chinese PLA is perhaps the only country capable of 5GW (5th generational warfare) as a Rand study concluded. US has depleted itself domestically with a economy and society in shambles. Russia is technologically advanced but domestically under intense US, EU and Zionist pressure and victim of growing brazen western efforts to carve it up. India is mired in backwardness and its weak military is still a colonial vestige suited for trench warfare. Its main adversaries, China and Pakistan have heavily invested in modern AI tech and state of the art weaponry.

After decades of under-investment, poor morale, poverty India’s military forces have been in decline, and it all bad news for the country as it faces growing domestic unrest and liberation movements spanning Punjab Khalistan, Kashmir and other ethnic groups striving for independence, in a country that has barely functioned as a federation of disparate states for 70 years.

India’s strategic position has changed dramatically and worsened over the past decade. Traditionally fixated on its chief rival, Pakistan, India is now concerned about the striking and rapid modernization of China’s armed
forces.

With a weak air force that is under-strength, an army still bogged down with strategic ideas formed in the last century and a navy that looks good on paper but is being comprehensively outclassed by China’s cutting edge well funded navy, India is finally coming to terms with its own inadequacies and vulnerabilities.

After last year’s stand-off between the two countries in Ladakh,India has launched a crash programme designed to address these failings and to challenge China, but its military does simply does not possess the quality or the quantity to serve as a western cannon fodder.

The Ladakh region is sandwiched between the Karakoram mountain rangein the north and the Zanskar range to the south. Pakistan forms itswestern border and China is to its east. Despite the arid and rugged terrain, it has been part of the Silk Route for centuries and has been fought over at various times by the Persians, Tibetans and Russians, allto control the mountain passes vital for access and trade. India, China and Pakistan all have vested economic and strategic interests in thisimportant region. Ladakh also borders Indian-administered Kashmir, withboth Jammu and Kashmir and Ladakh having forcibly become formal parts of India in 2019, setting off armed resistance supported by Pakistan and China.

Bureaucracy, major procurement issues, inter-service squabbling over a
shrinking defence budget and successive governments repeatedly
switching the strategic focus between Pakistan and China have left the
military meandering in its focus.

As the lion’s share of defence budgets has traditionally gone to thearmy, the Indian air force has suffered and is now seriously under-strength. At full strength, it operates with 42 squadrons, but it
can currently only field 31 with mostly Soviet era Migs, some modern Russian Sukhois and a few dozen French Mirage 2000 and newer Rafales..

Aircraft such as the MiG-21, which entered service in 1964, should have been retired years ago, but are still flying and are easy targets for any contemporary aircraft. This was brought into focus in the 2019
Kashmir stand-off when Pakistani F-16s and Chinese supplied JF-17 Thunders shot down an Indian MiG-21 that had attempted to intercept them. The pilot was subsequently captured and paraded on Pakistani television, much to India’s embarrassment.

China is simply announcing its superpower status to the Indians and the region as a whole.

Is the area becoming more strategic as the new silk route pushes forward i wonder?
I would say that Indian pilots are just as capable given the right tools.

The Chinese basically withdrew from the border.Care to report about that you CCP propoganda news aka Southfront.

Not the reality. China is a 5th generation warfare capable power and with a GDP ten times that of India. A recent RAND study concluded that the best option for India is to improve its economy, if it were ever able to defend itself. The US has the same problem now as our economy shrinks and over stretch and wrong endless wars sap the military.

I know you are a CCP supporting @$$hole.

Sort out your home first before thinking about somebody else one, your economy is going to be badly affected by the pandemic, much worst then the Chinese one

The GDP is completly irrelevant.

But I do agree. India by too many hindus thinking too limited dont grow their GDP b ut only their population.

Get to tha choppa! 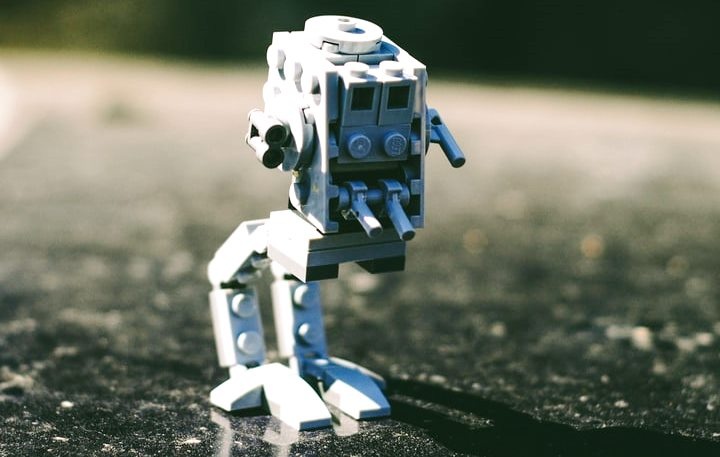 It must be something like this with longer legs. They have to cross many high mountains and narrow rivers.

16,000 feet above sea level? How about what us, non-ameeicans that use meters?

Feet has been the ‘normal’ system for thousands of years. The work of Chris Dunn has shown very clearly that is the case.

In the modern age it’s possible to use both.

They also used stones and sticks.

they don’t look “super soldier” to me….
Only way India can really oppose China is to get involved into advanced military projects with Russia.
To get most advanced weaponry, better than Chinese have…

The US and UK are using the divide and rule strategy again.

Yes on all you have said.
But mutual respect and understanding between those 2 nations doesn’t seam realistic any longer.
They should at least try to avoid conflicts ( freeze them if they can’t be resolved).
Because any kind of conflict is only in (as you have said) US-UK interests.
Russia have tried already to bring them together with not so much success.