New data released by the Chinese government suggests trade with its restive neighbor, North Korea, has only increased by a modest degree since the beginning of the year, rebutting criticisms from President Donald Trump and UN ambassador Nikki Haley that the world’s second-largest economy is undermining US efforts to curb trade with the North. 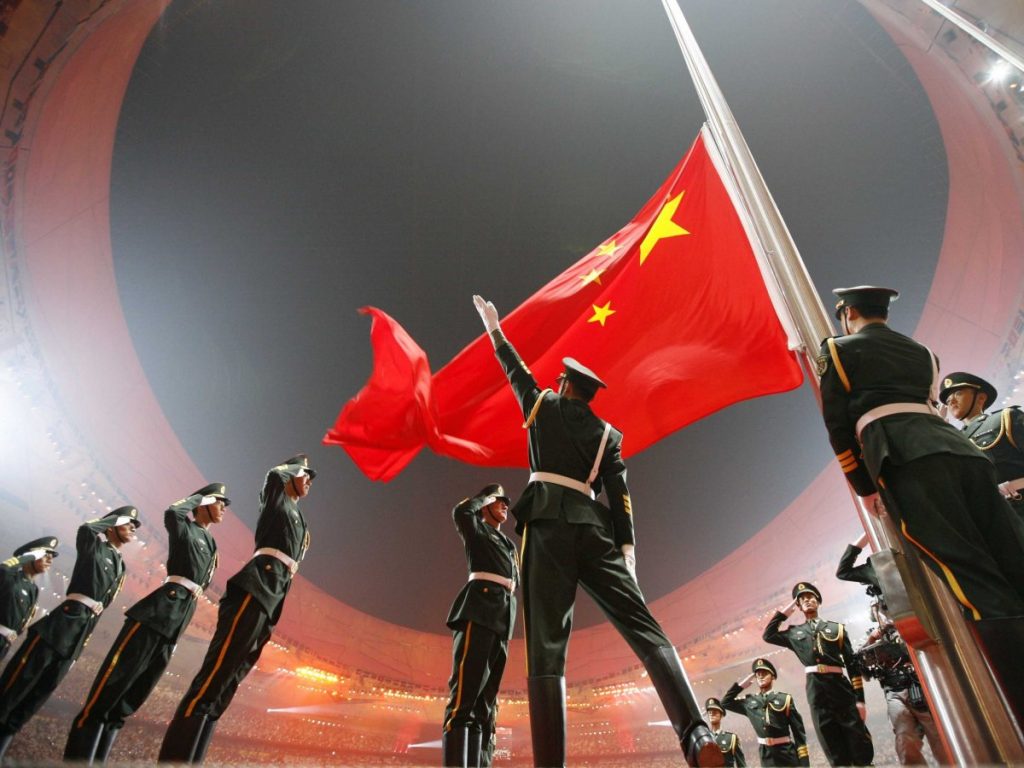 China’s national flag is raised during the opening ceremony of the Beijing 2008 Olympic Games at the National Stadium, August 8, 2008. The stadium is also known as the Bird’s Nest. Jerry Lampe/Reuters

A Chinese official said Thursday that China’s trade with isolated North Korea rose more than 10 percent in the January-June period from a year earlier, according to Reuters. The data show a sharp decline in trade in April, May and June after data released by China Customs in April showed a 37.4 percent increase in trade with North Korea in the first quarter of 2017. However, data released a week ago by China’s Ministry of Commerce show trade between the two countries grew by 13.7 percent from January to May, suggesting a significant dip since April, according to CNBC.

Trump has leaned on China to curb trade that might help support North Korea’s nuclear program – even coaxing the Communist Party to verbally commit its support for “complete, verifiable and irreversible” denuclearize of the Korean Peninsula. But Chinese reluctance to act against their longtime ally forced the US’s hand last month, when it introduced sanctions against 10 Chinese entities suspected of helping support the North’s nuclear program.

The data appear to support China’s claims that it is fully enforcing United Nations sanctions on nuclear-armed North Korea and there is nothing wrong with what it terms “normal” trade with Pyongyang, referring to areas not covered by sanctions.

“Chinese customs spokesman Huang Songping told a briefing on China’s overall trade figures that total trade with North Korea expanded by 10.5 percent to $2.55 billion in the first six months of the year. While China’s imports from North Korea dropped 13.2 percent to $880 million in the period from January to June, exports to North Korea rose 29.1 percent to $1.67 billion, he said.

The exports were largely driven by textile products and other traditional labor-intensive goods not included on the United Nations embargo list, Huang added.

‘As neighbors, China and North Korea maintain normal business and trade exchanges,’ he said, adding that goods for ordinary people and those used for humanitarian reasons are not subject to sanctions.”

As a Chinese government spokesman noted, China has complied with UN Security Council sanctions on North Korea  – though, in its role as a permanent member of the security council, the North’s only major ally has worked persistently to soften international sanctions against the hermit kingdom and its officials. It is also responsible for 90% of trade with North Korea.

“Numbers showing an increase are not evidence that China is failing to enforce UN resolutions, with imports from North Korea falling every month since March, Huang added. China suspended imports of North Korean coal in February, while imports of iron ore accord with relevant U.N. resolutions, he said.

Relations between China and the US have cooled in recent weeks – a development highlighted by the North’s July 4 test of its first genuine ICBM. Late last month, the US antagonized the Chinese by finalizing a $1.4 billion arms sale to Taiwan in defiance of its longstanding “one China” policy.

While China has been angered by North Korea’s repeated nuclear and missile tests, it also blames the US and South Korea for worsening tensions with their military exercises, while not doing enough to open talks with the North Koreans, as Beijing has proposed. China’s Foreign Ministry this week urged a halt to what it called the “China responsibility theory” on North Korea, saying all parties needed to pull their weight, according to Reuters.

Trade between China and North Korea has declined in both 2015 and 2016, a senior government-backed academic said in a front-page comment in the overseas edition of the official People’s Daily on Wednesday.

In this particularly trying time for US-China relations, US officials would do well to remain well alert – particularly after Guo Wengui, a billionaire investor who fled China and moved to New York after becoming a major critic of the Chinese regime, revealed that Chinese intelligence might have more than 25,000 deep-cover operatives in the US. Their primary mission is to steal military technologies. But they’re also here to “buy” high level government officials, as well as political and corporate elites who can give China favorable business deals.

The Chinese billionaire guy is stupid for trusting the US. Is he some sort of traitor to his people? Why does he tell the US Chinese secrets? Very naive. Very treasonous. This is the problem with China’s openness. Too many rich people are leaving after using the ordinary people’s labor to make their fortune, then selfishly selling out the very people who made them rich to the Anglo-Saxon-dominated nation of the USA, thinking their boot-licking will be rewarded. These people are disgraceful.

The Anglo Saxon Celts are now a minority in the US due to excessive immigration both legal and illegal.

The situation will be the same in the UK by 2050, the immigrants will overwhelm the native population.

The US and Trump are overweight windbags and should be ignored.

China should trade to the MaxX with North Korea.