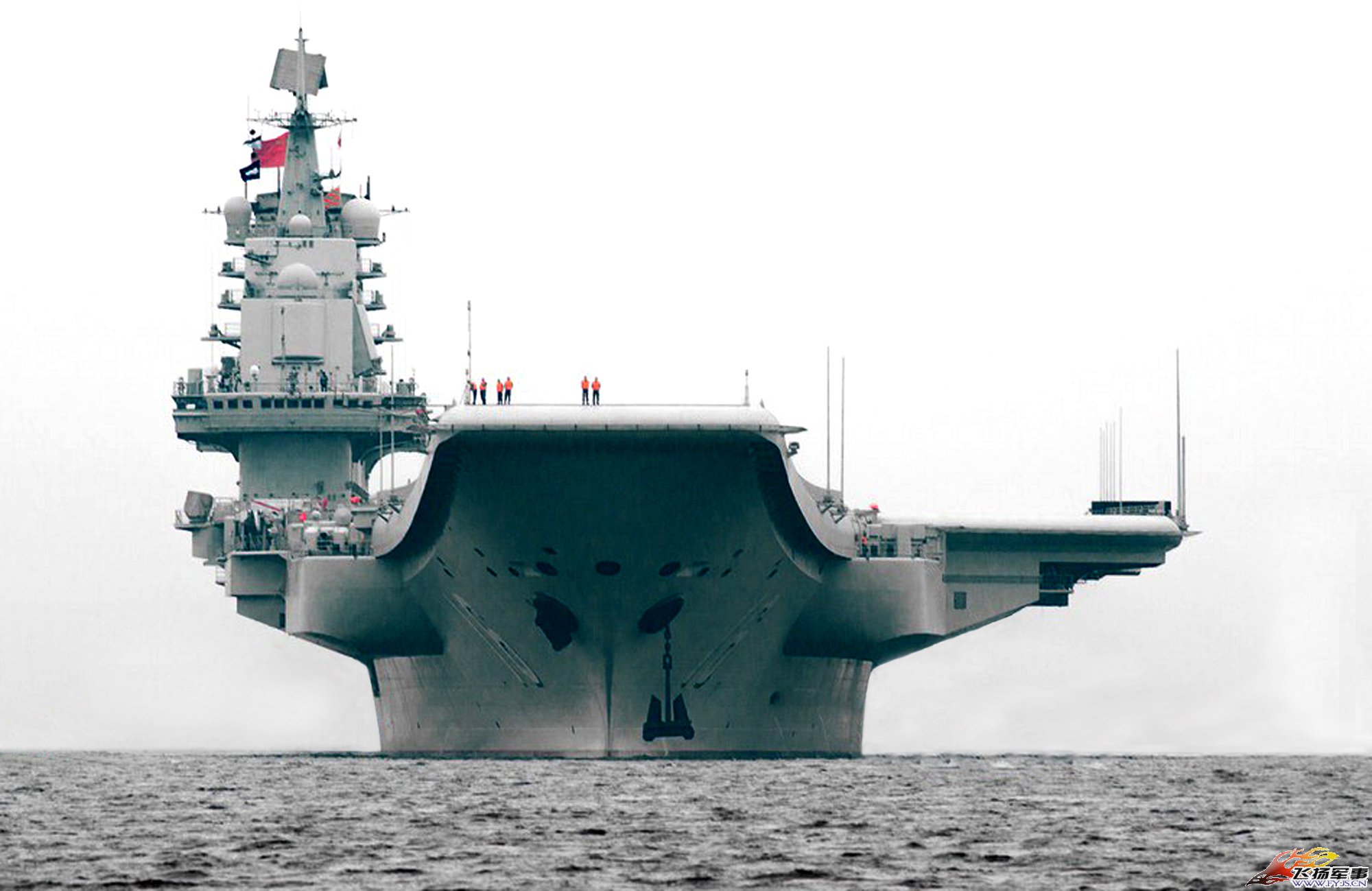 “As a military force, we are always prepared for war and our combat capacity also needs to be tested by war … At this moment, we are doing our best to promote our strength and use it to prevent war, and are prepared for actual combat at any time,” Li said.

According to media reports, the Liaoning left its shipyard in Qingdao in the Shandong Province to start a training mission that is still ongoing.

The Liaoning entered in service in the People’s Liberation Army Navy (PLAN) in 2012 and was previously described as a “surface platform”. It was originally laid down as the Kuznetsov-class aircraft carrier for the Soviet Navy in the 1990s, which ended up in the hands of Ukraine. China bought the warship from Ukraine in 1998.

CCTV-7 published a video, focusing on the Liaoning propulsion system:

A big photo-report and an intersting video about the Chinese aircraft carrier can be found HERE.

Send it off the Syria, bound to get plenty of work experience, be quick though because the Russians will finish off the terrorists soon. Then again, China could try out their weaponry on Turkey since they are in Syria illegally and Assad will tell Erdogan to leave, if not then China’s presence would be a welcome.

yes , it could significantly help in the fight against turkestan integrism in a non China territory