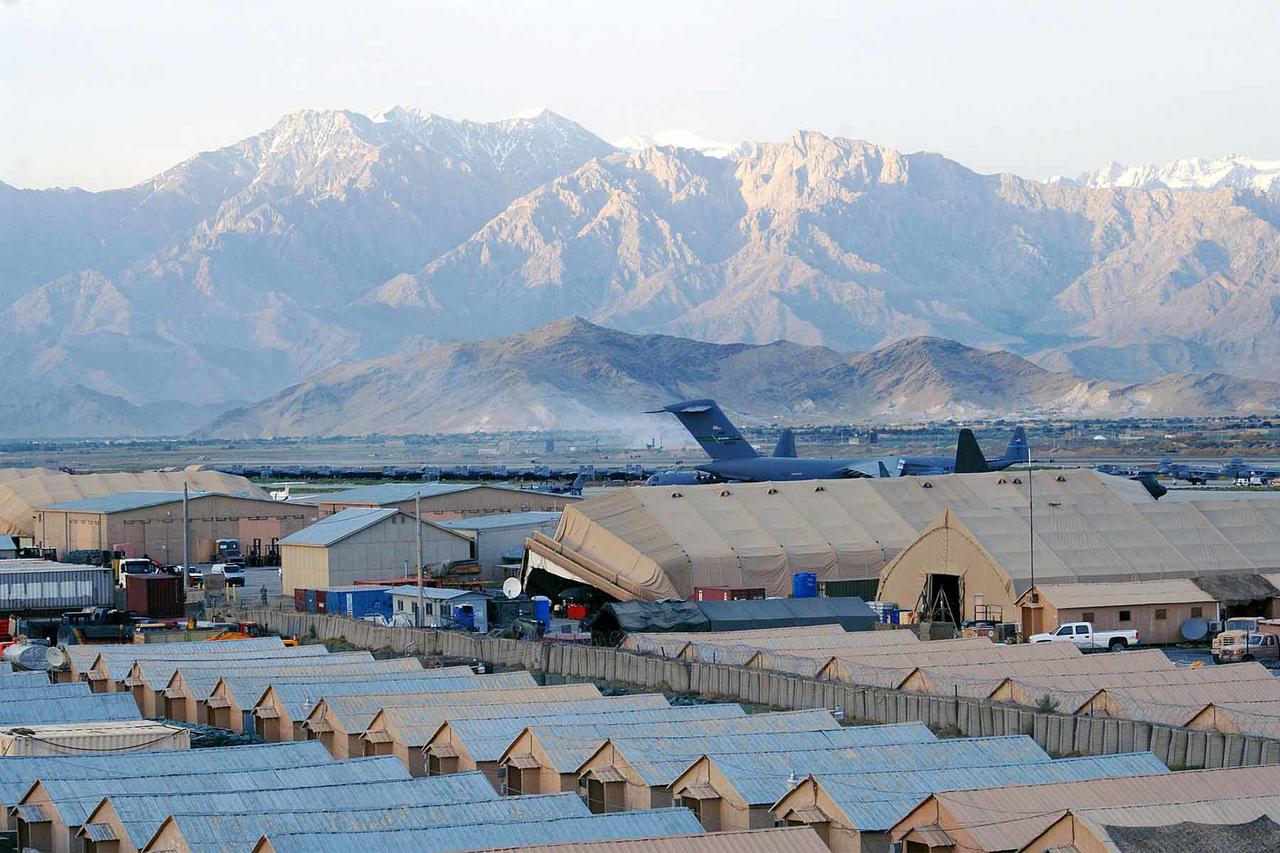 Bagram Airfield, via US Air Force

A new bombshell report in US News & World Report claims that China’s military is looking to move into what was previously America’s single most important and iconic airbase in Afghanistan – Bagram airfield.

“The Chinese military is currently conducting a feasibility study about the effect of sending workers, soldiers and other staff related to its foreign economic investment program known as the Belt and Road Initiative in the coming years to Bagram, according to a source briefed on the study by Chinese military officials, who spoke to U.S. News on the condition of anonymity,” the report says.

The sprawling airfield, which goes all the way back to the Soviet occupation of Afghanistan, lies an hour outside Kabul and was considered the busiest US base in the world during the two-decade long US war.

The Chinese Foreign Ministry on Tuesday vehemently denied and condemned the allegation that China’s PLA military was poised to take the base over, essentially calling it ‘fake news’. “What I can tell everyone is that that is a piece of purely false information,” spokesman Wang Wenbin said.

US News’ sources suggested any such move would be at least two years out, and would require the invitation and consent of the Taliban government.

A week ago Taliban spokesman Zabihullah Mujahid told Italian newspaper La Repubblica that China will be Afghanistan’s “most important partner” as the new government is seeking infrastructure investments. “China is our most important partner and represents a fundamental and extraordinary opportunity for us, because it is ready to invest and rebuild our country,” Mujahid explained.

The spokesman added that there are “rich copper mines in the country, which, thanks to the Chinese, can be put back into operation and modernized. In addition, China is our pass to markets all over the world.” It’s long been no secret that wherever China sees an opportunity to expand its Belt and Road Initiative projects across Asia, it seeks to boost its security presence in the host nation.

Beijing has already recognized the geostrategic importance of Bagram overtly. Its state media almost immediately hopped on the sudden and surprise U.S. departure from the key logistics hub in July, sending a video crew, which gained easy access to it, to document the aftermath of what it described as a “hasty withdrawal” and “humiliating defeat.”

Indeed Chinese state media has taken every opportunity to point out that the US is an empire in retreat from the world stage, particularly after the chaos of the botched evacuation and final exit of last month.

That’s just typical petty AmeriCunt Propaganda BS, fabricating this kind of nonsense ‘Narrative’ just to keep China and their alleged malign activities in the MSM propaganda rotation and to divert from the AmeriCunts 20 year trainwreck. Quick reminder the Talibs are kind of ‘Ultra Nationalists’ the repeatedly stated they allow NO foreign military presence on their soil.

China =BAD …western BS. China is not a saint and isn’t alone in that respect…but they haven’t slaughtered people around the world, like the west. Just more US MSM trash-talk.

The US Gov CANNOT talk the truth, its just NOT possible. period.

China be like: Syrian, Iraqi, Uyghur and Pakistani jihadis are bad but Afghan jihadis are good!

Lol yeah right, with talibs in power no one is gonna be taking over that airport, its so freaking funny that the media keeps pushing this narrative with absolutely zero evidence other then “A reliable source” might as well pull out of you’re ass.

They did…they cited US NEWS and ZeroHedge.

lol…..right, truth is what in the fukk would China do in that shit-hole of Bagram? a military facility? And the other nonsense of mining this supposed lithium in a highly unstable wartorn country? when plenty of cheap lithium coming out of Latin America. China’s flagship CPEC is a failure in a relatively stable Pakistan (relative to Afghanistan), Jhing Phing would be mad to go into Afghanistan. So much nonsense propaganda in the media.

Banks…Repug from Zionist held Indiana, Pense home state. Citing ZeroHedge and US News….I’m still LOL. More BS for division. We’re gone and don’t ever need to return. What happened to the repugs following Trumpet? Thought they were wanting to leave. Right. Like he left Syria and Iraq.

Make sure you have a big fat tall Chinese flag flying high above the base :) Biden will probably salute from the oral err oval office.

This fairytale bullshit from US News & World Report is directed at uniformed, misinformed, gullible, easily brainwashed dummies. In other words, Americans who will believe just about anything as long as it is shown on the television propaganda/opinion/entertainment broadcasters. People who are too damn lazy to do their own research and form their own opinion will believe anything.

it would be “interesting” for the Chinese government to send a small military contingent to Bagram airport in Afghanistan to assist Taliban forces, but China is aware where it intends to limit its military force in Afghanistan as it does not intend to be another nation to enter the negative fame of the cemetery of empires, but China’s intention to keep its limited military bases in Afghanistan already demonstrates a great interest in the region in military, economic and political issues and Afghanistan will be a great ally of China and this could benefit Beijing as it will increase its zone of influence in regional geopolitics in Afghanistan and Pakistan to extend the one belt & one road, where it will harm India and perhaps a broader Chinese, Pakistani and Afghan offensive on Kashmir. and thus thwarting the plans of the Neocon Zionists.