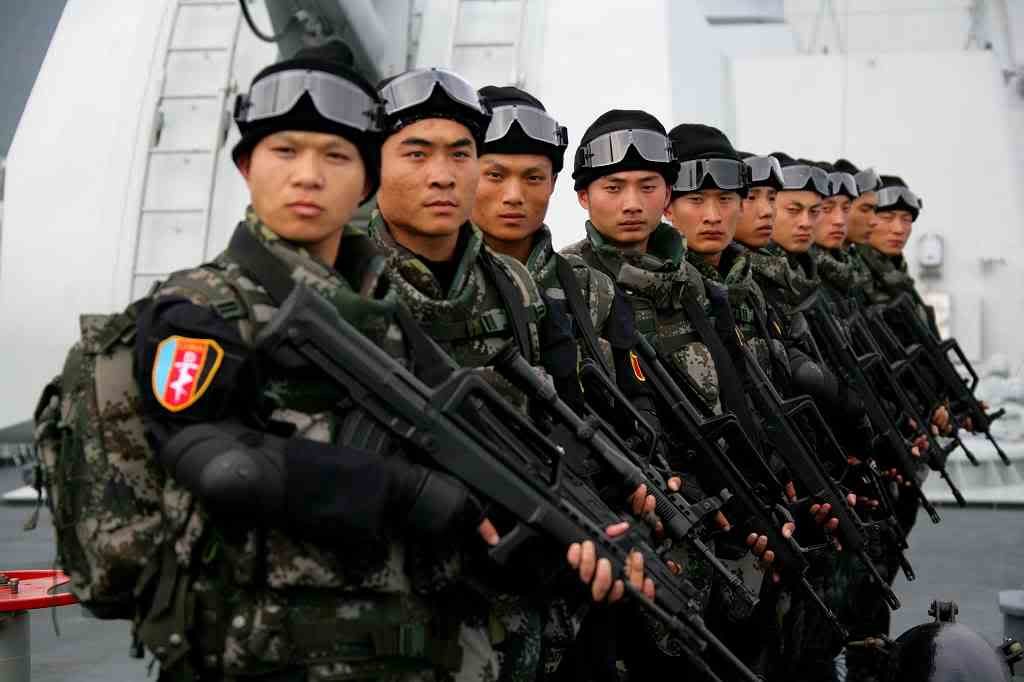 Bouthaina Shaaban, the political and media adviser to Syria’s president Bashar al-Assad, discussed  the possibility of deploying Chinese Special Forces to Syria with Chinese Army officials during her latest visit to China, the Russian news agency Sputnik reported on November 28.

According to Sputnik’s report, the Chinese Army is planning to deploy the Shenyang Military Region Special Forces Unit “Siberian Tiger”, and the Lanzhou Military Region Special Forces Unit “Night Tiger” to Syria in order to counter the threat of the Turkistan Islamic Party (TIP), which had recruited thousands of Chinese Uyghurs and sent them to Syria during the last few years.

On November 23, Reuters reported that Shaaban only met with Chinese Foreign Minister Wang Yi during her visit to China. The two sides discussed the political process in Syria and the reconstruction of the country, according to Reuters.

“China hopes the Syrian side can seize the opportunity, display flexibility, and promote dialogue and negotiation to achieve substantive results …The international community should emphasize and actively support Syria’s reconstruction. China will put forth its own effort for this,” Wang said after meeting with Shaaban, according to Reuters.

Lately, the TIP became one of the strongest forces in the Syrian governorate of Idlib. The Asian radical Islamist groups are now supporting a military operation of Hay’at Tahrir al-Sham (formerly Jabhat al-Nusra, the Syrian branch of al-Qaeda) in the northern Hama countryside, according to Syrian opposition sources. This might have encouraged China to consider a military action against the TIP in Syria before its fighters gain an opportunity to return to eastern Asia.

Some sources speculate that a misterious Unmanned Combat Aerial Vehicle (UCAV) strike, which targeted fighters of the TIP in Idlib city on November 17, could be linked to Chinese military activities in Syria, as Turkey and the US didn’t announce their responsibility for the airstrike.

The Chinese Air Force is known to be one of the biggest operators of UCAVs in the world. Moreover, the Russian Special Force had conducted similar limited military operations against radical Chechen fighters in northern Lattakia months before an official start of the Russian military operation in Syria.

The military operation in Syria will not only allow China to counter the TIP threat far away from its territory, but it will also allow the economical giant to secure a place in the Syrian reconstruction process.

Lol. I agree. Looks like CIA is stepping assistance to radicalized Ughyers. Better get the boys trained or you will see a Filipino fiasco repeated.

Looks like China wants a piece of the syrian pie…

Thats what I was thinking

there’s value in destroying terrorists in itself, and it’s a very high value, since those terrorists were a mercenary army equipped and trained specifically to attain the dirty “regime change” policies of Israel and the US.

The countries that are in zionists crosshairs have all the rights to defend themselves by destroying that army.

There is also a message sent to all the terrorist/fake revolutionary wannabes: if you’re going to fight against the enemies of Israel or the US, you will die.

Great! China will be welcome in Syria.

It is going to get very extremely complicated now – wait till the Indians come in….+ the rest.

Better late then never i suppose!

This is good news that will further piss off Israel and the US :)

Indeed, and the chinese can kill turkish sponsored terrorists without jeopardizing regional stability, unlike russia.

We have had it before though about 18 months ago….I shall crack a bottle to celebrate WHEN IT HAPPENS.

This will be a laugh.

One of the main reasons why Russia intervened in Syria was destroy Chechen ISIS members in Syria.With so many Chinese ISIS member in Syria you would think that China would have been more involved in Syria but no.With the war drawing to a close these Chinese Islamist will be going back to China soon to stir up trouble.I hope China has acted in time..

The party is almost over, they should’ve came before.

Yeh right..heard it all before! They said it last year. apparently, another site says they had 5000 troops in latakia. Well they might as well have opened their mouth and caught flies for all we have heard of them in syria. What were they doing there,guard duty?

Syria urges prompt international assistance to end the mercenary terrorism that operates in its territory. but offers of help from friendly powers must be made fast. Years ago I read that the Chinese “helped” Syria, but practically nothing, only offers

Can’t wait for the reports on Chinese units’ combat effectiveness, I’m very curious as to how well they can wage war these days.

chinese boil dogs alive. so, maybe, the headchoppers can be surprised, that the enemy is much, much more cruel.

I would boil these terrorists alive, even if I can’t hurt a dog.

actually, they did most of the job. The western “coalition” never really fought ISIS because they needed it to “topple Assad”.

I wouldn’t say Russia did most of the job because it was primarily Syrian and Iraqi soldiers on the ground going face to face against ISIS.

Thats just the beginning! China will go big into syria, because russia dont have the balls to finish this in style!

but if also chinese go in syria, then yanks stay 99 years :(

with the mandate from who? the Chinas are invited, the yanks are not.

they dont care about some pity mandate.

O gee thanks China, why don’t you wait a few more months….

China had refused to get involved for 6 years. I’m dismissing these rumours.

To be fair, their involvement was diplomatic, financial and intel sharing via drones / sats. But, putting skin (literally) in the game is where it’s at. HQ video or it didn’t happen.

The Zios seem upset at the Chinks. Maybe if North Korea was left alone then the Chinese would have stayed put.

…may deploy…..after 3 years of war?even now ts to little to late…..most of Isis fighters have left anyway…..

This Chinese cockroaches we’re their sleeping the whole time with their closed eyes. No no we don’t want good China man ya wol hazo.We don’t want fonkong or Hansfonk war please.

“we” don’t have a saying in the matter, deal with it.

the part of the world that hasn’t bowed to the devil (the jewish finance) has decided to exterminate its pets and kick it back to the sewage it belongs.

China is playing the long game, like thousands of years long game, to play this game you have to avoid confrontation with the contenders and let attrition and decay destroy them, if China is really getting involved on the ground then it means they have aborted this winning policy, if so confrontation is inevitable as is failure.