As the US’ tech war with China continues to rage, China has leapfrogged the US in satellite telecommunication technology with the successful launch of the world’s first sixth-generation satellite into space.

A Long March-6 carrier rocket’s payload consisted of the 6G satellite and 13 other satellites. A video of the launch was published on Twiter via the University of Electronic Science and Technology of China.

The "#UESTC" satellite (Star Era-12), the first #6G test satellite in the world and first one named after the university since its establishment, was successfully lifted off at Taiyuan Satellite Launch Center and entered the scheduled orbit on the morning of Nov. 6. pic.twitter.com/ouM2rpC7pS

The satellite, developed jointly by Chengdu Guoxing Aerospace Technology and Beijing MinoSpace Technology, will be used in a pilot testing program to trial 6G technology in space.

6G technology is still in the beginning stages, but Friday’s launch appears to show China has moved ahead of the US in space-based testing. Many hurdles are still expected with the technology as testing will start near term.

The launch comes as the US and China are locked in a heated tech war. In 2019, President Trump tweeted the obvious: America must step up its efforts to develop and deploy cutting edge tech or face getting “left behind.”

“I want 5G, and even 6G, technology in the United States as soon as possible. It is far more powerful, faster, and smarter than the current standard. American companies must step up their efforts, or get left behind. There is no reason that we should be lagging behind on………”

Usa has aidz,not surprised one bit to be frank:

The fact that China is a few years away from gaining technological supremacy, having already gained productive and economic supremacy, is the true and main reason for all the American administration’s shameful attacks on the Asian giant
Supremacists Can’t Accept From Being Overcome

they also want to hide the truth, that their neo-liberal ecomony has crash just like 1929, the repeat the same mistakes, western societies are dumb, financial capitalism or speculativ capitalism doesn’t generate real wealth, those who work and have the production means and resources are rich, everything else is an illusion! They can print as much money as the want, to keep the stocks values up, which is actually an inflationated stock market….while the stockes rise, the US continues with de-industrializing on an accelerated speed just like Europe….just like Narcissits live in an own reality bubble so do western leaders and most of their sheeps….(the greates, the most advanced, the smartest, the strongest, the best of the best….) Reality will knock at the door and depression will apppear….it is funny depression is the result of living in a fair tale world and by testing this reality with the real world people become depressed as they will never be a movie-star, musician or greate genius….they will have never fans nor will the become super rich…. or acknowledge for anything special…..as they are just common……the US will go down on the level of Brazil if not breaking up, by breaking up some state unions or constructs could develop differently in a better or a worse way….in Europe the view isn’t better…..as they didn’t import the best engineers and scientists or doctors from the Arabian and African countries….their multiculti project will hit the wall…..liberalism, 58 genders and the ideology of a non-productive economy aka finance speculative capitalism have killed western society….the west is nothing more than an empty shell full of false promises and an absolut egoistic self-love, self-idealizing what makes it impossible to learn from mistakes…they have a God-complex…..for example the fault of terror attacks in Europe, was the one of Russia and Syria according Europe….not their own, as they trained this terrorists inside Europe in Kosovo and send them from their to Syria to topple the governmet… as they return unsatisfied from Syria, the little monster are now biting their hands of their masters…and as economy collapsed in 2008 because of their fake economy…. they had more than 10 years but they didn’t change anythting….the banks have prepaired and passed stress-tests….no they don’t the stress-tests have been adapted to make the banks pass it….this how the western civilization wants to survive by rigging the paramenters into its favores….it remembers me to the war simulation of the US and Iran, Lt. Gen. Paul Van Riper’s played the Iranians and defeated the USA….the USA could go just nuclear withouth conquering anything…all conventional strategies failed…..so what did the politicians and high generals do… changed the simulation let the USA fight with weapon systems that are futuristic and non-exsitend and denied the movement and location of air-defenssystems of the Iranian-faction….by rigging the paramenters of the simulation the USA won, and the same they are trying in economics… describing the West with one word, it would be delusional!!!!

Speaking about ‘they’ and ‘their’ economy, China and Russia have an original economic/banking system?

Yes, it was ORIGINALLY implemented by the Rothschilds.

Funny how Ruskies point fingers at Weztern jews but they are not allowed to talk about theirs, since they are all Putin’s friends :))

Not only that, Russia still suffers under a constitution written and forced on them by ZioAmerica, yet Putin and the rest of the Russian establishment seems quite OK with it. You would think that we be the first thing they got rid of. So much smoke, so many mirrors.

How did America force Russia to sign a constitution written by them?

They didn’t force necessarily , although , Russia had no choice. Read the following links and read between the lines sometimes.

If I ask you for money and your condition is me to sign some shit, is it you guilty for me signing it?

Its deeper then just that, the Russian government at that point was full of traitors, sell outs, and Secret society subversives. The Bumbling Yeltsin story was just a cover for a total takeover. Do you think Putin is working in Russia’s interest ? The Chabad knows.

True tjat but Russia was on the brick if collapse, USA and EU feared they could break into more republics, each having nukes and waging war against eachother so they also gave them plenty of loans with lower interests than the rest of ex-communist countries had.

At the end of Yeltzin era they had 15 billionaires, now they have 100.

After 20 years the Russian peasant still blame Yeltzin for anything wrong.

Just before Corona I had a debate with my boss which is a Dem and I pointed that their stocks jumped under Trump and he replyied that’s because of Obama :)) that’s why Yeltsin is still blamed..

The loans were just part of the entrapment, the billionaires are part of the true ruling class all mainly from a certain tribal group. Russia was only ” helped ” because it was totally subjugated anyway and was needed for future productions. Why do you think Putina has been in power so long ?

” That’s the thing about today: People don’t remember that all through the 1990s, America meddled in Russia’s politics in just about every way you can imagine: it helped fix elections, flooded the country with untraceable money, secured international aid to help “our guys” stay in power, funded opposition activists, whitewashed horrible human rights abuses…you name it, America did it. Hell, Clinton’s Treasury Department even wrote presidential decrees. They also helped design Russia’s government apparatus and capital markets structures.

It’s hard to imagine a more direct control over a foreign country’s political system — short of a straight-up physical occupation.

As Mark and I wrote:

What today’s foreign policy experts seem to have forgotten is that in the aftermath of the Soviet Union’s collapse, the U.S. government had unparalleled commanding power over Russia. This newly-independent country was deep in debt, begging for aid and loans just to feed its people, and desperate to join the West. The country was at its most vulnerable point since the 1917 Bolshevik Revolution — while America, the Cold War victor, was at its geopolitical peak. It was during this brief, freakish moment in history — when the power differential between Washington and Moscow was as extreme as that between colonizer and colonized — that America leveraged its full financial, political, and cultural arsenal to coerce Russia into “transforming” itself according to Washington’s dictates and interests.

America’s interventions made sure that the most extremist neoliberal camp prevailed — and it was a disaster for the Russian people.

The country’s vast wealth was privatized to a tiny handful of connected insiders. Millions of people were thrown into poverty and prostitution. Millions died premature deaths. The Lancetestimated that 4 million people died just in the first half of the 1990s as a result of Washington-imposed neoliberal and hyper-capitalist reforms. Paul Klebnikov, the muckraking American editor of Forbes who was assassinated in Moscow in 2005, compared the scale of Russia’s excess deaths to those under Pol Pot and Stalin’s famines. And yet America’s complicity in this crime has been erased from history.

There was another result of this meddling that our media and foreign policy set would rather forget: America’s intervention in Russia’s nascent democracy helped transform a young parliamentary republic with a weak presidency into the centralized, authoritarian system of government that exists today — a system that Vladimir Putin has used to keep himself in power for the last twenty years. That’s the thing, Americans don’t realize that Putin is a “monster” of America’s own making. “

Thank you for your highly detailed, well researched, and illuminating answer. You sir are a paragon of intelligence and wisdom. We are all blessed to have you here on this message board. Bravo sir, bravo.

too stupid to distinguish anglo system from Rhine economic model? vs Russian/Asian model? no wonder u ukrop amerikan nazis are in 140% ratio to GDP debt…Russia/China massive reserves
LOL

So will Russia integrate in the Chinese 5,6,7G?

Of course they’ll do
It’s Progress

And in their firewall too

Where is Russia in this game? I can’t see it.

Using the best quality price products without any drama drinking Chay
Where is your country in this game? 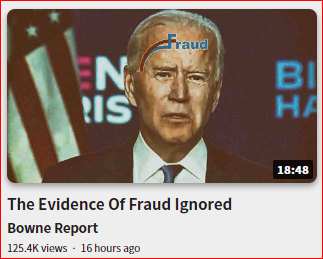 The US needs to be dejudified so that it’s Jew free. The entire planet does.

Before everyone congratulates China maybe you should read up on the effects of and potential uses of 5g, not to mention 6g. The “cage” is being closed while the” useless eaters ” celebrate. Most humans are really willfully obvious after all. So sad.

disqus_W1eFsMfKhi
Reply to  Fog of War

Not to mention controlling the weather by it. This has been in your face this year. DEW has been used (and seen on radar) with the CA plus fires. They also cause earthquakes and hurricanes.

Fog of War
Reply to  disqus_W1eFsMfKhi

The house ( of the red shield ) always wins.

amerikans do not innovate—they steal. today everything they have is purchased from other nations…expected in a decayed empire near collapse