Bomb assaults and knife attacks: The Chinese government blames the crimes on the allegedly powerful terror group of the Uighurs. Now 17 people were killed in a police operation. 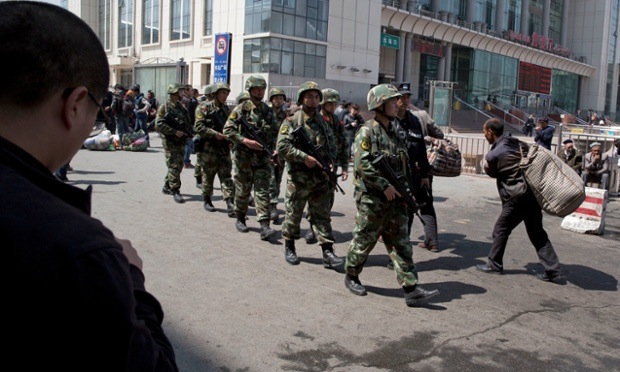 Chinese security forces killed 17 people in a police operation in the troubled province Xinjiang, according to a media report. Women and children were among them, reported the radio station Free Asia which is located in the USA.

The goal of the raid was to find supposed terrorists, which were involved in an attack on a coal mine where they killed at least 50 people. The military blew up the cellar where the suspects were hiding. They found three of the supposed terrorists with family members in the cellar. The government did not have a statement about the operation.

In the Western Chinese province of Xinjiang the tensions between Muslim Uyghurs and Han Chinese already led to violence in the previous years. China blames the radical Islamists. According to earlier reports in the national media IS is training insurgents in Xinjiang. The People of the Uighurs fight against an increasing restriction of their religion, language and culture.

Learn more about the topic: