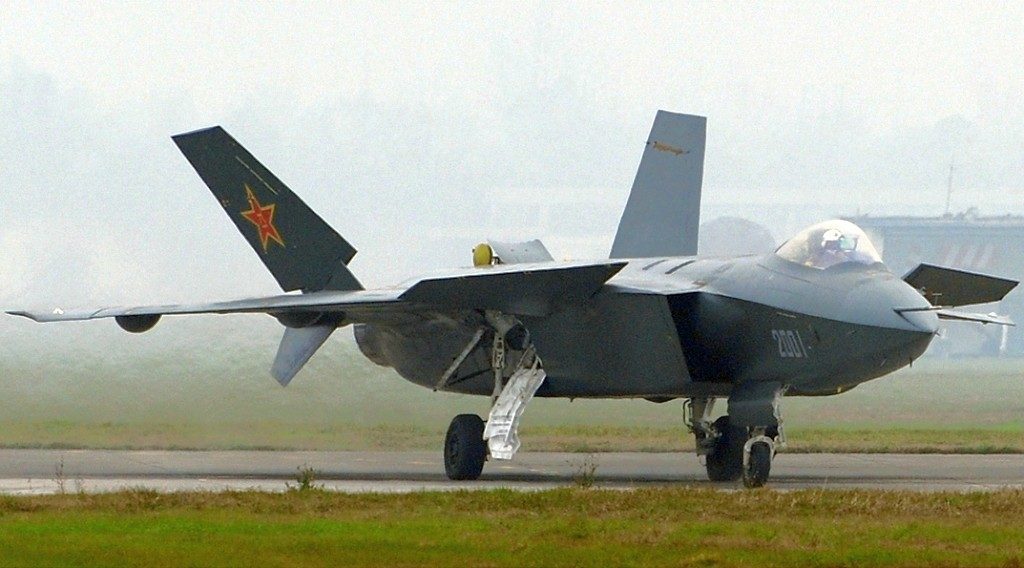 Reportedly, an improved power train will allow the Chinese jet to fly undetected at supersonic speeds, competing with the US F-35 Joint Strike Fighter.

With the new engine, designed to turn the J-20 in a world-class combat aircraft, South China Morning Post’s anonymous sources claim that the fighter jet will be ready for mass production by the end of 2018.

The sources also claimed that most of the problems, most of which are related to engine blades overheating have been solved in ground tests and trial flights. This makes the bid to create a high-quality aircraft almost a reality, as reported by the South China Morning Post.

A second unnamed source, cited by South China Morning Post, said that the problems with the WS-15 engine need to be solved before large numbers of J-20s can be manufactured. “China currently has about 20 J-20s, which is far from enough,” the source said. “[Having] a home-grown engine is a must for the J-20 to enter mass production, as no other country would be prepared to give China such cutting-edge technology.”

The anonymous sources’ claims seem legitimate, when taking into account a reported by state broadcaster China Central Television (CCTV) in April 2018. The report said that Chengdu Aerospace Corporation, which manufactures the J-20, was set to open a fourth production line for the stealth fighter in 2019. In August 2018, CCTV also reported that China had stepped up its training program for J-20 pilots.

According to the outlet, Beijing wishes to posses a stealth aircraft that is able to compete with the best in the world, especially with the rise in tensions over land disputes in the Asia-Pacific and with the US supposedly ramping up deployment of F-22 and F-35 fighters in the region.

“The WS-15 is expected to be ready for widespread installation in the J-20s by the end of this year,” one of the unnamed sources said, cited by South China Morning Post. According to the same source, some “minor problems” remained in the jet, however they would be solved once the engine had been more “extensively run in the aircraft.”

South China Morning Post cited military expert Zhou Chenming who said that China expected the US to deploy between 200 and 300 F-35s in the Asia-Pacific by 2025. According to him that meant “China needs a similar number of J-20s, or at least 200.”

According to the People’s Liberation Army (PLA), the J-20 entered into combat service on February 9th, 2018. It had been working alongside fourth generation aircraft such as the J-16 and J-10 fighters and the H-6K strategic bomber. However, according to The Post, the J-20 was equipped with a “stopgap” engine when it was initially deployed in February.

South China Morning Post reported that in May the J-20 took part in island encirclement drills around Taiwan.

One of the anonymous military sources claimed that the public would be able to get a first look at the stealth fighter jet at the China International Aviation & Aerospace Exhibition between November 5th and 11th. The event is held once every two years.

According to a report on August 30th, by the South China Morning Post, the J-20 stealth fighter jet carried out its first sea training mission. The PLA air force announced on August 29th that the training had taken place, without specifying where or when. The drill was conducted over the sea in “actual war conditions” to “further upgrade the air force’s combat capabilities,” Senior Colonel Shen Jinke said on the official air force microblog. “It will enable the [PLA air force] to better defend national sovereignty, security and territorial integrity,” he said.

The rapid development of the J-20 really presents the progress Chinese military engineers and designers have made. Similarly, to the tempo with which they’re developing the second and third Chinese aircraft carriers, the manufacturing of a fighter jet that can compete with the F-35 in such a short term is astounding.

It also appears that China is resolving issues with its jet, rather than what Lockheed Martin appears to be doing with the F-35. According to a recent investigative report by the Project On Government Oversight (POGO), 19 issues that could threaten a pilots life and the jet’s operation were downgraded so that the F-35 could go past the development phase. These issues were downgraded without an apparent fix even being in the works.

I wouldn’t be surprised if there are still a lot of birthing defects. And downgrading problems so they aren’t problems anymore is not uniquely American, that’s rampant to any bureaucracy. Which China also has a lot.

On the plus side the Chinese probably did not sink the same amounts of cash into this programs as the Americans and their vassals did in the F-35.

“I wouldn’t be surprised if there are still a lot of birthing defects. And downgrading problems so they aren’t problems anymore is not uniquely American, that’s rampant to any bureaucracy”

It’s also true that they could have simply solved any problem.

The US MIC creates all kinds of problems into the F-35 to extort more money from the US (and Euro) taxpayers; if Shenyang behaved like Lockheed Martin, heads would roll.

The F-35 is principally a program to divert enormous sums of tax-payer cash into the pockets of the privately-owned MIC, with a small portion of the profits recycled back into the US political system and Think-tank-land so as to ensure support for continued theft.

The development and deployment of an effective fighter jet is of secondary concern.

Well, if you want to trace the money even further, the F-35’s primary function is to support the US luxury home market, and it does a pretty decent job of it.

This must probably refer to the “tips” Lockheed Martin puts into congressmens and senators pockets.

No it is uniquely American.

Pump them out like iPhones guys make the American sky turn black from Chinese bombers.

Opening a 4th production line? It’s safe to say that they already are mass producing the J-20. What I want to know is, what is the fate of the FC-31? Will the PLA buy it as part of the High-Low mix doctrine?

J31 is behind in development compared to the j20, but they’ll likely start testing in the next few years, although i can’t say anything for sure as i ‘m not familiar with the methods the PRC employs in the adoption cycle of new aircraft (hence the times).

It’s China. Not Estonia. Not the UK, or the US. China. They can open an untold number of production lines.

If the official line is correct, the FC-31 is only funded by the SAC, not the PLA, which indicates that the PLA isn’t interested in it. On the other hand, the J-20 was accepted by the PLA rather early; long before it’s debut. Unfortunately, we can only guess on the development of the FC-31 due to the media blackout.

idk what you mean by chinese SAC

in any case, it’s likely that the J31 will be offered for export, while the J20 would likely stay domestic.

What is known is that the J20 is more or less a low-obs version of the MiG 1.42, which was discarded by Russia as the Flanker and Fulcrum families already covered its intended roles, so practically the engineering phase consisted simply in adapting the design to “stealth” and substitute the Russian equipment with Chinese one where applicable.

The J31 is more or less a copy of the US F-22 (not of the F-35, as most US press seems to be liking to claim), at least externally, its development started later and so on,

I don’t think “funding problems” can be applied to China as in western countries, if there is a real need of speeding development they can move budgets almost instantly.

“The production line comment was addressing whether the J-20 is in mass production or not.”

Competing with the US F-35 Joint Strike Fighter ?? It sounds that Chinese have very low ambitions. Like fly straight, low and slow and spent 100 hours in repairs for 1 flying hour – these are the main ambitions of F35. If the pilot is lucky and don’t get killed.