According to the unnamed source, the project is entirely Beijing funded and aims to assist Afghanistan in improving its “counterterrorism” efforts. More than one unnamed source reportedly spoke to South China Morning Post. One of them claimed that once the camp is completed the People’s Liberation Army (PLA) will most likely send at least one battalion (500 people) to the isolated Wakhan Corridor. “Construction of the base has started, and China will send at least one battalion of troops, along with weapons and equipment, to be stationed there and provide training to their Afghan counterparts,” one of the sources claimed.

The corridor is a narrow strip of inhospitable and barely accessible land extending about 350km (220 miles) from the northern Afghan province of Badakhshan to China’s region of Xinjiang, where Chinese authorities have carried out sweeping crackdowns on Uygur militant groups in recent months.

This would be China’s first military camp in Afghanistan in modern history. The country is infamously known as the “graveyard of empires” due to being so notoriously difficult to conquer and govern. However, as reported by South China Morning Post, Afghanistan has become increasingly important for China’s security, as well as for Chinese President Xi Jinping’s “Belt and Road” trade and infrastructure plan.

The unnamed defense official later noted that a completion date for the base was not yet determined and that the base would likely have a slightly different role than that of Beijing’s first overseas military base in the East African nation of Djibouti.

The unnamed sources cited by the South China Morning Post said that the Afghanistan base would have a different role, because the training camp is located close to Xinjiang. According to the anonymous officials, Beijing sees Xinjiang as the main source of the “three forces” – separatism, terrorism and extremism – responsible for a series of violent attacks in recent years.

In 2017, China opened its first ever overseas military base in Djibouti, which according to Xinhua was “meant for supply missions” and was not a “military outpost built to boost the country’s military presence and play deterrent roles in the region.”

“The Djibouti base has nothing to do with an arms race or military expansion, and China has no intention of turning the logistics center into a military foothold,” Xinhua added.

South China Morning Post also cited Russian news agency Ferghana News, which in January 2018 reported that Beijing would finance a new military base in Badakhshan after defense ministers from the two countries agreed last year to work together to fight terrorism, citing General Davlat Vaziri from Afghanistan’s defense ministry. However, Wu Qian, the Chinese Defense Ministry’s spokesperson denied the claims. “The so-called issue that China is building a military base in Afghanistan is groundless,” he said.

South China Morning Post cited Ahmad Bilal Khalil, a researcher from the Centre for Strategic and Regional Studies in Kabul, who in February 2018 said that China has provided more than $70 million in military aid to Afghanistan in the last three years. He further claimed that Beijing feared that instability in the neighboring country could threaten its growing economic interests across the region.

A Hong Kong military analyst, Song Zhongping, who is also a military commentator for Phoenix television was cited by the South China Morning Post as saying that the military base would benefit both countries. “A key function of the training base will be to strengthen anti-terrorism cooperation and military exchanges between Beijing and Kabul, which is also part of their efforts to stop separatists from infiltrating Xinjiang,” he said.

Song further added that “Afghanistan is very weak on counterterrorism, and the authorities there are worried about a Taliban resurgence, but they can’t do anything about it without help from the US, China and other countries.”

China needs to tell the US to stop transporting ISIS into the country, if they want to prevent Afghanistan to become more unstable.

China have officially rejected the reports, firmly denying they have any such plans for building bases in Afghanistan. Southfront you need to verify such reports before publishing them or you run the risk of ‘fake news’ accusations that the corrupt politicians and their mainstream media arm are just itching to label alternative news outlets with.

Do you have the link rejecting these claims?

You should really do your own research to verify or discard published information, however since you asked politely the source below is via RIA Novosti (Sputniknews.com) and the quoted source therein is the official Chinese Foreign Ministry spokesperson ….

I don’t always trust Sputnik. Sometimes I find them “reporting” on what they hope China will do.

Using Sputnik again, it appears that China is providing the funds for a military base for the ANA.
https://sputniknews.com/asia/201801111060663393-china-afghanistan-base-funding-border/

However, that last comment from the Chinese embassy in Kabul of “capacity building” could mean that the Chinese are building such a base and it’ll be jointly operated by both ANA and PLA. 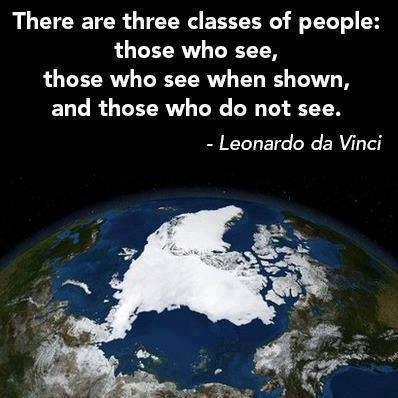 I didn’t realize you were offended by my comments.

Official Chinese denials don’t mean anything. For the longest time they denied any intent to militarize their islands in the South China Sea – until the bombers flew in. We really have to wait and see.

This will please the US no doubt!

Interesting report but since the source is the South China Morning Post, I find it to be suspect. Their views on Chinese foreign policy are almost to the point of being an independent entity or returning to the position of being once again a British colony. A Chinese base in neighboring Afghanistan would be a bad decision and only invite attacks from the many groups of militants who are experts in terms of killing and mayhem. Let the US and its lapdog coalition continue to be mired in that unending insanity. The US is already doing an excellent job of wasting its resources and creating enemies. (Several years ago there was a story about Chinese Special Forces operators in Afghanistan who were conducting reconnaissance missions under the cover of being journalists. That story was later debunked.)

This base is in a remote location in the Wakhan Corridor. It’s the only part of Afghanistan that have access to China. It makes sense to me as the ANA is incapable of maintaining control and is rather busy at the moment with the Taliban. Unlike the US, China is only looking to intercept anyone traveling to their border.

China also ahs Special Forces and a large cadre of officers embedded with the Syrian Arab Armies Tiger Division and 4th Armored Division and plan on taking part in the coming Idlib offensive. They want to gain real-time combat experience from the SAA and Hezbollah and IRGC, as well as working with the Russians.

Thi is chinas 1st step to take central asia back.