The Beijing Summit of the Forum on China-Africa Cooperation (FOCAC) was held on September 3-4th. More than 3,200 top officials and representatives from Africa and regional organizations gathered in Beijing to plan the next step the “win-win relationship” between China and Africa.

As reported by Xinhua it showed an “encouraging” Chinese approach to its relations with Africa. It also showed Beijing’s unselfish dedication to help developing countries, according to experts and world leaders cited by the outlet.

As a result, two outcome documents were adopted on September 4th at the summit. The “Beijing Declaration — Toward an Even Stronger China-Africa Community with a Shared Future” and the “FOCAC Beijing Action Plan (2019-2021)” were adopted at the two-phase roundtable meeting chaired respectively by Chinese President Xi Jinping and South African President Cyril Ramaphosa, the African co-chair of the forum.

According to Xi, the Beijing Declaration completely reflects the consensus on of both sides on major world issues and demonstrates the determination of both China and Africa to unite, share opportunities and meet challenges.

The Beijing Action Plan sets a schedule for pragmatic cooperation in various fields over the next three years. “It shows the firm will of China and Africa to implement the eight initiatives and depicts a new blueprint for win-win cooperation and common development,” said the Chinese president. The eight major initiatives are as follows:

The Chinese government said that it will set up a China-Africa economic and trade expo, carry out more than 50 agricultural assistance programmes, provide emergency humanitarian food aid totaling more than $147 million to African countries which are affected by natural disasters. In addition to that, 500 senior agricultural experts are to be sent to Africa.

There will be collaboration with the African Union to form a China-Africa infrastructure cooperation plan, while at the same time supporting Chinese companies taking part in Africa’s infrastructure development.

According to Xi Jinping, China plans to increase imports, especially of non-resource products, from Africa and support countries that participate in the China International Import Expo. The poorest African nations will not be required to pay exhibition stand fees.

China is to also undertake 50 aid projects related to the green development and ecological and environmental protection, with a particular focus on climate change, oceans, desertification prevention and control, as well as wildlife protection.

In order to assist people in Africa to improve their skills, China wishes to set up 10 Luban Workshops to provide vocational training for young people. Beijing also said it will train 1,000 high-calibre Africans, provide the region with 50,000 government scholarships, sponsor seminar and workshop opportunities for another 50,000 people, and invite 2,000 African youths to China for exchange visits.

China plans to upgrade 50 medical and health aid programmes in Africa, including projects such as the headquarters of the African Centre for Disease Control and Prevention and China-Africa Friendship Hospitals.

In order to boost people-to-people exchanges, China is scheduled to set up an institute of African studies and enhance civilisation exchanges with Africa.

Xi said that China is to set up a China-Africa peace and security fund and continue providing free military aid to the African Union. “A total of 50 security assistance programmes will be carried out, covering aspects such as UN peacekeeping missions, piracy and terrorism,” he said.

In addition to all of these, Xi said that the leaders that were in attendance unanimously decided to firmly uphold both an open world economy and the multilateral trading system, while continuing to oppose protectionism and unilateralism. He also further said that China would strengthen its policy coordination and incorporate the the Belt and Road initiative in to either Agenda 2063 by the African Union or the United Nations’ 2030 Agenda for Sustainable Development.

In general, Chinese investment, as reported by Brookings, is mostly concentrated in transport and energy. The country is also involved in building railways in Kenya, Ethiopia, and Zambia, among others. For instance, the Chinese Export-Import Bank provided 85 percent of the funding for the $475 million Addis Abab-Djibouti rai line, which serves 4 million of the city’s residents. the Addis Ababa–Djibouti rail line, an “iron dragon” running through the Ethiopian Highlands. The railway connects landlocked Ethiopia to Djibouti.

As reported by Brookings, most Chinese investments in energy are focused in oil and gas, however, there have also been investments in clean energy such as hydropower. According to the outlet, China invested $3 in renewable energy for every 1$ the United States invested.

Overall China has provided $75 billion in aid, it has also made approximately $100 billion in investments, that is more than any other country. China is also the main trading partner of many African countries since 2009. As reported by Mail.ru, the total trade turnover is about $200 billion.

Mail.ru further reports that thanks to Chinese funding 100 industrial parks now operate or are being built, cars and trucks, refrigerators, televisions and much more are being manufactured or will soon be produced.

China was condemned for its funding and provision of aid to Africa, being blamed, especially by the US of “neo-colonialism,” of “plundering resources,” and using “debt trap” democracy in Africa. The Chinese government claimed that the funding and investments have no strings attached to them and their sole purpose is of helping the African nations develop.

Xinhua cited South African President Cyril Ramaphosa dismissed allegations of China acting in a colonialist fashion in Africa, saying China instead has been a partner in boosting social and economic development on the continent. Djiboutian President Ismail Omar Guelleh also said that the Africa-China partnership is based on win-win cooperation and mutual benefits, in contrast to those allegations.

China appears to be slowly turning into a superpower by using its “soft power” to increase its influence over large regions.

Now, laugh of the day – “China was condemned for its funding and provision of aid to Africa, being blamed, especially by the US of “neo-colonialism,” of “plundering resources,” and using “debt trap” democracy in Africa.” -> the hypocrisy of the US, is absolutely baffling.

yes, so very jewish of them.

India signs pact for sharing of military equipment, intelligence with US: reports
This is a huge blunder of current Indian regime.

Yup, as usual, whatever the West accuses others of doing you can expect it to have done the exact same, only ten times worse.

China have their own land that is why they don’t take lands from other nations.

US and Israel both have no land. They have occupied other nations’ lands and still they invade other countries for lands. Their role in the world is similar to demons.

Debatable with respect to Tibet 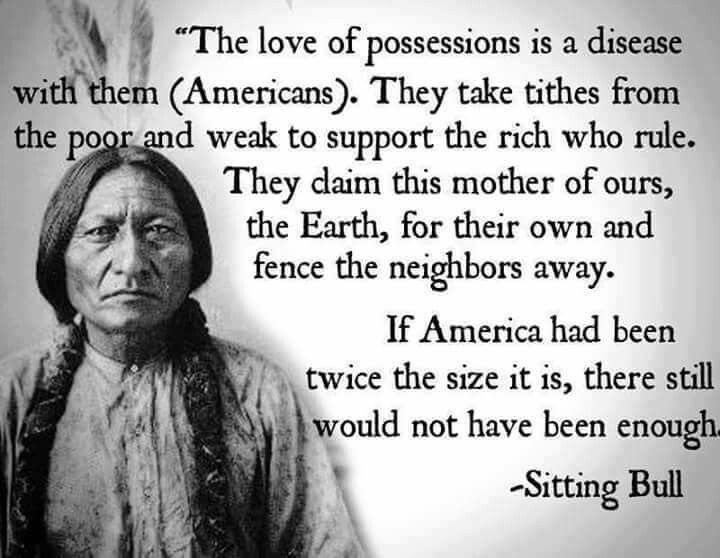 China never colonized nor engaged in human trafficking in the slave trade, nor in the support of Apartheid as the United States and Europe did. The US can never compete with China because of philosophical differences. The US is about plunder and vassalage, and China is about win-win trade.

“China is about win-win trade.”

unfortunately, we can not see this

china will want also large territories from russia, which were stolen by ruskies in the 19th century. will you applaus also in that moment for china? :P