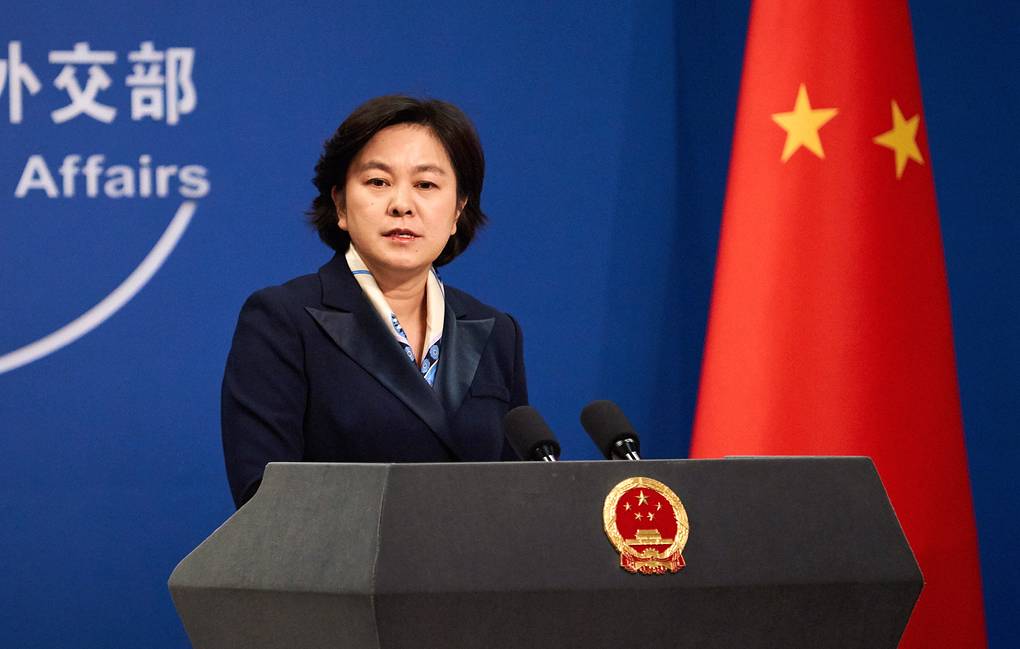 China has imposed sanctions on the New York-based Human Rights Watch organization and suspended the review of requests by US warships to visit Hong Kong, Chinese Foreign Ministry Spokesperson Hua Chunying said at a briefing on Monday.

She pointed out that “despite strong protests from China, the US authorities insisted on signing the so-called Hong Kong Human Rights and Democracy Act, which is a serious violation of international law and interference in China’s domestic affairs.”

“In response to the United States’ unreasonable actions, we have decided to suspend the review of requests from US military ships and aircraft to visit Hong Kong. We have also imposed sanctions on several US-headquartered non-governmental organizations, including National Endowment for Democracy, International Republican Institute, Human Rights Watch, Freedom House,” the Chinese diplomat specified.

“We urge the United States to correct mistakes and stop interfering in our internal affairs. China will take all the necessary steps depending on how the situation unfolds in order to protect the stability and prosperity of Hong Kong, as well as the country’s sovereignty, security and development interests,” Hua Chunying emphasized.

The Hong Kong Human Rights and Democracy Act, signed by US President Donald Trump, requires the US administration to conduct annual reviews of the situation in Hong Kong to make sure that the “one country, two systems” agreement is upheld, and impose sanctions on Chinese officials, who, according to Washington, are responsible for human rights violations in the administrative region.

when you say the human rights watch you can just as well say CIA – and when you say usaid that’s the same as saying CIA. the unhinged states of A hide its nefarious activities behind fronts like those mentioned. wouldn’t be surprised if amnesty also serves as a CIA front.

In regarda to syria, amnesty and cia are one and the same.

Remember the crematorium bullshit? That was in fact a heating plant.

NGO declaration of war? The National Endowment for Democracy funded by the US govt.

The International Republican Institute >Its critics say that it has helped to overthrow popularly elected governments, such as the government of Jean-Bertrand Aristide in Haiti, and replaced them with unpopular dictatorships

Human Rights Watch “Withdrawal of donor support, as seen in a 15% drop in income between 2009 and 2010, was mitigated by a 10-year, $100 million donation from billionaire George Soros announced in September 2010.” https://www.ngo-monitor.org/ngos/human_rights_watch_hrw_/

What took so long? Or was it just enough rope to hang themselves?

I suspect the latter.

No one is imposing sanctions on America, no one. We sail in Internal water ways in free navigation where we like, whether you like it or not………LOL. That’s how we are and China cant do a shit.