Beijing has once again sent its fighter jets, bombers and reconnaissance aircraft through a key entryway into the Pacific Ocean between Okinawa and Miyako Island. 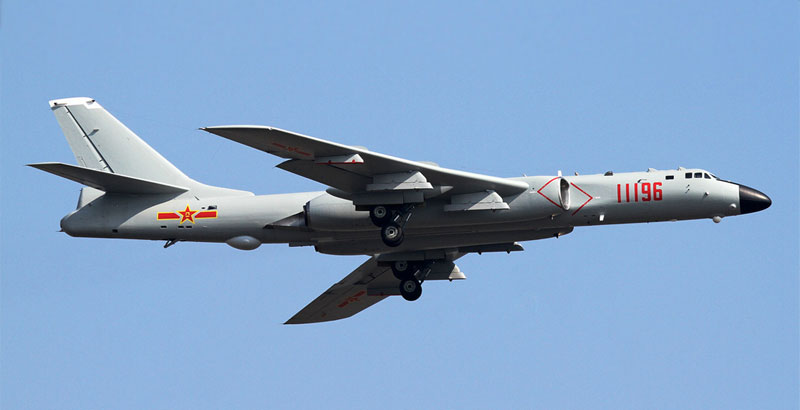 On Friday, two Chinese surveillance planes, as well as two other fighters and bombers, flew through the Miyako Strait, a key entryway into the Pacific Ocean between Okinawa and Miyako Island, the Stars and Stripes news portal reported. The flight did not infringe on Japanese territorial airspace, but went through a politically sensitive area. For this reason, the Japanese Defense Ministry announced that aircraft of the Air Self-Defense Force (ASDF) were scrambled in response.

As the website reported, citing a news release of the Defense Ministry’s Joint Staff Office, two Chinese H-6 bombers and intelligence-gathering aircraft “flew northwest over the Pacific Ocean toward the East China Sea, passing through the strait south of Okinawa,” while two Su-30 fighter jets entered the passageway from the opposite direction and linked up with the four other aircraft before flying to the East China Sea.

The development came at the same day, when the sixth round of talks on a stalled maritime and air communication protocol was held by Japan and China in order to prevent accidental clashes between aircraft and vessels.

Since September, it was the second such a flight. Earlier, at least eight fighters and bombers were dispatched by China through the area apparently to send a message to Japan.

On October 15, the Japanese Defense Ministry said that fighter jets of the Air Self-Defense Force were scrambled against Chinese aircraft, approaching Japanese airspace, 407 times in the first half of fiscal 2016, while between April 1 and September 30, the ASDF scrambled its warplanes 594 times, up 251 times from the same period last year. Nearly 70 percent of the incidents accounted for Beijing. However, the ministry stressed that there were no occasions, in which a foreign military plane entered Japanese airspace.

In mid-September, the Chinese People’s Liberation Army Air Force announced that “regular” exercises will be organized by it in order to fly past a strategically important entryway into the western Pacific – the so-called first island chain that includes Japan’s Ryukyu Islands and Taiwan.

Japan and China are involved in a territorial dispute over the Senkakus. In 2013, an air defense identification zone was unilaterally declared by China over the East China Sea. Since this time, Chinese coast guard vessels have been frequently facing off around the Japan-administered islands, which are claimed as Tiaoyutai by Taiwan and Diaoyu by China.