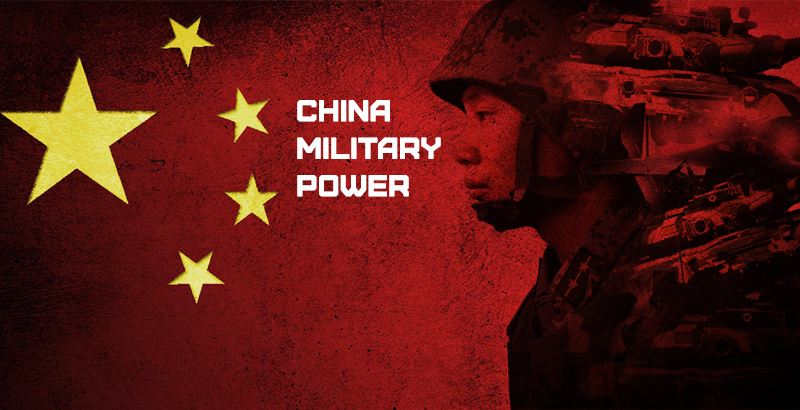 An officer in the SAA told the Syrian website that the equipment was supplied to the army’s 3rd Armored Division and the 25th Special Forces Division. Both units are deployed on Greater Idlib main frontlines.

The TIP, made up mainly from Chinese Uyghurs, has been active near the town of Jisr al-Shughur in northwestern Idlib, the town of Kabani in northern Lattakia and in the al-Ghab Plains in northwestern Hama. The terrorist group is a close ally of Hay’at Tahrir al-Sham, the de-facto ruler of Greater Idlib. It also operates with much freedom near Turkish forces in the region. The group has around 4,000 fighters.

Last year, the US removed the TIP, more known as the East Turkestan Islamic Movement, from its terror list. The move provoked China which was hit by the group’s terrorist activities.

JY-27 radars, which has a detection range of up to 390 km, were spotted in Syria before. It’s unclear how these aerial radars would support the fight against the TIP in Greater Idlib. China may have supplied the SAA with the radars as a gesture of goodwill.

7al.net speculated that the support for the SAA may be the first step towards a direct Chinese military intervention against the TIP in Greater Idlib. This is very possible.

Over the last few years, several reports talked about a near Chinese military intervention in Syria on the side of the Damascus government. Nevertheless, none of these reports have materialized, so far.

Important to remember the anglo, zionist, american, wahhabi plan for a “kurdistan” on Syrian soil is dead in the water.

There will be no kosovo 2.0 in the middle east, complete with a brand new american military facility. This is what is driving western swine insane.

They have failed in all their key strategic objectives in Syria, Iraq, Yemen, Iran, Venezuela, Bolivia etc.

✡︎ Millennial Holocaust Survivor ✡︎ I gotta ask how?, I dont understand how a person can be a millennial holocaust survivor, maybe Im wrong but I thought a millenial was born after 1980, so i dont believe they can be survivors of the 2nd war, can you tell me how they can be? As a side note, the Russians lost 27 million people during that time, I dont see how some people that died can be more important than others. Just a thought.

Your on fire today!!

Thanks, the new medication was a worthwhile investment!

Are these the same type of Uyghurs who were the victims of a fabricated genocide – the one with no bodies, mass graves, time periods or location? According to the demented, hypocritical, brain-damaged, degenerate logic of the US and its little peon followers, these must be the “good Uyghurs.” To show how much US foreign policy cares about Muslims, they helped destroy, Libya, Afghanistan, Iraq (twice) and Syria. Ask the most ignorant person in Europe who caused the migrant invasion of their continent beginning in 2015 and they will tell you it was the US and its lapdogs.

The Jews are not going to like this. Russia, China, and Iran have really put a crimp in the Jews’ drive for their “Greater Israel.”

By the way, all of Jordan and about half of Egypt are claimed by the Jews to be part of their “Greater Israel.” Expect soon more trouble in those countries.

It’s already happpening as we speak since the Arab League, headed by the Saudi chimps in cahoots with the Chosenites, is planning on expelling Jordan from the organization. What is this a prelude to? More than likely, Jordan will have to ally itself with the Resistance forces of Iran, Syria, Lebanon and Iraq. Screw the Turks though, who are acting as two-faced scum!

Russia, Iran, China, and other countries have done far more than put a “crimp” in the pretender Jew’s drive. A truck load of big monkey wrenches, maybe. When Israel got all buddy-buddy with Jordan, and the other’s, it’s easy to see what’s going to happen next. US is destroying itself at the direction of it’s City of London masters. That coincidentally own 60% of the fake State of Israel. It needs allies, and cannon fodder desperately.

The Chinese need to put boots on the ground in Syria, like Russia does.