According to political analysts, Beijing has deployed the Dongfeng-41 ballistic missiles across China in response to the US missile defense system in the Asia-Pacific region. 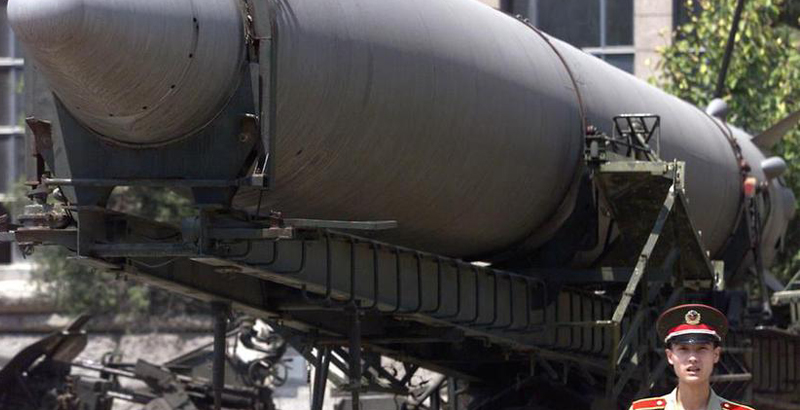 Several Dongfeng-41 (DF-41) nuclear solid-fueled road-mobile intercontinental ballistic missiles (ICBM) have been placed in three locations across China in response to the US missile defense system in the Asia-Pacific region, the RIA Novosti news agency reported, citing a political analyst and lecturer at the Plekhanov Russia University of Economics, Alexander Perendzhiev.

“China has deployed new intercontinental ballistic missiles in response to Washington stationing components of its missile defense system in Japan and South Korea,” Perendzhiev told RIA Novosti. “The United States has said that its missile defense system in the Asia-Pacific region is solely aimed against North Korea, but it is in fact designed to counter Russia and China’s nuclear missile potential.”

As Chinese media reported, the DF-41 ballistic missiles were deployed to Daqinq city in Heilongjiang province, which borders Russia, as well as in Xinyang city, located in the central province of Henan, and in the northwestern Xinjiang Uyghur autonomous region. However, these reports still have not been confirmed.

It became known about the alleged DF-41 deployment just several days after the three-day naval missile defense war-games were started by the US, South Korea and Japan. According to experts, the war-games are aimed to counter the missile threat from North Korea.

As analyst Vasily Kashin noted, the first photos of the DF-41 appeared online already in December 2016, but did not trigger any stir at that time. However, this time, Hong Kong-based media outlets, as well as a state-run Chinese newspaper published this information.

“We have witnessed the usual process of confirming information on new significant weapons system in the Chinese media. The same approach (involving forums, then Hong Kong and foreign media outlets and finally the Chinese media) was used to introduce information one other important armaments, including the J-20 fighter,” Kashin told RIA Novosti.

According to the analyst, the Chinese government wanted to “make a splash” and did this. Kashin also put his mind to the timing of the news.

“Although the development and preproduction of the DF-41 took many years, the information about the ICBM was released soon after the inauguration of US President Donald Trump, known for his belligerent anti-Chinese rhetoric. That way China has sent an important political signal to the United States,” Kashin said.

How long before this is portrayed as an act of aggression by China?

Wait until cnn cover this news

Since the invasion of Vietnam by China in 1979.

Your claim is a mistake. You always make mistake like f**king your own mom mistakenly instead of your wife ?

Invasion normally means to conquer and will colonized other’s territories. China didn’t stay and colonized Vietnam like USA colonized Philippine before WWII. So it’s not an invasion. China’s purpose is to teach Vietnam a lesson and to show it is willing and capable of wage a war towards others who provoke it.

Next time, please double check before you f**k to make sure it’s your wife and not your mom. F**king own mom is an incest.

What’s with the anger issues? Can’t you have a civilised discussion without resorting to vulgar diarrhea?

I did see something about this in Canada’s MSM – they painted it in a peculiar light suggesting China was once again moving ICBMs up to Russia’s border making it seem like they were worried about attacks from Russia.

China’s deployment of DF41 is a response to USA’s hostility/threats towards it. USA has threaten to use nukes on China more than one time in history before China owns any nuke.

If USA didn’t issue threats of using nukes on China, China will never have to make such deployment. USA’s aggressiveness is the main cause of world arms race.