Beijing has built a pier for war ships that can be used as a military base near the disputed Senkaku Islands (Diaoyu in Chinese) in the East China Sea. 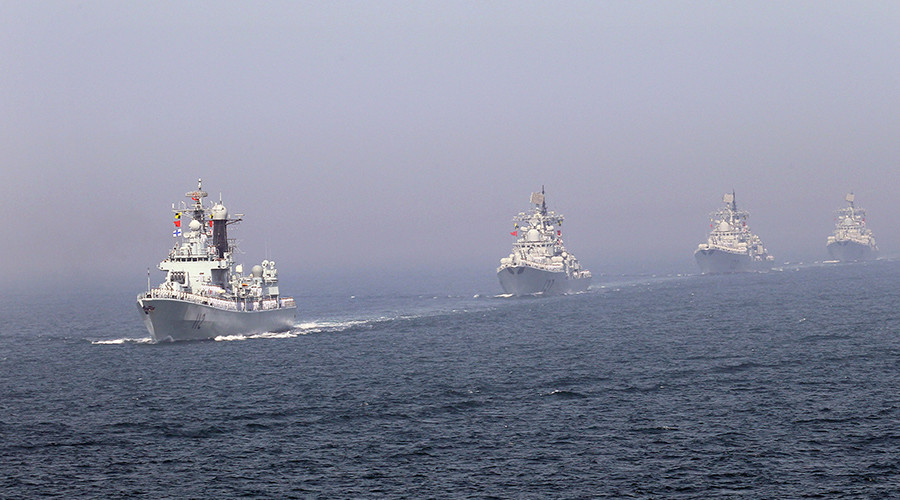 Amid escalating tensions between Beijing and Tokyo, a pier for war ships that can be used as a military base, has been built by China near the disputed Senkaku Islands (Diaoyu in Chinese) in the East China Sea.

The new 80-meter-long pier has been constructed on one of the islands in the Nanji chain, near Wenzhou port city, about 100 km closer to the Senkakus than Okinawa and its US military bases. Several warships have already been seen using the pier. According to sources, the facility is equipped with an advanced radar system and a heliport. It can accommodate landing craft and carrier-based helicopters.

Apparently, the construction of the pier is connected with Beijing’s preparedness for possible future confrontations with Japan and the US due to their concern over China’s growing maritime assertiveness. Monitoring of the air defense identification zone, which the country declared over the sea in 2013, has been intensified. The zone still is not recognized by Japan or the US.

As reported, Beijing also plans to build a major China Coast Guard base in Wenzhou, Zhejiang Province, for enhancing of support for vessels monitoring the Senkaku Islands.

Chineese navy would be destroyed in 48 hours.

You mean Japan’s navy will be totally destroyed by China’s DF26 hypersonic missile system within one hour.

No need of war.China holds one trillion dollars or more of US treasury bonds earning a very low interest rate.James Dale Davidson(advisor to 4 US presidents) said the day of reckoning is coming,we can not keep printing money .We can uses that money to build our intrastructures at 4%.Besides we can not destroyed all of the 1,000 evading(WU-14)supersonic missiles(DF-41) with 10 MIVR hidden in 3,000 miles of nuclear resistant tunnels and thousands of mile of high speed road tunnels.The PLAN will employ their latest 098 submarines each carrying 104 PL-5 supersonic missiles with 5 MIVR.To destroy any navy ,China has thousands of low cost supersonic cruise missiles YJ-18 that hone in their target at 15 feet above sea level combined with several DF-21D at supersonic speed(mach 10)