Shohrat Zakir, chairman of the Government of Xinjiang Uygur Autonomous Region admitted to the existence of internment camps in the region.

According to him, Xianjiang was plagued by terrorism, extremism and separatism, however with the help of the Communist Party of China it has managed to largely overcome these challenges.

According to him the camps are part of a two-part solution. On one hand, “Xinjiang has put emphasis on strictly countering a small number of violent terrorist crimes according to law, and spared no efforts in protecting the basic human rights of the citizens from the harm of terrorism and extremism.”

On the other hand, “Xinjiang has also stressed addressing the root cause of terrorism, and moved to bring around, educate and save the majority of those who committed petty crimes, through assistance and education, to prevent them from becoming victims of terrorism and extremism.”

Despite the significant progress in the region, there are still issues related to extremism and terrorism in the four prefectures of Southern Xianjiang. Many of the people there, according to Zakir speak little Chinese and have limited knowledge of the law. Thus, they have difficulties finding a job due to their limited vocational skills.

“This has led to a low material-basis for residents to live and work there, making them vulnerable to the instigation and coercion of terrorism and extremism. There is still a long way to go for southern Xinjiang to eradicate the environment and soil of terrorism and religious extremism.”

Due to the above-mentioned, Zakir said that Xianjiang had launched a vocational and training program. The training happens in centers and its purpose is to remove the “environment and soil” that lead to terrorism and religious extremism and to stop violent terrorist attacks from taking place.

He also said that some trainees had come close or have reached the necessary standards to complete the training and are expected to complete their education by the end of the year, after which they will set out on their own to find work and live peacefully.

As reported by the South China Morning Post, Zakir is the first top Xinjiang official to speak publicly about the widely criticized camps. Media outlets have repeatedly reported of the camps, without ever receiving of a confirmation of their existence. However, they repeatedly blamed the Chinese government of creating prisons for the ethnic Uygurs.

Maya Wang, a senior China researcher at Human Rights Watch, said Beijing’s “clumsy justifications” were clearly a response to condemnation from the international community but would not blunt criticism.

Zakir, however, did not mention that any of the people in the centers under detention. He did say that the centers provide “concentration training” and “boarding studies”, with security guards monitoring the entrance.

He also did not provide any information regarding education against extremism and terrorism that’s provided in the centers. It is, however, possible that it is considered that being taught a language, about the laws and a vocation would make a person fit into society.

The South China Morning Post cited Omir Bekali, a Chinese-born Kazakhstan citizen who was released from one of the camps. According to him “detainees” were made to undergo political indoctrination, lectured on the dangers of Islam and ordered to chant, “Thank the party! Thank the motherland!” before meals.

“Many trainees have said that they were previously affected by extremist thought and had never participated in these kinds of arts and sports activities, and now they have realized that life can be so colorful,” he was cited by Xinhua.

The US Congress is calling for sanctions on Chinese officials, and specifically on the regional party chief Chen Quanguo, involved in what they describe as “detention camps.”

The European Parliament also called on all EU member states to mention the “detention camps” into multilateral dialogues with China, while the new UN Human Rights Representative for the EU Michelle Bachelet called for monitors to be allowed in the region.

Without any evidence that the centers are actual internment or detention camps, media hysteria over them has been increasing in past months, similarly to other narratives related to China. This is more than likely a part of the rapidly deteriorating US-China relationship. That started getting worse with the Trump-initiated trade war and has spilled into other fields of interest. Despite that, China is also not free of blame in the framework of the “liberal approaches”, which are now popular in the US and the EU. Beijing’s strategy to combat the terrorist threat in the region is effective, but it does not look very “democratic”.

well, i meant another form of concentration
http://www.amiryatziv.com/images/arbeit%20macht%20frei%20-%20still%20from%20video01.jpg

Spare us, we know the real story. 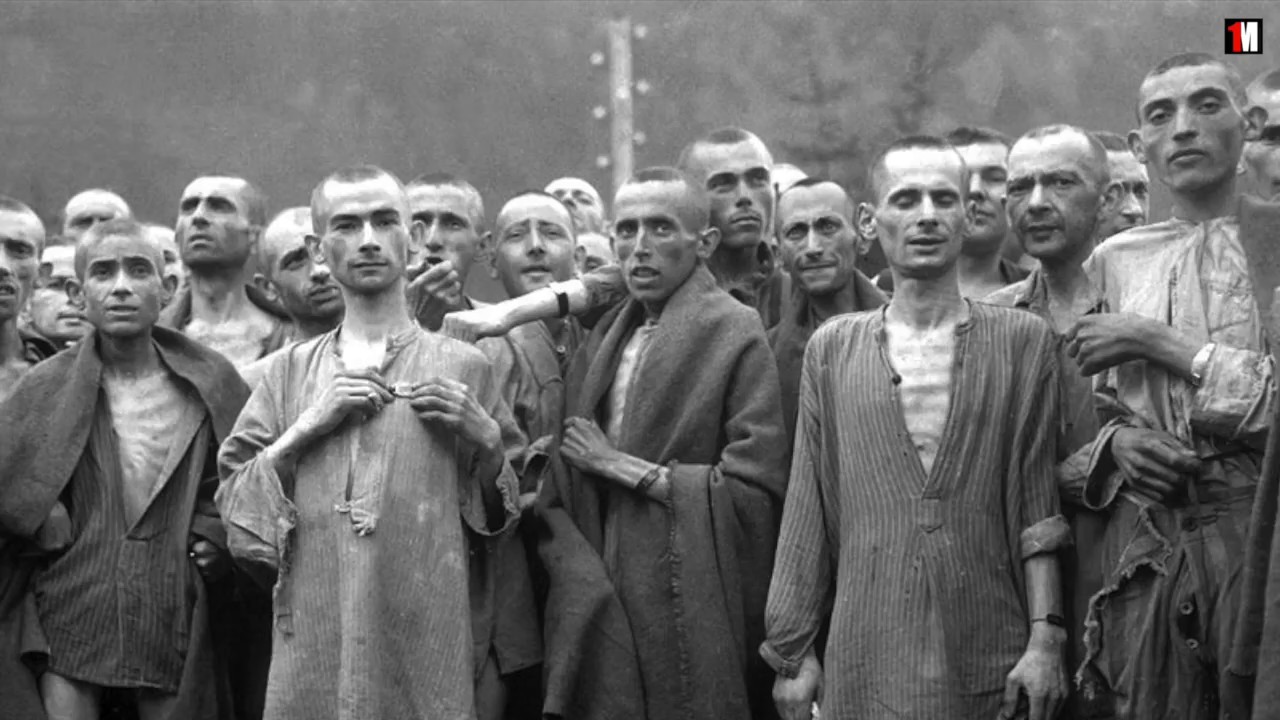 There you go, I had the same take on the word, as would many Chinese with their cultural heritage including Buddhism for thousands of years.

China’s Muslim Uighur problem is being instigated by the CIA, Mossad, Mi6. Also the Saudis offer them ‘ scholarships ‘ to come learn Salafism/wahabism there.

Chins should use vast resources and raise the standard of living for its northeastern Muslim citizens. Just like what Putin and Russia did for the Chechens.

China is very rich, and can just throw lots of money at the problem, and it will dissipate and go away.

Either Turkey of the Syrians government will eventually hand over to the Chinese authorities the fighters that went to Iraq-Syria to wage jihad. These people need re-education. Nothing wrong with that.

Yeah, China, this stinks of high heaven, because, attacking the effect, with doing abolutelly nothing with the cause is to admitting the narrative of an loosing game in the long run.
And in this, you have moved a tiny bit to far, again, since the real problem lies in the west, and above all, the Saudi.barbarians, whom have done this, with the help of the UssA and ISISrael.

This wahabis are stupid people, but not the leaders, they should be hunted down and hanged when found, silent and cleen, wipe them out one by one, but I know you will not or even care, because I guess its in the end, bizzenizze.

And again this stupid Nazi uh… whatever, when the use and/or the threat of using this kinds of education, yeah, camps have been propoused and still is considered as an viable and seriouslly debated option regarding people whom dont bit into the AGW scam, in Norway, why dont you ask them, and why do the “science” people in Norway hail contentration camps in the uh…… nazistic times, huh to fight eh….. ignorance as they say, because not beliving in AGW is an deadly sin, we are murderers, dont you agree.

So, this, China is an self imposed cluster foook, and will come back and bit your ass.
This is amaturish, and I dont expect this level, rings medivial time solutions to an modern time problem, and this will generate more hate, to even think anything else is fooling your self, when Nuking RyHad would solve everything within 5 minuttes.

“Attacking the effect, doing nothing with the cause, is a loosing game in the long run”.
When Bush, bin Laden and the CIA created Al Qaeda back in the eights, the first thing Air America did was to fly in two plane loads of Wahhabi Korans from Saudi Arabia. They have that “special” Wahhabi commentary from their highest ranking priests ( Imans ). For the last 35 years they have shipped them around the world.
Getting rid of them is just as high a priority as regime change in Ryhad.
Rebellion is a part of being young, but a new “Counter Jihad” ideology must be developed and deployed. In China. that could embrace a revised Falungong, Buddhist meditation, Tai Chi, and some sort of Confucian loyalty to the “Emporer” a striving for harmony.

Of course Beijing exaggerates the terror threat while trying to gloss over the separatist and anti-Communist elements, but in this environment they all will have a tendency to be blended into one. China’s extreme efforts to maintain power may in the end turn this into a large scale Chechnya.

The hypocrisy of Western governments can be so infuriating. The Chinese are trying to de-radicalize it’s own citizens, and trying to provide a meaningful life afterwards. They may not always succeed, but they are trying to do something useful. Meanwhile these Western critics, likely bought off by Wahabists, stay ever so silent on the shenanigans in Yemen, Libya, and Syria.

lets not forget that Turkey is trying to manipulate muslim Uighurs for its own agenda. radical clerks and officials have visited Turkey and in open speaches ,organized by the sultan, they make open threats to china and all the world ,based on their Muslim ‘legacy’. so its not always the us, cia ,israel etc. there are other pawns in the terrorism-radicalization global game.

China is again interfering in US external affairs and assets.

As American I hope not to being forced remind you about communist brainwashing winning peoples heart into believing a peaceful life under communism is good. Its not!

Only constant fight, destruction of China´s “dancing and singing contest” ideological brainwashing” and elimination of America´s enemies we can secure Western freedom! Wake up sheeple and join US Navy.