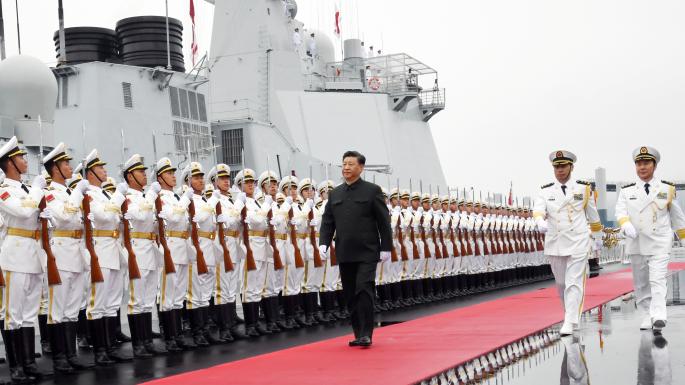 More than 60 countries sent delegations to take part in the naval parade, more than 30 of them sent major naval leaders, such as Admiral Jose Luis Villan of Argentina, Fijian navy commander Humphrey Tawake among others.

The parade featured 32 Chinese vessels and 39 aircraft, as well as warships from 13 foreign countries including India, Japan, Vietnam and Australia.

The US sent a low-level delegation to Qingdao, led by the naval attache at its Beijing embassy, and no ships.

The Indian Navy sent its frontline destroyer the INS Kolkata. 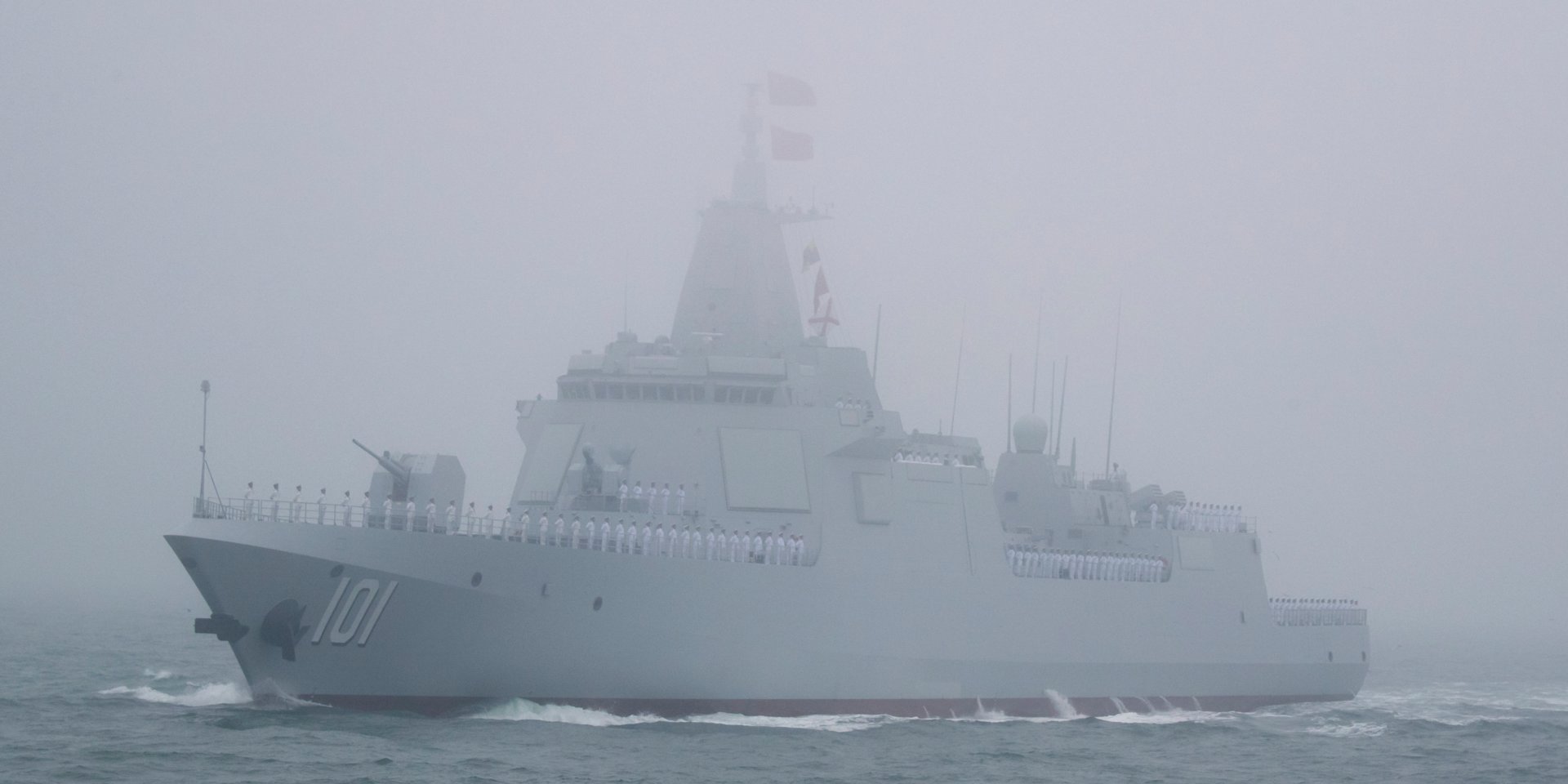 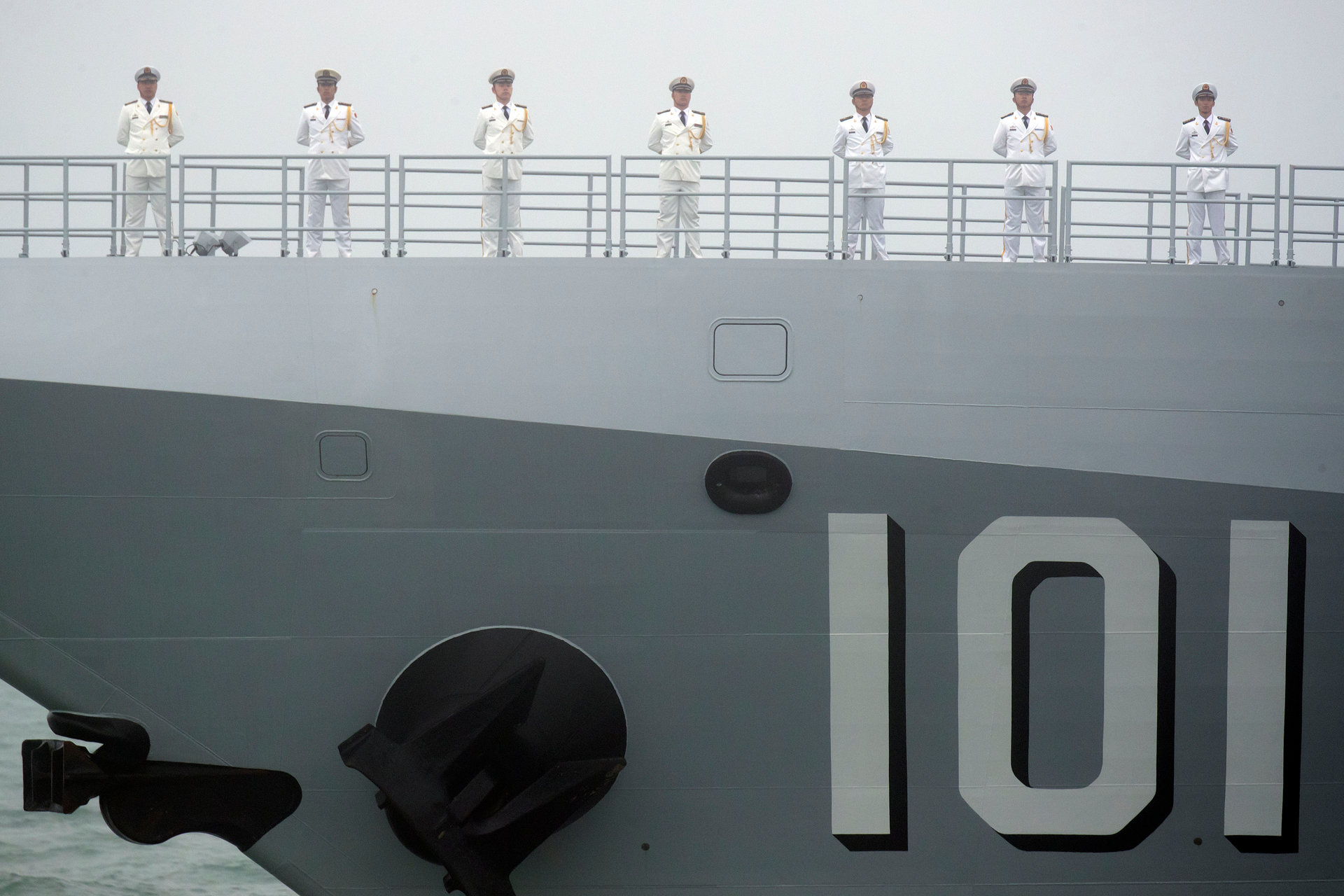 The Type 055 stealth destroyer Nanchang is armed with 112 vertical-launch cells with the ability to fire HHQ-9 surface-to-air missiles, YJ-18 anti-ship cruise missiles, and CJ-10 land-attack cruise missiles. The main gun is a H/PJ-38 130-mm gun, but there are reports that this vessel could eventually be equipped with a railgun. The vessel uses X- and S-band radars, allowing it to track stealthy objects of various sizes.

The destroyer first debuted in 2017, and started sea trials in August 2018. Wei Dongxu, a Beijing-based military analyst, told the Global Times that the public debut at the fleet review indicated that the vessel was now combat-ready.

The other new weapon, the Type 094 Jin-class nuclear-powered ballistic missile submarine also made its appearance.

The Jin-class carries a total of 12 JL-2 (Western reporting name CSS-N-5 or Sabbot) submarine-launched intercontinental ballistic missiles. The JL-2 missile has an estimated maximum range of around 7 400-8 000 km. 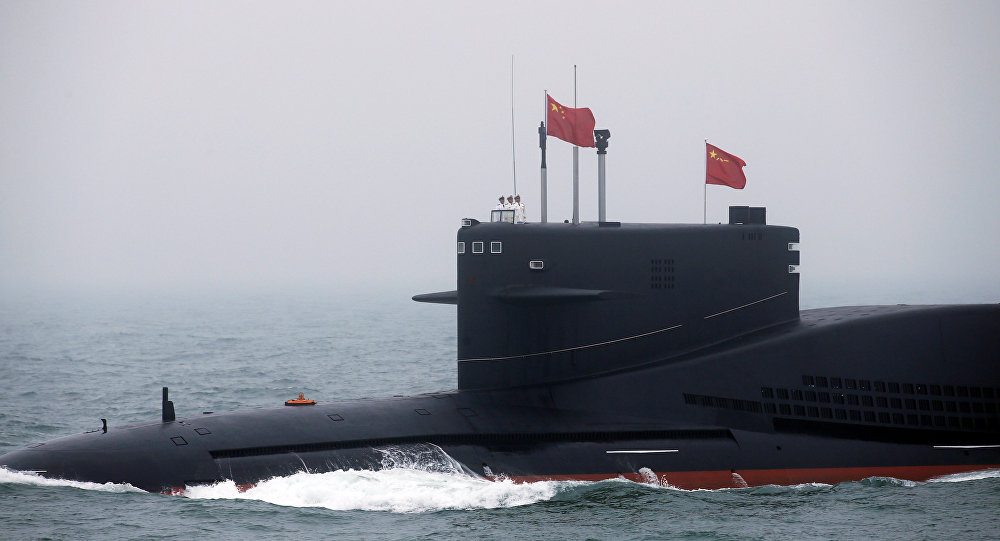 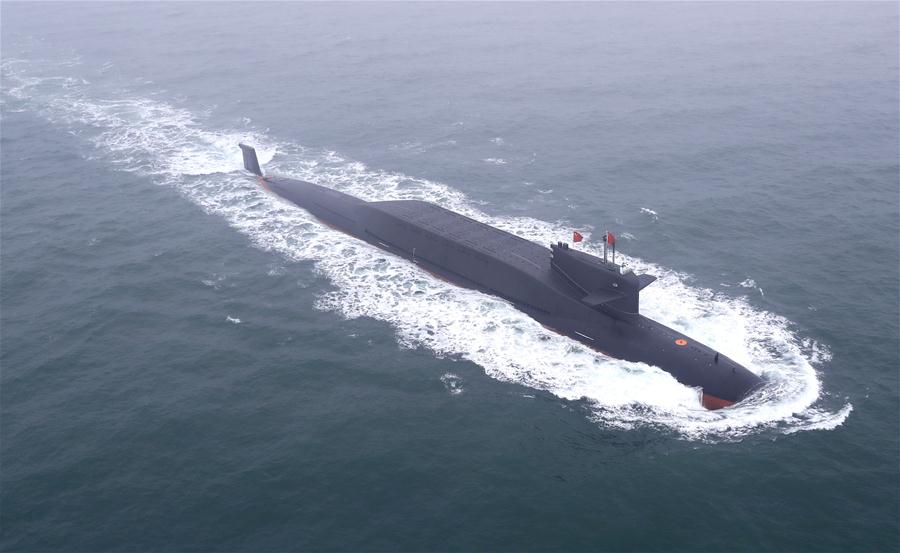 Expectedly, the event was overseen by Chinese President Xi Jinping. In his remarks, Xi said that the navies of the world should work together to protect maritime peace and order.

“The Chinese people love and long for peace, and will unswervingly follow the path of peaceful development,” Xi said.

“Everyone should respect each other, treat each other as equals, enhance mutual trust, strengthen maritime dialogue and exchanges, and deepen pragmatic cooperation between navies. There must be more discussions and consultations between countries, and there cannot be resorts to force or threats of force at the slightest pretext. All countries should adhere to equal consultations, improve crisis communication mechanisms, strengthen regional security cooperation, and promote the proper settlement of maritime-related disputes.”

Following are photographs of the Chinese navy’s warships and submarines that appeared at the parade: 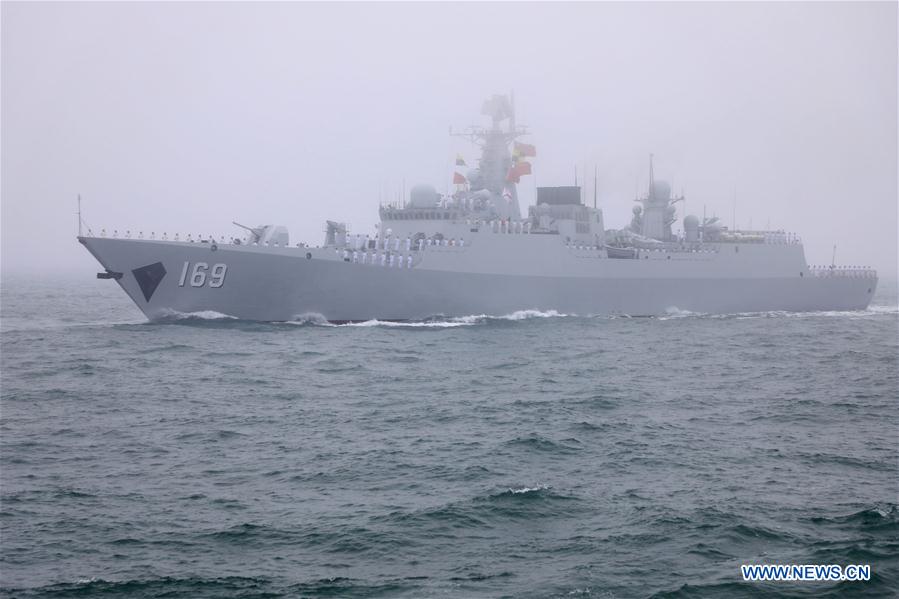 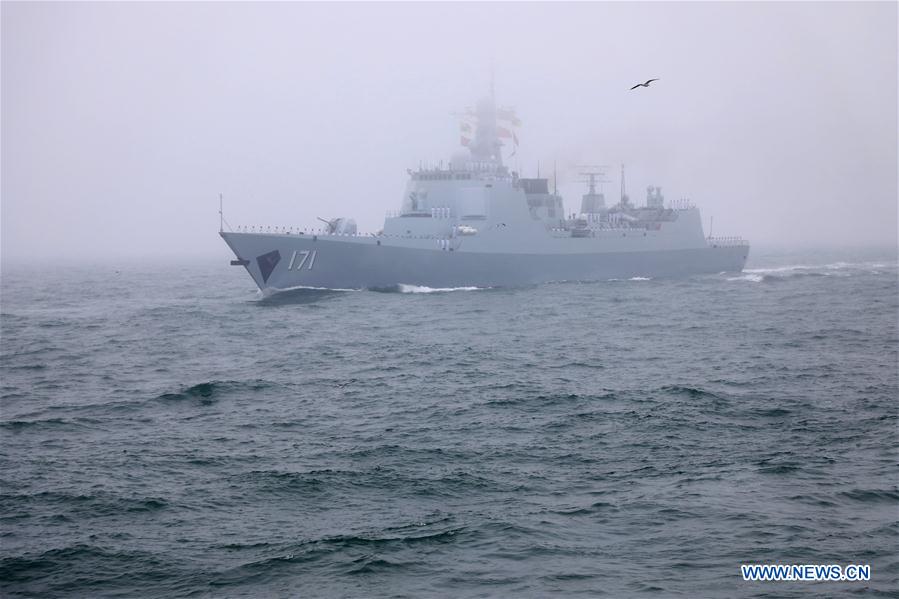 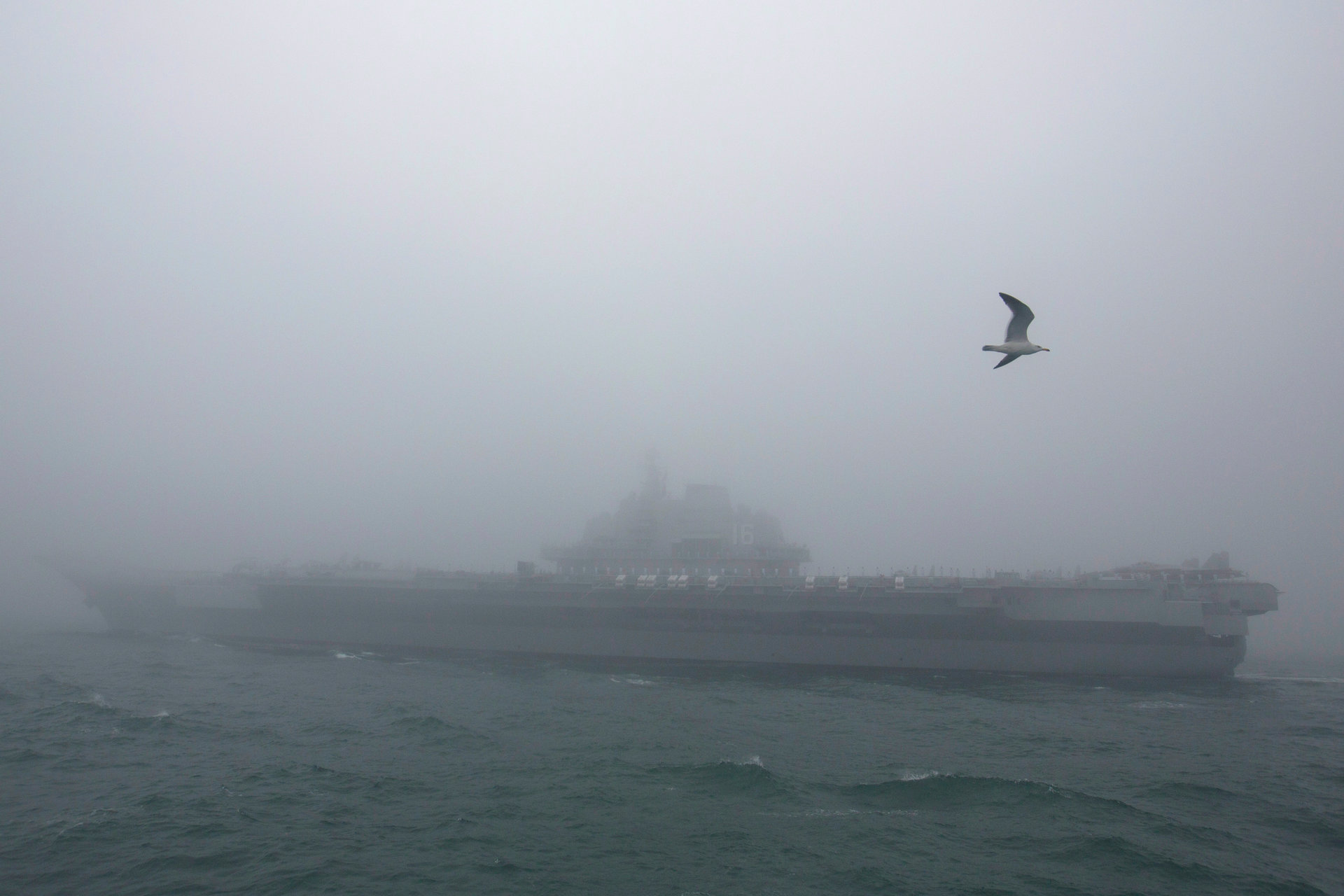 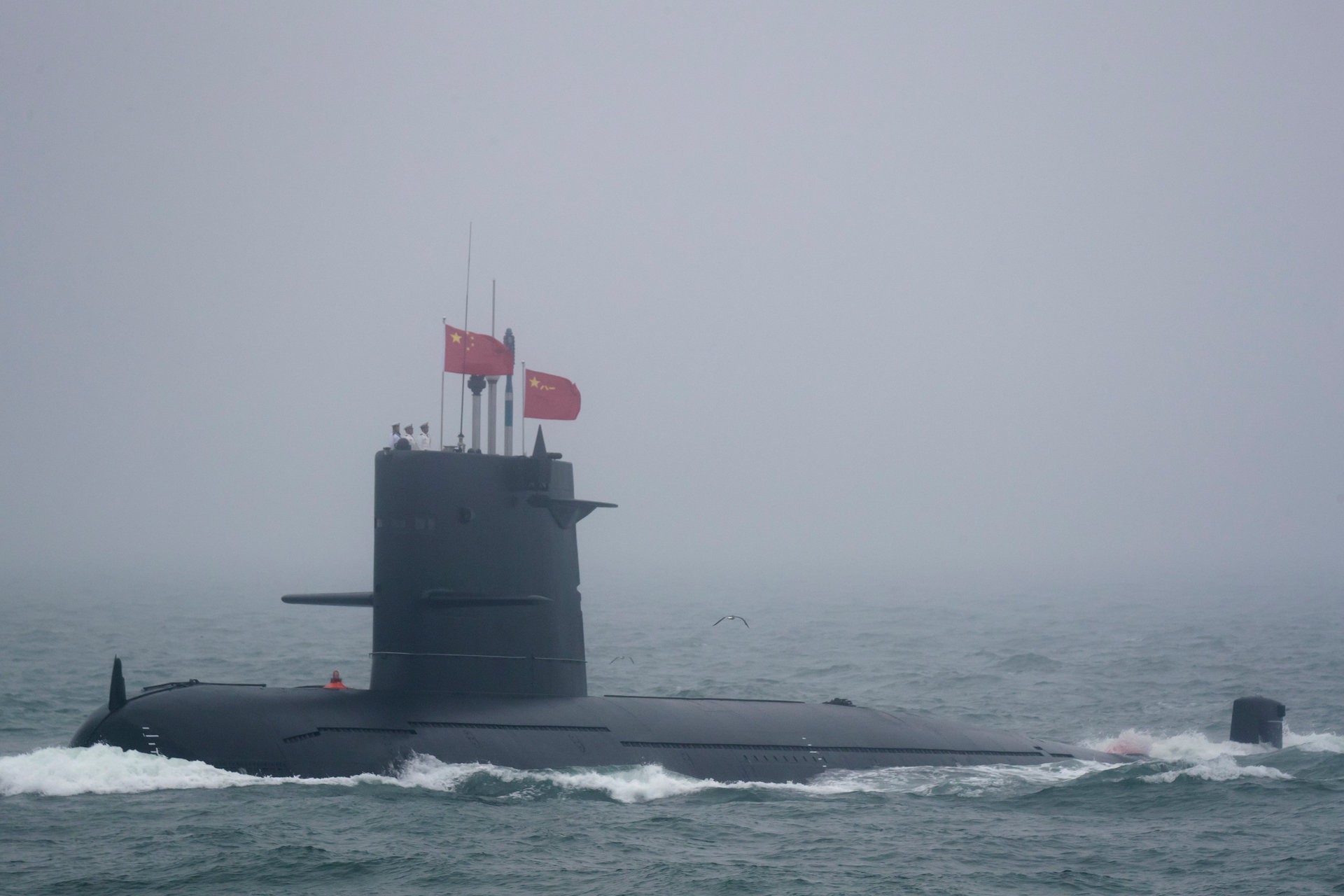 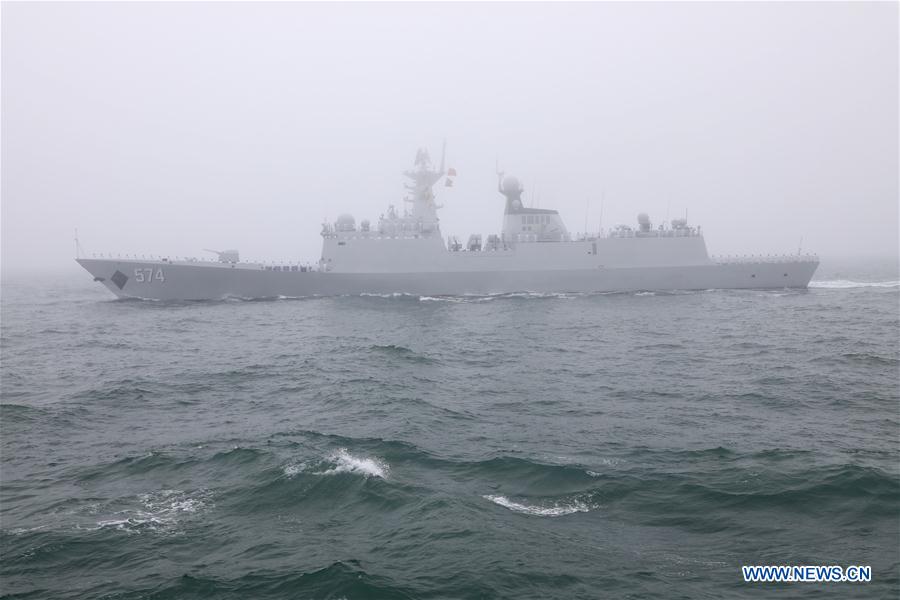 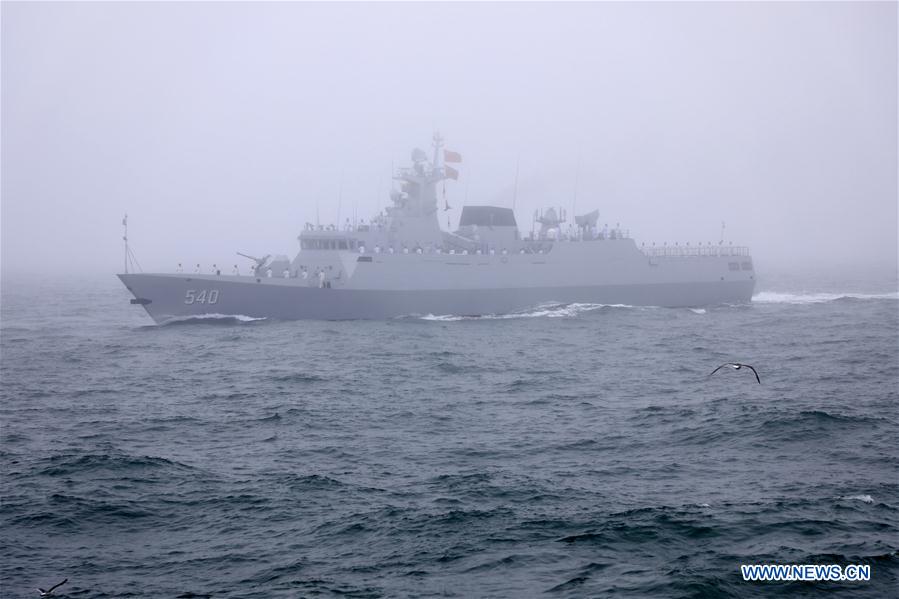 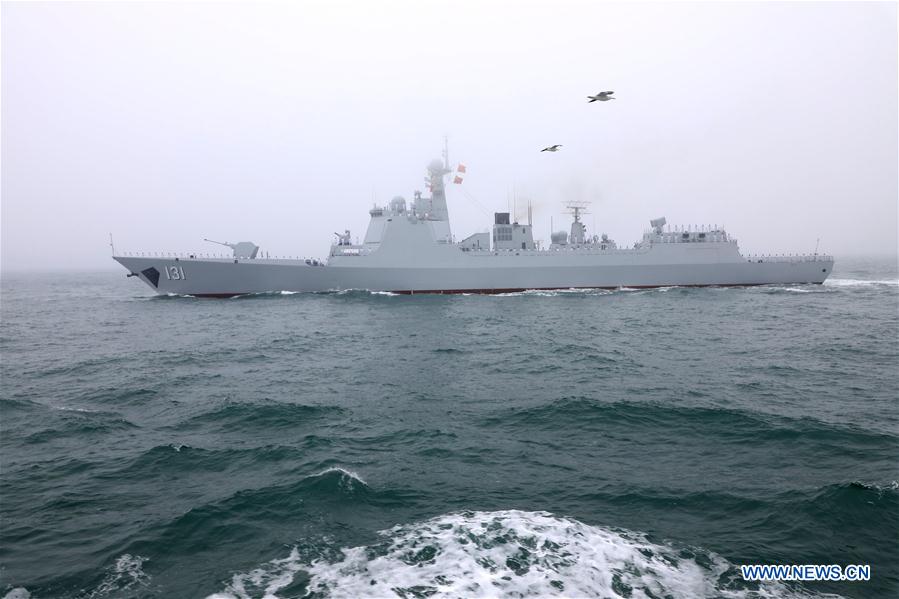 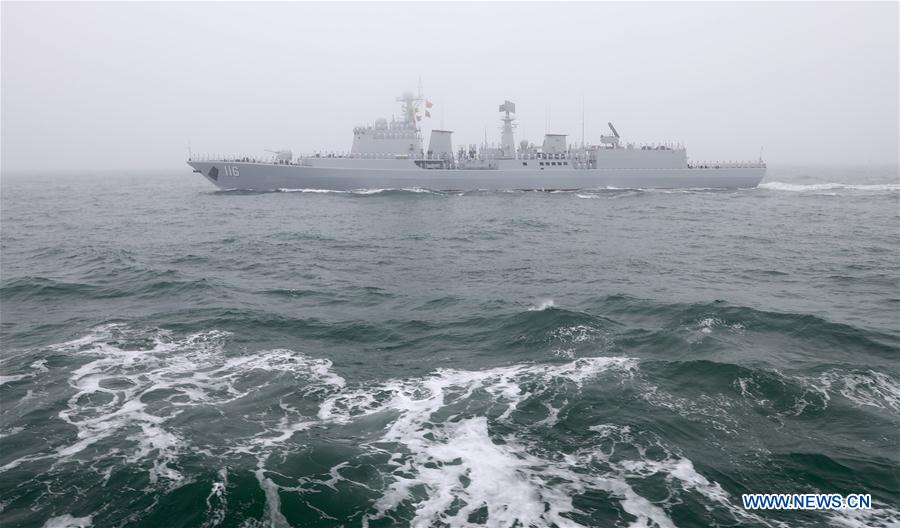 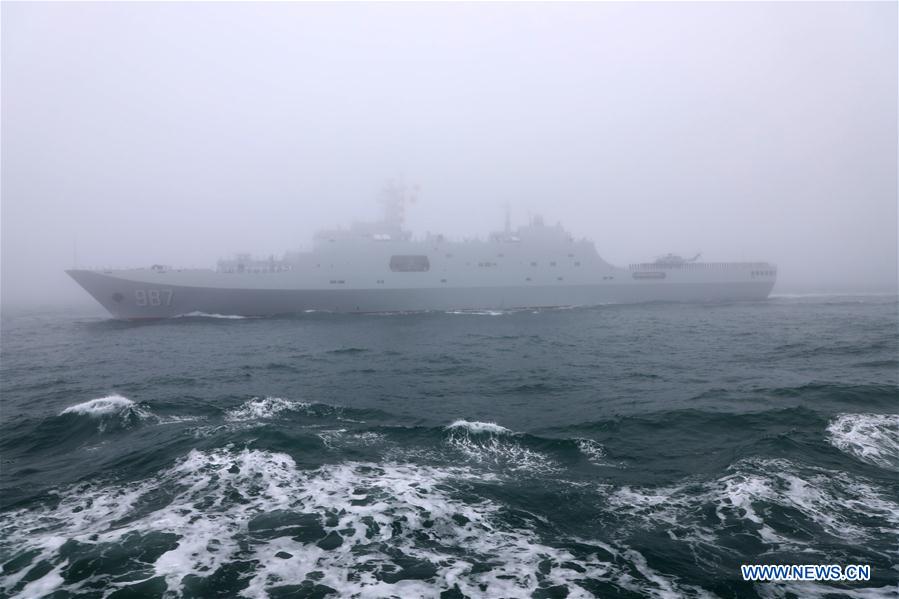 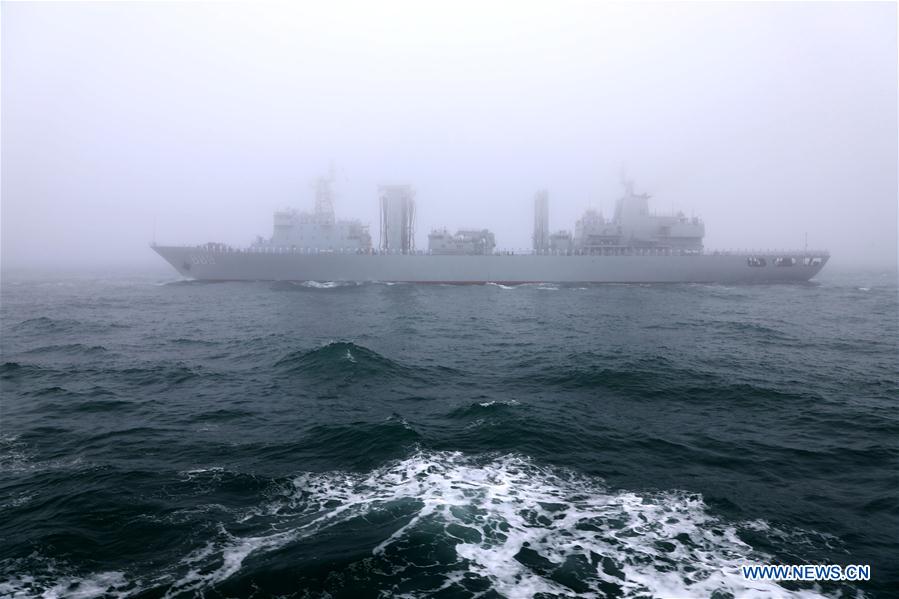 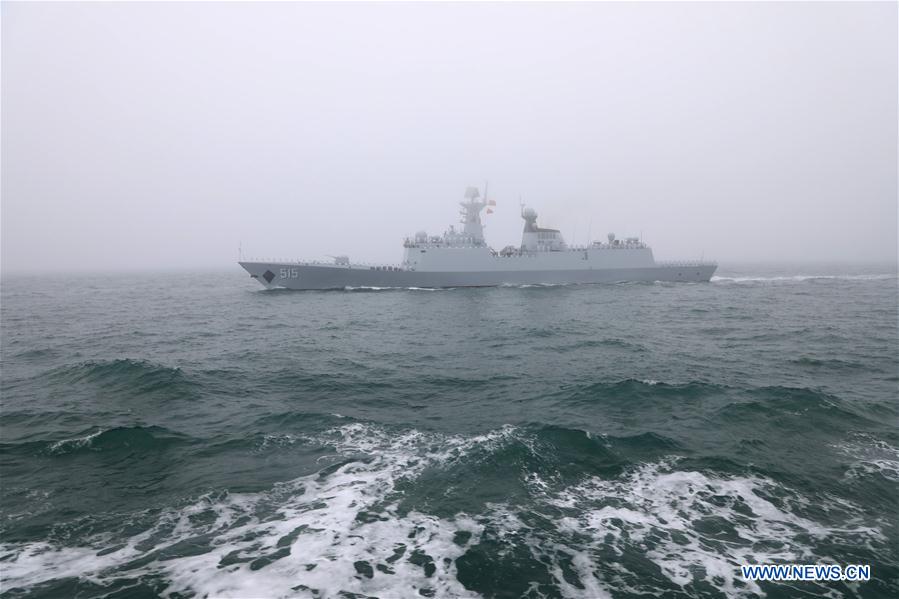 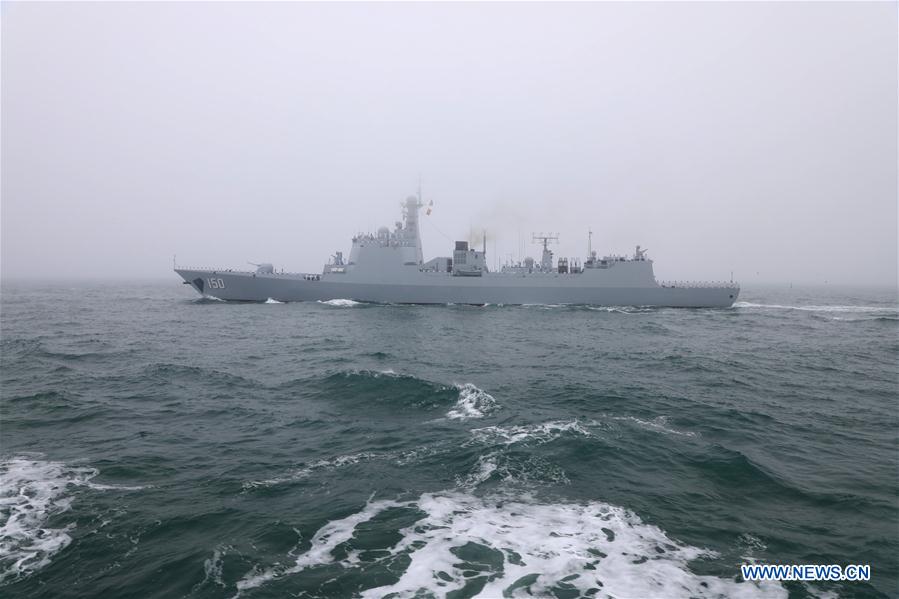 As well, here’s the Haiyangshan landing ship with its railgun, which finished sea trials 3 weeks ago…

Here is an interesting video showing how China is preparing its population for war:

The Chinese government is preparing its people for the inevitable conflict with the United States.

China’s been preparing for war with the U.S. since the bombing of its embassy in Belgrade 20 years ago. If/when it happens, China will be ready.

Naval strategy is build strategy. One of the biggest reasons why the US wonAt the start of december 1942 it had one operational aircraft carrier left, out of the 7 that it started with. By the end of the month the first of the new Essex class carriers had joined the fleet and by the end of 1943 it already had a carrier fleet twice as big as the one that it had started with. All ships whose construction had started before Pearl Harbour. By the end of the war it had dozens of aircraft carriers. So many it didn’t know what to do with them after the war.

At the moment the Chinese have used their massive shipyards to fuel a massive fleet buildup program. So if the US and Chine were to engage in a naval war and both sides were to lose heavily the Chinese would be in a better position to replace their losses. The Americans have more then enough ship building capability, but they have less ships under construction, so for a long period of time, like the Japanese in WW2, the USN will have to fight a naval war with China with what it has.