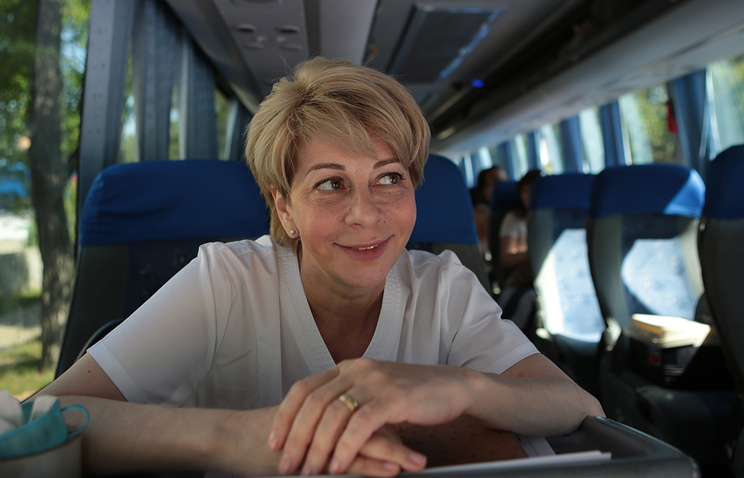 Dr. Liza, who is Executive Director of the Fair Aid charity fund, was on the list of passengers of the Tu-154 that crashed in the Black Sea on Sunday

Doctors of the Moscow Institute of Emergency Children’s Surgery & Traumatology led by famous children’s doctor Leonid Roshal have expressed condolences to the relatives and friends of Elizaveta Glinka, known as Dr. Liza, who saved many lives of children during the armed conflicts.

“Dr. Liza cooperated with us very closely. She brought to us the children from Donbass. We cannot believe this has happened. Elizaveta Glinka was a kind and responsive person and was slight of figure. Her life is an exploit. A dignified person, and a person who saved children has died. All children really loved her,” the institute’s press service said.

Dr. Liza, who is Executive Director of the Fair Aid charity fund, was on the list of passengers of the Tu-154 that crashed in the Black Sea near Sochi on Sunday. The charity fund later confirmed that Glinka flew to Syria onboard the Defense Ministry’s plane.

“She accompanied a humanitarian cargo for the university hospital Tishrin in Latakia,” the fund’s re[resentative said.

A Tu-154 plane from Russia’s Ministry of Defense vanished from radar screens at 05.40 a.m. Moscow time (02.40 a.m. GMT) shortly after taking off from the Black Sea resort of Sochi.

According to the latest information from Russia’s Defense Ministry, there were 92 people on board the aircraft, consisting of 8 crew members and 84 passengers. The Defense Ministry said that debris from the Tu-154 had been found 1.5 km off the coast of Sochi at the depth of 50-70 meters.

The Tu-154 operated by the Russian Defense Ministry en route to Syria must be attempting to take off without its flaps and slats extended to proper take-off configuration. The Tu-154’s instability and sudden roll was consistent with known performance of the Tu-154 with the flaps and slats retracted.

The captain may be continued to pull back on the control column in an attempt to keep the Tu-154’s nose raised, which might have created turbulence over the rear-mounted engines and caused the compressor surges. However, the compressor surges would not have significantly reduced the engines’ thrust, and that the Tu-154’s failure to gain speed was due to aerodynamic drag on the aircraft due to the high angle of attack, rather than a loss of engine thrust. – Nalliah Thayabharan