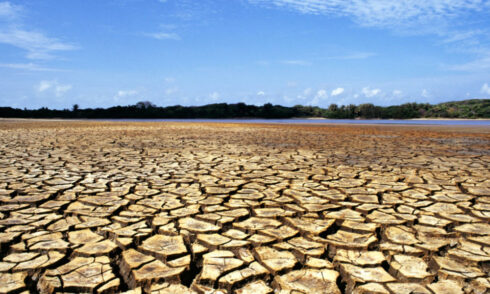 It was not for everybody, but the shock advertising tactics of the Australian comedian Dan Ilic made an appropriate point.  Australia’s Prime Minister Scott Morrison, a famed coal hugger, has vacillated about whether to even go to the climate conference in Glasgow.  Having himself turned the country’s prime ministerial office into an extended advertising agency, Ilic was speaking his language.

The language was promoted through sponsored imagery in Times Square, New York, with advertising space purchased by a crowdfunding campaign of considerable success.  Billboards featured the prime minister as a “Coal-o-phile Dundee”, mercilessly mocked Australia’s climate policies and responses to the murderously scorching bushfires of 2020.

It had begun modestly: a target of $12,500 to fund a few billboards in Glasgow during COP26 as part of the project JokeKeeper: Shaming Australia’s climate inaction, described as, “Subversive comedy to ridicule fossil fuel supporting parties in the upcoming federal election.”

But the contributions gushed in, passing $160,000.  It was then that Ilic began to think even more boldly. On October 14, he announced that JokeKeeper was rolling “into New York City on the way to COP26 in Glasgow”.  New Yorkers were advised to head down to Times Square “to see our billboard wrapping the Marriot Marquis for a full 10 minutes.”  It also included a 3min20s loop viewable 3 times. “So you can keep track of it all we’ve made you a handy Bingo Card.” In simple terms, Ilic had secured a 10-minute slot on the 77-foot “Godzilla” billboard.  The headline parody: “Visit Australia, we’re rich in wind, sunshine and climate denial”.  For good measure, it features a kangaroo ablaze and koalas perched in a tree. Hug them before they vanish.

On CNN, Ilic was also ablaze.  “We have a PM who at the height of the bushfires took a holiday in Hawaii.”  Morrison was the sort of fellow who “always runs away from a national crisis.  We have to lead our leaders.”

Morrison is certainly one to run away from a certain target towards the sunset of vague aspiration.  His mantra of “technology not taxes” is one such example.  While few would disagree that technology will play a vital role in reducing carbon emissions, stimulating its development can come from, as Michael Keating puts it, implementing “policies to first encourage this innovation and then the take-up of the resulting new technologies.”

To aid what is essentially a non-policy, Morrison has his truculent junior Coalition partners.  The Nationals portray themselves as the party of opposition, despite being part of the government.  Former political advisor John Menadue sums up the somewhat perverse situation by remarking that a party which draws in only 5 percent of the national vote “is holding Australia to ransom on climate change.”

In a truly absurd spectacle, National Party politicians pontificate in favour of the fossil fuel industry, seeking a socialist-styled underwriting of its workings and policies that would chastise banks for not funding policies that rent the earth.  Their traditional base – the farming constituency – risks suffering the most from this suicidal adventurism.

As owner of Hancock Prospecting, her interests in coal are global and unsparing, featuring such projects as an expansion into North America.  Her ventures into Canada’s Rocky Mountains have so far been frustrated by the governments of Alberta and the federal government but that has not stopped her from taking them to court.  She was undeterred by the 679-page report by the Joint Review Panel led by the Alberta Energy Regulator and the federal Impact Assessment Agency on her proposed Grassy Mountain project.  The authors had taken a dim view of potential effects of selenium pollution, threats to water quality in the Oldman River basin and dangers posed to the cutthroat trout.  The Australian, however, remains a devotee of both fossil fuel exploitation and litigation.

Earlier this month, Rinehart revealed to students attending her old Perth school St. Hilda’s Anglican School for Girls, how the recipient of a wealthy mining fortune can diminish science and embrace a stubborn parallel reality.  In her 16-minute long video showing a modest command of language and much footage of herself at school, she wishes to set the record straight on the lunacy of climate change, though the ABC tells us that only portions of the production were shown to those tender school minds.  “Rationale should ask, why does the media in general and those they influence now call for reducing carbon?   More questions spring to mind.  Please be very careful about information spread on an emotional basis, or tied to money, or egos or power seekers.”  A marked, if unintendedly accurate self-portrait, a warning for all those around her, if ever there was one.

Rinehart continues her lesson, reflecting on an education free of propaganda (because Australian school curricula were obviously free of that) and full of analytical thrust. “It concerns me greatly, that the current generation of school leavers and attendees, too often miss such important basics.  As too often propaganda erodes these critical foundations.”  Rinehart, it should be remembered, has a psychological profile befitting many a dysfunctional Roman emperor, with demanding and suspicious children to boot.

With such characters in the fossil fuel consortium, Ilic has his dark comedic scripts written for him.  The billboard effort in Times Square has as its target something the German Lutheran Pastor Dietrich Bonhoeffer called cheap grace: the preaching of forgiveness without requiring repentance.  And cheap grace is precisely the sort of thing the Australian delegation at Glasgow will be offering in spades and tailings.

“Climate change” is promoted by the same antiChrist group who promotes the “ HolloHoax “ Unfortunately the Uni “ educated “ idiots are programmed with their lies.

Another DrBK globalist jewish mafia hit piece. When it’s not about the jab for the “virus which destroys the world”, it’s the other “world destroyer”: man-made global warming, sorry, climate change (as the temperatures failed to rise any longer, as per hockey-stick propaganda). Somehow the sheeple must be coerced to give away their livelihood so that the “chosen ones” get more obscenely richer…