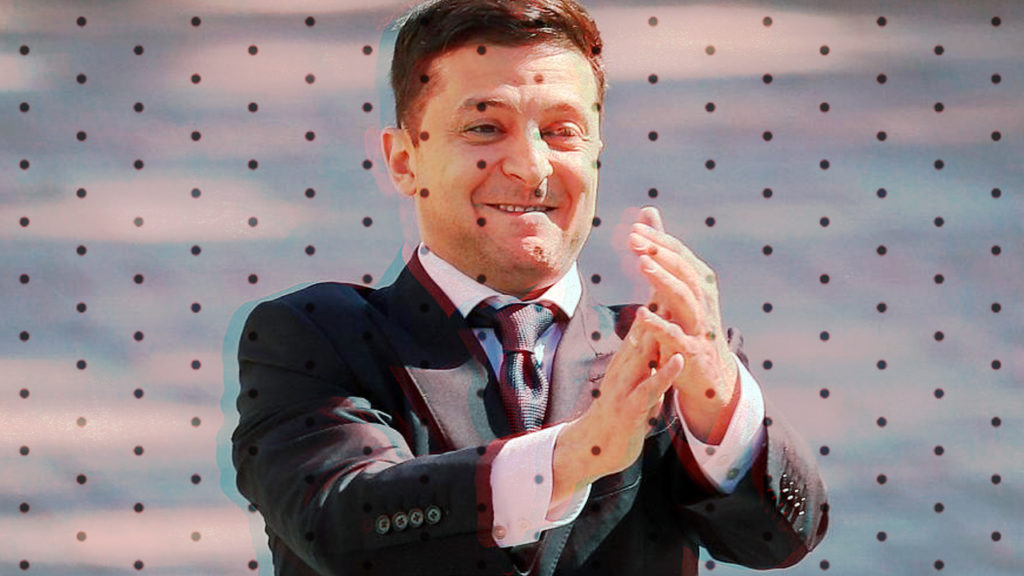 Ukraine appears to be in disarray, as Foreign Minister Pavel Klimkin undertakes actions that are completely uncoordinated with President Volodymyr Zelensky.

“I learn information about our international moves from the Internet,” Zelensky said at a urgent briefing in Kiev.

According to the president, he did not see the Ukrainian response to the statement by Russia, because Foreign Minister Pavel Klimkin “does not consider it necessary to discuss such issues with the President of Ukraine.”

“I, the President of Ukraine, remind everyone, especially Mr. [Foreign Minister] Klimkin. I never saw our answer to the note of the Russian Federation. Mr. Klimkin does not consider it necessary to discuss such issues with the President of Ukraine. This is a question of the security of the country, the life of our citizens. Something that is the priority of any president, whether someone likes him or not. As my assistants, diplomats, explained to me, such actions could jeopardize the return of our sailors,” the head of state said.

He added that the statements on behalf of the state on this topic are the competence of the president, and Klimkin should have consulted first.

“Yesterday was the last day when our sailors should have been returned to us. We have everything – the right is there, the sentence is there, but there are no sailors. I am ready and will cling to anything to bring the guys home. I propose that the Foreign Ministry send a note to the parents of sailors. I think it will be very interesting for them to read in terms of law, all laws and virtuoso diplomacy,” the Ukrainian president said.

Zelensky demanded that the Foreign Ministry publicly explain its actions, as they could jeopardize the release of the sailors.

Klimkin responded by saying that his department had the authority to send a response to a Russian statement without agreement with the president.

“We had all the powers to formulate such a note as the Ministry of Foreign Affairs of Ukraine. This note was within the framework of our communication and our court case on an international tribunal,” the minister explained.

The Russian statement in question is by the Russian Foreign Ministry and said that the fate of the detained Ukrainian sailors depended on a court decision.

On June 28th, the spokesperson of the Russian Foreign Ministry, Maria Zakharova, said that Ukraine had refused, in principle, to discuss with Russia the issue of the release of Ukrainian sailors and the transfer of Ukrainian ships to Kiev.

“Kiev doesn’t need sailors, Kiev needs noise around sailors. It’s for this that they were sent to the Kerch Strait in November 2018,” Zakharova said.

It should be noted that Zelensky offered Pavel Klimkin to remain as the Foreign Minister, because the situation was very difficult internationally, but he refused.

The decision of the Lugansk and Donetsk People’s Republics (DPR and LPR) to convey, through the mediation of Viktor Medvedchuk, four detained Ukrainians to Kiev is a gesture of goodwill, but the Ukrainian authorities can ignore it.

The head of the political council of the Ukrainian party, The Opposition Platform – For Life, Viktor Medvedchuk independently held talks in Minsk with the head of the DPR, Denis Pushilin, and the head of the LPR, Leonid Pasechnik, which resulted in Donetsk and Lugansk agreeing to release four Ukrainian prisoners.

Zelensky, in turn said that he hasn’t spoken to Medvedchuk and that the issue is being politicized, as part of an election campaign.

Pushilin and Pasechnik added that it is a goodwill gesture, and they also hope that Kiev will agree to the exchange of prisoners “for everybody”.

“We considered it appropriate in the current situation, when the exchange process has been frozen for almost a year and a half, to release a number of individuals … We hope that in this case we will eventually come to some concrete result,” the leader of the DPR said.

Separately, Medvedchuk said that he simply wanted to do what’s right, since neither the current president or the former president showed any signs of undertaking any actions.

“Neither Zelensky, nor Poroshenko were interested in stopping hostilities and returning Donbass to Ukraine, most Ukrainians however, are interested. In the pre-election rush, the presidential candidates of Ukraine staged a contest who is more Russophobic,” Medvedchuk said.

At the same time, the sitaution at the contact line in eastern Ukraine remains tense. Troops of the Ukrainian Armed Forces deployed in the area continue to shell positions of DPR and LPR forces as well as civilian targets in the DPR-LPR-controlled area. The video below was recently filmed in the DPR capital of Donetsk.

“Troops of the Ukrainian Armed Forces deployed in the area continue to shell positions of DPR and LPR forces as well as civilian targets in the DPR-LPR-controlled area.”

That’s because DPR-LPR terrorists use the civilians as shields

no, it is because ukros cannot advance an inch and punish the civilian population….nothing new from people with fascist mentality…

They could bomb to ruin Luhansk and Donetsk in 5 years if they wanted. Coward Russian terrorists hiding in big cities are as bad as ISIS.

well said, the UkraNazis at it again.