On September 1, a commander of the Hay’at Tahrir al-Sham (HTS) al-Badiya sector, “Ahmed Fouad Sheikh Dib,” was killed when an IED stuck his vehicle in the town of Saraqib in the southeastern Idlib countryside, according to Syrian opposition sources.

The Syrian news outlet Enab Baladi reported that a second IED exploded near a carpet factory in the town of Dana in the northern Idlib countryside. The explosion injured four civilians and caused significant material damage, according to the pro-opposition outlet. No group has claimed responsibility for these attacks so far. However, Syrian opposition activists believe that ISIS or the Syrian intelligence are behind these incidents.

According to the Syrian observatory for Human Rights (SOHR), more than 290 civilians and militants have been assassinated in the opposition-held areas of northern Syria since April. HTS and other armed groups have stepped up their security measures to reduce the threat of assassinations. However, all of their measures has failed so far.

What a shame.
It seems HTS is not well liked in this part of the country. :D

Turkish military intelligence getting rid of loose ends aka witnesses who know too much.

on LSD dude??? turkey is their brothers in arms……that was syrian intelligence all the waay

I know they WERE friends but Turkey put them on terrorist list yesterday. So,in case Turkey has to pull out because of Russia telling her to,then Turkey has to kill off its witnesses. Gobblegobbleland will not want to have its henchmen alive to tell stories ,will it??

…the bear becomes irritated and rips your face off for dinner. Then it takes a short, but refreshing nap. 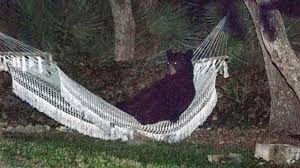 Syrian Intelligence doing a good job – keep on going guys, get those British chemical weapons specialists as well and secure the canisters of chlorine & video material and free those 14 + kids they were going to kill for their dirty game. Then let the party begin!

I’ve always suspected Russian and/or Syrian agents have long been behind these assassinations in Idlib (not that I’m complaining). It’s a good way to keep all these terrorist/criminal groups fighting each other.

I hope he had time to scream like a little be@tch before Shaitan grabbed his throat and pulled him into a warm embrace! :D