Internal tenions have escalated between various groups of the Free Syrian Army (FSA), which operate within the forces of the Turkish Operation Euphrates Shield (formally ended) in northern Syria.

Ahrar al-Sham issued an official statement announcing that some FSA groups intends to attack its fighters in the Euphrates Shield-held areas in the northern Aleppo countryside.

Ahrar al-Sham argued that it would respond with force to any attack on its fighters or its headquarters and called on any group intends to attack them to a “Sharia Court” to resolve the disagreement. However, the Northern Regiment rejected the decision of Al-Sham Corps, and called for the formation of a commission of inquiry to investigate the charges against it.

Despite the increase of Turkey’s military presence in the northern Aleppo countryside, and the deployment of several checkpoints in Al-Bab city and on the nearby roads, the situation remains very tense.

Ankara has failed so far to stop infighting among militant groups operating in the area, which apparently don’t listen to their backers.

What more can be expected of rival criminal terrorist gangs in Idlib ? Criminals do what criminals do and theft and extortion are the basis of their being.

This is what the US/EU/Israel/Gulf States want for all of Syria, as it’s the only possible outcome of giving these Jihadist thugs power. The Syrian government, and to a lesser extent the Kurdish authorities, are the only factions capable of actually governing their territories.

Buy a mirror. If You have that attitude, You should be a colony again or be a part of Ottomans Turks.

What a nitwit…minus the wit.

If most things were fine, I wouldnt write like that at all. You insisted hard in getting free countries, and what did You do – Right away installed a lot of small one in stead of one big.

Ahh, you see this is what happens when you breed an angry , vicious, cannibalistic, aggressive group of animals with a particularly foul temperament by nature and then try to keep them under control. they breed and grow and start rubbing eachother wrong, and before you know it, theyre killing and eating eachother. Next will be you, Erdogan. And you as well Merkel, macron, etc.

When they realize you wont be giving them any ‘candy’ anymore, theyre gonna come for you.

The west should be wary.

As those kind of people see their world collapsing or becoming unrealisable, as it has, their desperation breeds chaos, anarchy and they will turn on eachother.

Now is the time for SDF and or Assad to make an offer to those who are redeemable, either as a group or on an individual basis. The leaders of extremists group deserve extra attention in this to see whether they can stay within Syria at all or have to accept the hospitality of KSA, Turkey or whomever.

Very optimitic. I think all prefare that they will send letters like that at 500.000 dead and 12 mio refugees. Allowed to hope. Hope certainly is needed.

I could help, if their TV`s only had football matches with men and women having only one leg.

That is why Soros is shipping them into Europe. Not for love and peace.

Seems all there has in their faith, that all in M.E. are made by others. If You should need oné flag for all instead of the 57 silly ones it could be – Its not our fault as motto on it.

They high-jack religion, for their Sor@ss shillings. However, the mantra is so ‘It’s not our fault’ when the chickens come home to roost.

Kind of flee and worm market, where they eat each other and each others dirt too.

Better they are killing each other than SAA or civilians

Why not. Some might say, we should arm them better.

Sit back and watch as they take each other out. Lack of money, lack of black market goods and being on the losing side, does not make happy bunnies haha.

People quote Sun Tzu a lot. But arguably Machiavelli had much more to offer the strategist.
Machiavelli stated, if you follow guided principle, when an opponent or associate follows covert aggression and hidden manipulation, you are always in a perilous position. He suggested that the only course of action, when real power is at stake, is to observe and learn the behaviors of those you revile the most and likewise most threaten you. Now, he doesn’t state become like them – he merely argues that you have to grasp – and when absolutely necessary redeploy their strategies back at them.
The US and its Neo-Con foreign policy drivers, are fixated on exploiting ethnic and sectarian tensions as their primary means to disrupt and fracture existing nation states they wish to exercise control over. From the proxy war in Syria, to the constitutional assault in Macedonia, using respectively Sunni sectarianism and Albanian ethnicity, this is the stated US public policy and it’s fully apparent in the news cycle.
The point of all this – the Syrian’s and Russian’s are, and need to continue, employing direct and indirect means to attempt to fracture the internal cohesion lines of the FSA factions. By differing means – the stick and the carrot, and the unacknowelgded covert hand. 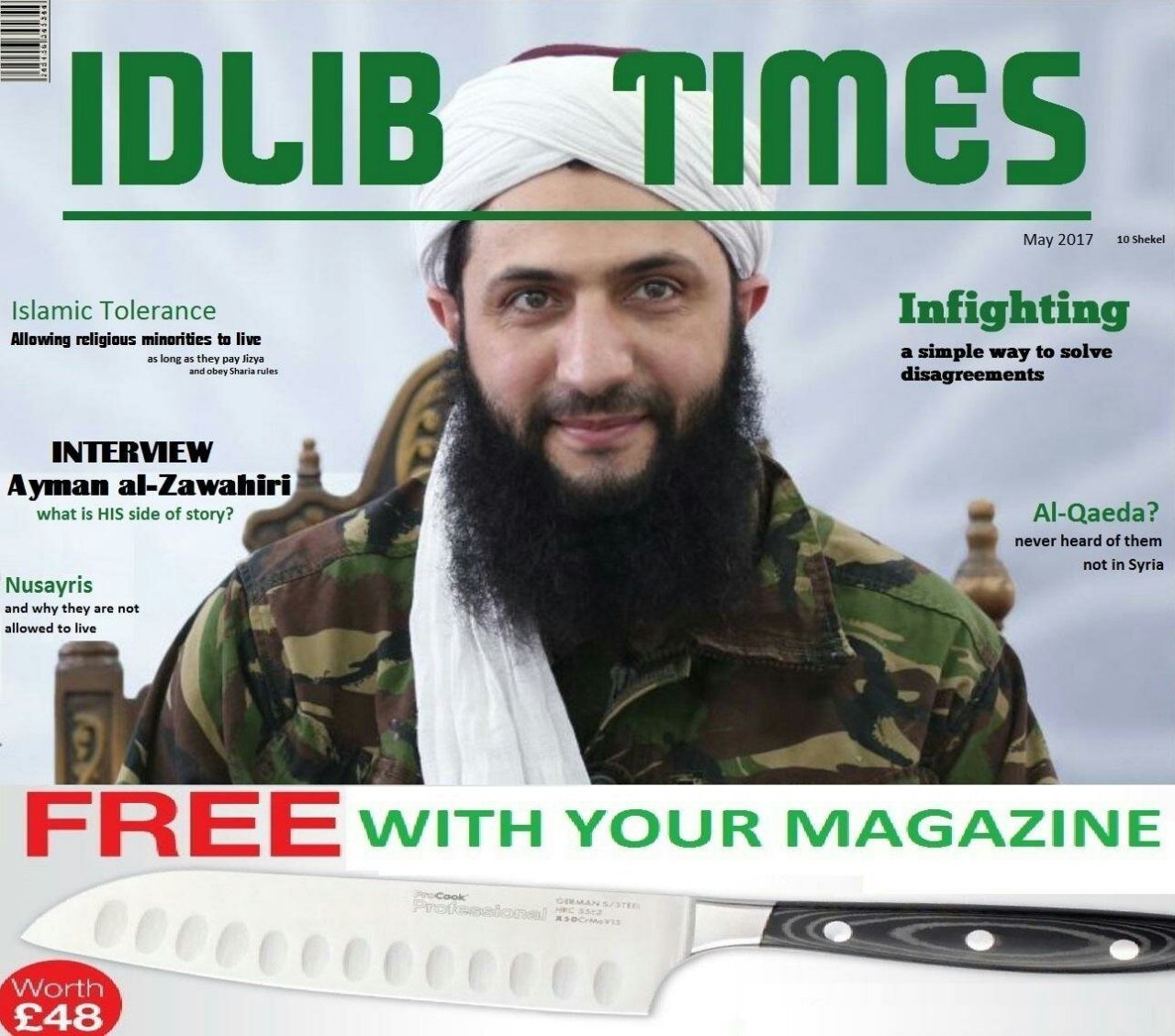 I bet the Iranians will do a much better job in the areas they police.

Gen. Keane and the FOX crowd will go ballistic but they are a contra-indicator and will lie about it anyway. The Iranians want to build up their image and this will give them a great opportunity to contrast themselves with the chaos makers.

Shunni terrorist against shunni terrorist good news.USA please give the muslims lot of weapons to kill each other.Let them kill that bloody stupid allah also he is just greedy like shunnis.Jesus is God hallelujah.Jesus the only door to the Kingdom of God.