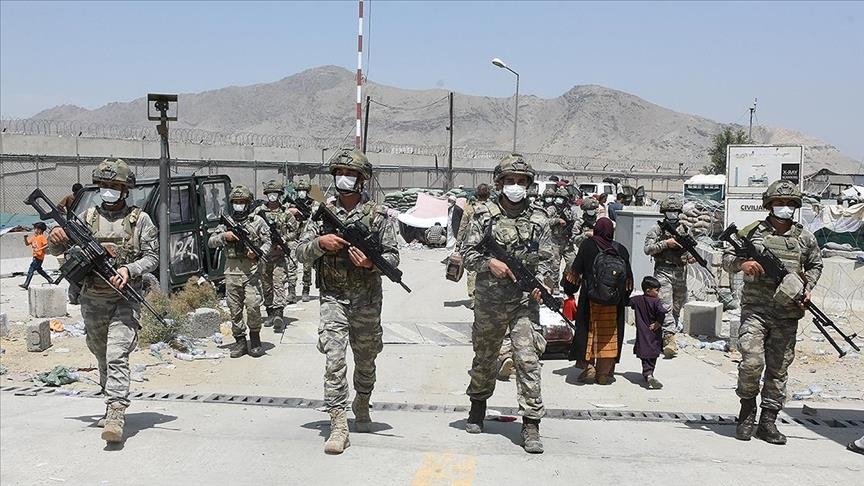 The German Bundeswehr claimed that one Afghan security official was killed, and three others were injured in firefight at the Kabul International Airport on 23 August.

The shooting took place near the northern gate of Kabul’s Hamid Karzai International Airport. According to German officials, U.S. and German forces were also involved in the battle.

No footage showing the firefight have been released to confirm the claims.

On August 21, the British Ministry of Defense confirmed the deaths of seven Afghans near the airport. They were allegedly killed in crowd, trying to break into the territory of the airport.

Military forces were ordered to only let US and NATO citizens into the airport. Afghans who have applied for special immigrant visas to the US were told to stay away and wait for new reports.

“We are currently prioritizing American citizens and legal permanent residents for entry,” John Johnson, Public Affairs Officer for the US Embassy in Kabul, told CNN Monday. “Due to a deteriorating security environment we are asking all others not to come to the airport at this time — the gates remain closed.”

The U.S. forces have to hurry up as the Taliban confirmed that they would not agree to an extension of the evacuation mission from Afghanistan.

The move would mean “extending occupation” and that is “a red line”, Suhail Shaheen, a member of the Taliban delegation in Doha, said.

However, fleeing forces hope for the extension of the deadline. According to the CNN report, leaders from the top foreign allies of the United States are going to ask Joe Biden to extend the deadline for US troops to withdraw from Afghanistan during a morning meeting on August 24.

According to Pentagon, 16,000 people evacuated from Afghanistan in last 24 hours.

Meanwhile, on August 23, all flights to and from Kabul Airport have been suspended again until further notice due to a large crowd of people, wishing to leave the country, according to the resolution of the Civil Aviation Administration of Afghanistan.

“Passengers wishing to fly to various regions of the country, as well as abroad, will be notified in advance of the resumption of flights. Such measures are being taken to prevent congestion and disorder in the air harbor, ” the statement says.

Soon after the announcement of the flights suspension, a fire reportedly broke out on the territory of the airport.

Breaking – A fire has broken out at Kabul airport in Afghanistan amid evacuations. pic.twitter.com/h8BBSVJCmV #Afganisthan #KabulAiport #Afghanistan

“Biden mulling Afghanistan AIRSTRIKES to destroy US military equipment abandoned to Taliban, but only after evacuations – reports” – The Biden administration is reportedly considering airstrikes in Afghanistan in hopes of vaporizing large amounts of US military hardware captured by the Taliban after the militant group took control of the country. US officials told Reuters there is concern that military aircraft, vehicles and weapon stockpiles seized by the Taliban during the group’s offensive could be used against Afghan civilians, or find their way to terrorist organizations such as Islamic State or Al-Qaeda. “Everything that hasn’t been destroyed is the Taliban’s now,” one source told the news agency on Thursday. The US government is now reviewing its options, including the possibility of launching airstrikes to take out large hardware such as helicopters – although policymakers are reportedly concerned that the move would antagonize the Taliban at a time when the United States is rushing to evacuate personnel and citizens from the country.

“Britain to push for sanctions on Taliban at G7 meeting -sources” The UN and US ofc will sanction the Taliban. Like in Syria the US will continue bombing the Taliban and call them Al-Qaeda or ISIS, just like in Iraq and Syria. Also, Iraq and Syria are far more advanced than the Taliban, and guess what the US still undermines the Syrian and Iraqi governments and forces. Once they are out, they bomb Afghanistan again.

“and the industrial war machine mongers are saying” “what… me worry??”…..

“Canada will support G7 sanctions against the Taliban, Trudeau says”

Sanctions are good, they will make the Taliban even stronger, just like Iran.

Abraham Lincoln
Reply to  US & EU are Zion slaves

If the Zio USSA strikes the Taliban now, all USA soldiers civilians and NATO allies in Kabul will be wiped out, a total and complete PR disaster for the Zio empire, showing how weak the Zio empire really is now.

If they wait all the USSA equipment will be dispersed throughout Afghanistan’s cities and rural areas making it pretty much bomb proof. What did they say 90 billion in USSA weapons left to the Taliban, will make it that much harder for the Zio empire to ever come back to Afghanistan

bazzolo
Reply to  US & EU are Zion slaves

I wonder how many of those shiny bombers will get shot down by the Taliban. More american pigs in coffins. Very good for the PR right!?!

Fog of War
Reply to  bazzolo

Not a single one because China, Iran, and Russia wont supply them with AA.

The US will not use aircraft that vulnerable to manpads. Weapons like the stinger are really only useful for shooting at helicopters or very low flying and slow aircraft. The The IEA does not have any air defense capabilities yet.

In very early 1990’s the CIA was given task of tracking down and buying back the Stingers they had so freely handed out to mujaheddin in mid 1980’s. US politicians in 1980’s were gleeful about Stingers in Afghanistan against Soviet Hind choppers. They thought it was their masterstroke to reduce Soviet air advantage. And it was, until it wasn’t. By early 1990’s the CIA realized these weapons were being freely traded by arms dealers, and were extremely dangerous to have floating on illicit market. Because, for example, terrorists had already used unguided RPG-7’s against commercial air traffic at Orly airport in 1970’s. So CIA field officers had to go find them and pay whatever price the dealers in Pakistan or central Asia demanded for these excess Stinger’s return. It was a disaster in private intelligence circles. And US was not keen to make this sort of mistake again, this is why they didn’t give Afghan army any seriously advanced weapons systems – just the very basics – assault rifles, artillery, wheeled vehicles and gloried crop duster turboprop aircraft. Nothing they would very seriously regret, and be publicly held responsible for letting out into the wild, if it all went south with the ANA, as it has.

north K
Reply to  US & EU are Zion slaves

how the north american planes fly over to get to afghanistan?

Darko
Reply to  US & EU are Zion slaves

As far as UN sanctions are concerned no doubt that Russia will once more be on the “right side of history” namely in the same camp with “partners” just as it was in the Balkans and elsewhere.

Mike
Reply to  US & EU are Zion slaves

Ragheadthefiendlyterrorist
Reply to  US & EU are Zion slaves

Obviously they imagine the Taliban are too stupid to disperse all the captured equipment throughout the country.

The situation in Kabul is f*cking insane. How the hell does the Taliban allow foreign troops to control the airport? The US and its numerous allied lapdogs lost and are still allowed to control the situation while Afghans are killed liked insects. The reality is that the life of an American service dog or a foreigner is worth infinitely more than the life of an Afghan. The Afghan people can thank Ashraf Ghani for these developments.

Again fuck off and kill yourself Israeli ass hole.