In the following text I discuss the changes taking place world today, with the suggestion that they are much deeper and all encompassing than the ‘mere’ establishment of a multi-polar world. 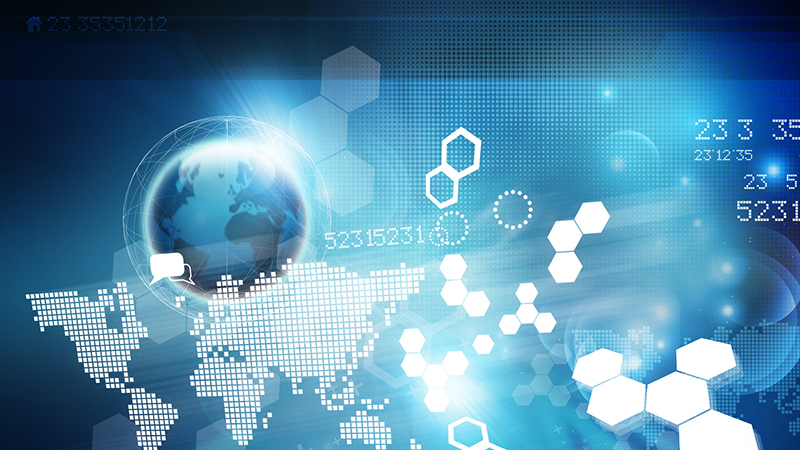 Written by Branko Pavlovic for Fsksrb, translated by Viktor Milinkovic exclusively for SouthFront

Firstly, two caveats with respect to the often cited claim that, in addition to the US, both Russia and China have also assumed superpower status. This is not a matter of affording due respect to the interests of Russia and China, whilst acknowledging the irrelevance of this fact for the remainder of the world. It is neither a matter of acknowledging the fact that there is no longer a single dominant force in the world, there are now three, and therefore salvation can be found in exploiting divisions between them (although this obviously is a factor). It is rather a fact that both China and Russia base their international position on global justice and a return to the authentic principles of the UN. So is it a matter of a division of spoils, rather it is a matter of protecting the world and within that context, protecting one’s own interests.

Furthermore, the solitary fact that the US is not all powerful, fundamentally brings the entire western system – from its philosophical to its military aspects – which is founded upon the collective supremacy of the west, into an impossible situation. It is no longer possible politically to achieve success upon these grounds, whilst at the heart of that system it is ‘success’ that constitutes the principal value.

This is adequately demonstrated by the example of Syria. The practise of the US and its allies responding to a terrorist attack in one part of the world, by destroying a country in another, is no longer operationally viable. Thus, that which can not be effectively realised, becomes inconceivable.  This is because total domination is the absolute optimum and minimum of this system.

The strengthening of Russia and China, in combination with their mutual strategic relationship (including other countries, in particular the BRICS nations) objectively confines the US to a position that it has not experienced in decades. In this position, the current expenditures of the US can not be sustained. There are also the extremely diverse processes that other western societies are experiencing which all have one point in common, and that is the conviction that the situation as it currently stands ‘can not be sustained.’

In the US, these sentiments are expressed in the persona of Bernie Sanders, the senator posing as a serious opposing candidate to Hilary Clinton for the presidential nomination within the Democratic Party. It is less important, for the purposes of this discussion, whether he is victorious or not, it is more important to consider his lead within the polls amongst the 19 to 39 age range population. His proposals include: the need for a political revolution, eradication of poverty for those who work 40 hours a week, harsh measures against the financial sector, pharmaceutical companies, and so forth.

The prospects for the US, represented by the young and middle age, that is, the most vital segment of the population, is that they have completely abandoned the dominant political narrative and are searching for authentic alternatives.

A similar process is taking place in Great Britain, only in this instance in the form of a politician called Jeremy Corbin, the leader of the Labour Party. The same story applies. Foreign wars are ruled out, as is the moral high ground – the issues being forced are the interests of common man. The process of resistance to neo-liberalism has taken pace in other EU countries, albeit from completely different perspectives, although the basic objections and initiatives regarding the neoliberal concept are the same. Alongside Greece, which is currently withstanding the onslaught of the Troika – whilst reluctantly implementing coercively enforced measures whilst awaiting an opportune moment to raise its economic grievances – is also Portugal, where a parliamentary majority has ascended with the same orientation as Siriza.  Elections in Spain scheduled for 20th December 2015, are expected to produce a defeat for the governing party and it is likely that that an administration will be formed on a similar platform.

In Finland a petition with 50,000 signatories was advanced by the population to compel the parliament to hold a discussion on an exit from the Eurozone. A small digression, imagine how democracy functions in Finland when the parliament resists a discussion on such an important issue for its citizenry, whilst the population through its own initiative mobilises to force them.

Similar demands are being made by an ascendant Right-wing in Holland. The government of Great Britain is demanding an ‘asymmetrical federation’ akin to that of Slovenia in SFRY (former Yugoslavia), announcing its exit from the EU in the event demands are not met.

The refugee crisis has sharpened the discussion on the delegation of authority from the national state to the multilateral institutional level, with a clear tendency for retrieval of important functions to the national state level. In this process, Eurospectic sentiment is strengthening across the board, from Marine Le Pen in France, Orban in Hungary, to the dramatic rise of Alternative for Germany and the new government in Poland.

Simultaneously, a diametrically opposed process of further consolidation of the EU and the Eurozone as a functional federation is imminent, in order for the existing system to viably function. It is not possible to have a quality monetary union in absence of a fiscal union, and those two segments in unison require a system of control and repression which protects it, which ultimately amounts to a federal state.

For this reason the EU is locked into a contradictory dynamic with internally opposing forces: 1) towards federalisation and continuation of the current macroeconomic concept on the one hand –  a position represented by Germany at the governmental level, 2) a rejection of further delegation of authoritative functions towards EU federalisation, alongside an insistence that the current level of integration no longer applies, whilst also demanding that the existing macroeconomic concept must be abandoned.

Thirdly, a major ally of the western world, Japan, is experiencing unprecedented economic difficulties for which there is no solution. When I say no solution, it is not obvious how Japan will manage in the next 25 years when over the past 25 years Japan has been unable to achieve growth. In fact, it is far more likely that Japan will experience further GDP decline rather than growth.

Here, I have discussed just some of the elements of the internal problems for the “golden billion,” which I believe is enough to conclude that currently we have deep and far reaching processes which all are leading to a further disintegration of the paradigm of western domination for the foreseeable future. In other words, there is no territory in which to manoeuvre politically that would at least enable a return to the former situation and how the world was governed in decades past.  That time, has forever passed.

Tags:china, russia, the us