The deal with Ankara provokes criticism left and right, but the position of Angela Merkel will be most undermined if there is no implementation of the agreed 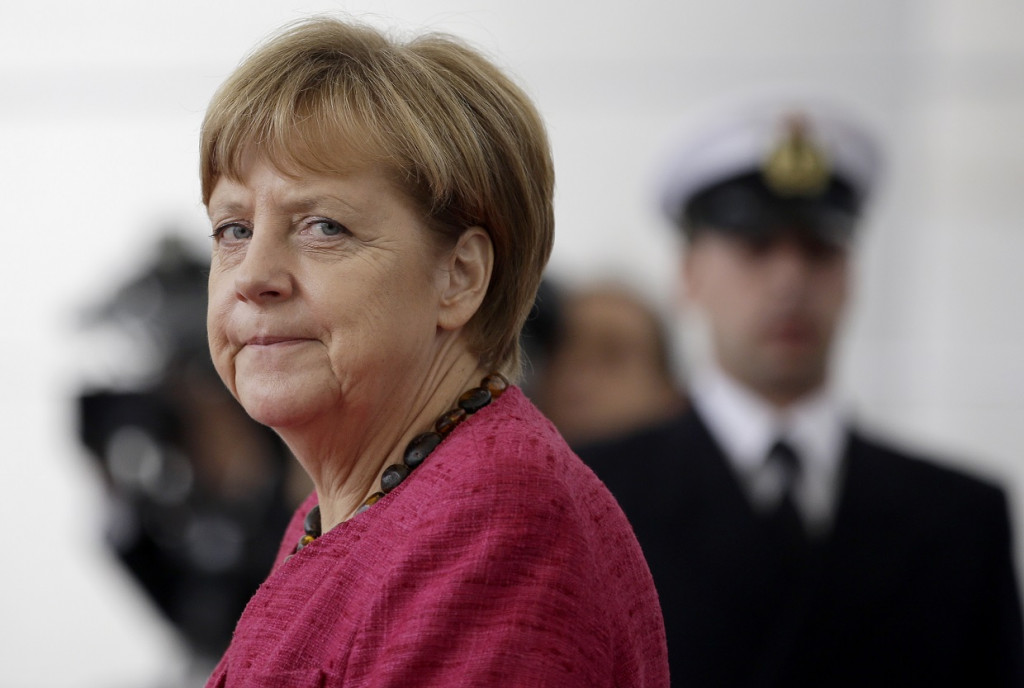 Agreement between the European Union and Turkey on joint action to stop illegal migration to Europe finally given the chance to German Chancellor Angela Merkel to present herself to the German public as someone who was able to procure the agreement for which she campaigned for months – “a common European solution” for the refugee crisis. Despite acknowledging that “she has no illusions that what is agreed will be accompanied by difficulties” in the implementation, and that it is necessary to overcome significant legal issues, Merkel has largely incorporated hers political destiny in this controversial agreement with Turkey.

If the implementation of this agreement is to significantly reduce the flow of refugees in the EU, primarily to Germany, her Christian Democratic Union (CDU) will consolidate the ranks before the federal parliamentary elections, and rating of Merkel will continue to recover too, who fell to the lowest level since she became Chancellor 10.5 years ago.

However, if the agreement is not implemented, which largely depends on Turkey and Greece, its political destiny and the CDU election chances will be significantly undermined.

However, even before the agreement was generally implemented in practice, Merkel has become the target of criticism, both those who have praised its humane attitude towards refugees, and those who have criticized her for avoiding to close down German borders.

International humanitarian organizations and human rights groups to whom Merkel has until recently been the champion of humane policies towards refugees now vehemently point out the last week’s agreement made in Brussels, viewing it as a stepping over the European values and a violation of international law.

Even the “Greens” in the opposition, who supported Merkel’s policy of “open door” for refugees, now criticized her because of an agreement with the regime of the Turkish Prime Minister Recep Tayyip Erdogan.

No less critical are those who argue quite the opposite – closing German borders. Bavarian Finance Minister and member of the ruling Christian Social Union (CSU), sister party of Merkel’s CDU, criticized the agreement because the citizens of Turkey are promised visa-free travel to the EU.

The leader of the CDU and the Bavarian Prime Minister Horst Seehofer in talks for a week tabloid “Bild”, expresses similar fears, adding that the CSU is skeptical about Ankara’s desire to become part of the EU, and that will not support the full membership of Turkey to EU or non-visa regime, as it would “exported Turkey’s domestic problems to Germany”.

Chancellor’s “right hand man” Altmaier Peter, who is the head of the chancellery and its departments responsible for resolving the refugee crisis, however, emphasized for the “Rainishe post” that the EU agreement with Turkey, “is the largest and most important step so far in solving the refugee crisis”. CDU Vice President Tomas Strobl in an interview for the daily newspaper “Die Welt” points out that the public support for chancellor’s refugee policy has re-growth.

Frankfurt, Heidelberg – In Germany last year arrived some 1.1 million refugees, which recorded the highest level of immigration of migrants since the Second World War. The German Federal Statistical Office announced that in Germany in 2015, moved nearly two million foreigners, while around 860,000 of them left the country.

„We promised noticeable and long-term reduction in the number of refugees, and now we are fulfilling that. Now the CDU’s popularity will rise again”, believes Strobl.

Chancellor suddenly gets back support of press, which normally favors its conservatives, for example the “Frankfurter Allgemeine Zeitung” in its Sunday edition notes that the implementation of the agreement for the EU “is the biggest logistical task in its history”, but concludes that “the wave of refugees to be terminated as soon as the dangerous voyage on Aegean sea turns out to be hopeless”.

However, the modest support comes from left-wing press, which rarely misses an opportunity to criticize Chancellor moves, such as the weekly “Der Spiegel” and the Munich daily newspaper “Sueddeutsche Zeitung”.

Zephaniah Ulrich in “Sueddeutsche Zeitung” believes that this is a “great plan, but unfortunately too much is put on the good will of all parties”, while his colleague from same newspaper, Stefan Cornelius, said that the partnership with Turkey has no alternative.

“From all bad options before us, the agreement with Turkey is the best, because it will hopefully limit the smuggling of refugees and provide some protection and predictability”, he said, while his colleagues from “Der Spiegel” points out that “on paper, she (Merkel) has (with some exceptions) what she wanted. But now she is accountable for the thing to work”.

However, as assess by the German experts, this agreement gives Merkel some time, and even if this agreement is not functioning, she will not give up and she will engage in it again, in an effort to save hers political career.

I dont know what german newspapers you read at southfront but there are no “left” or “right” newspapers in Germany left.Its all the same mainstream media touting the Merkel doctrince of destroying Germany by aiding an invasion of hostile muslims.The polls are usually doctered by overt biased institutions wich was proven right again at the state elections.The ultimate aim of Merkel is NOT to curb immigration but to flood Europe with hostile invaders and destroy european culture forever so her masters can rule over a brown slave population.This witch will pay with her skin for it.

So her solution is to accept those refugees into EU (share with other countries) and adopt them into one ever-growing economy which will sooth the social and security tensions in the Country? Judging by the reaction of other Countries involved, this “sharing” will not be possible nor will the economy growth be possible either. By subserviently accepting Sanctions against Rossia, Germany has shot itself in the foot. And what was its master’s reward? 2 million refugees (and a lot of them openly unfriendly). Germany is in desperate need of solidarity within the EU and it’s lack of it towards the other Countries in EU (Greece, Spain, Italy, Ireland…) will have a critical effect on the Chancellor’s plans