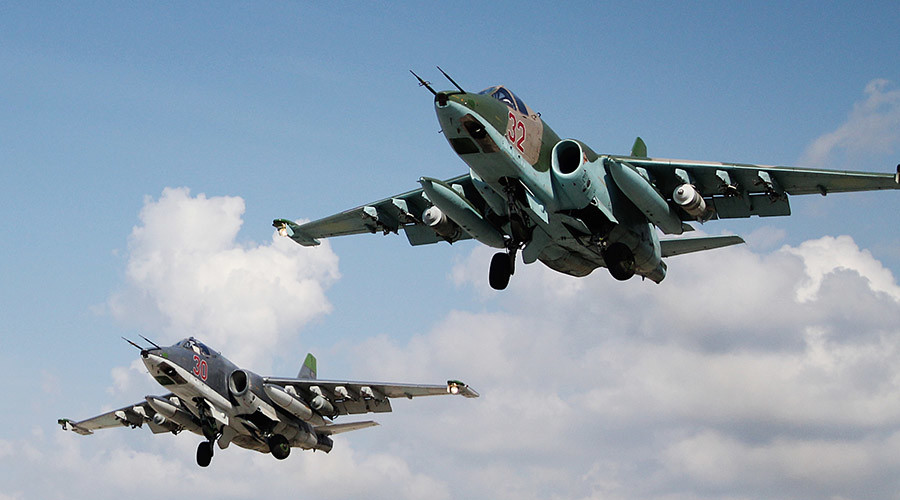 On October 1 and 2, warplanes of the Russian Aerospace Forces (VKS) carried out more than 40 airstrikes on Syria’s central region where ISIS terrorists are waging an insurgency against Syrian government forces.

The airstrikes targeted hideouts of the terrorist group’s cells in the Hama-Aleppo-Raqqa triangle, the eastern Homs countryside and the western countryside of Deir Ezzor.

According to the Syrian Observatory for Human Rights, nine terrorists of ISIS were killed and 12 others were wounded as a result of the Russian airstrikes.

“Most of them [the terrorists] were killed within the desert of Raqqa and Hama,” the London-based monitoring group said in its report.

The VKS stepped up its combat operations against ISIS cells in central Syria early in September in response to an attack that claimed the life of a Russian service member.

Most of ISIS cells in central Syria have been taking shelter in the Homs desert that lays between eastern Homs and western Deir Ezzor. Syrian government forces conduct operations around the desert on a regular basis. The last such operation was launched on September 29.

According to Syrian state media, US-backed militants based in the southeastern area of al-Tanf, where the US-led coalition maintains a garrison, provide ISIS terrorists in the central region with all sorts of supplies, including weapons. This allowed the terrorist group to continue its insurgency in the region.

Time to clean out al-Tanf with ballistic missiles. “traumatic brain injuries” for the terrorist supporters.

Keep it up, al Tanf and Idlib next!